Built from 1986 to 1988 and opening as the headquarters of the North Carolina National Bank, this 454-foot tower is one of the tallest limestone buildings in the world. Architect Harry C. Wolf intended for the building's shape to recall the design of a lighthouse. Critics believe that the building better resembled a silo or beer can.

Rivergate Tower was built between 1986 and 1988. Its design was meant to represent hope-a lighthouse on the banks of the river. 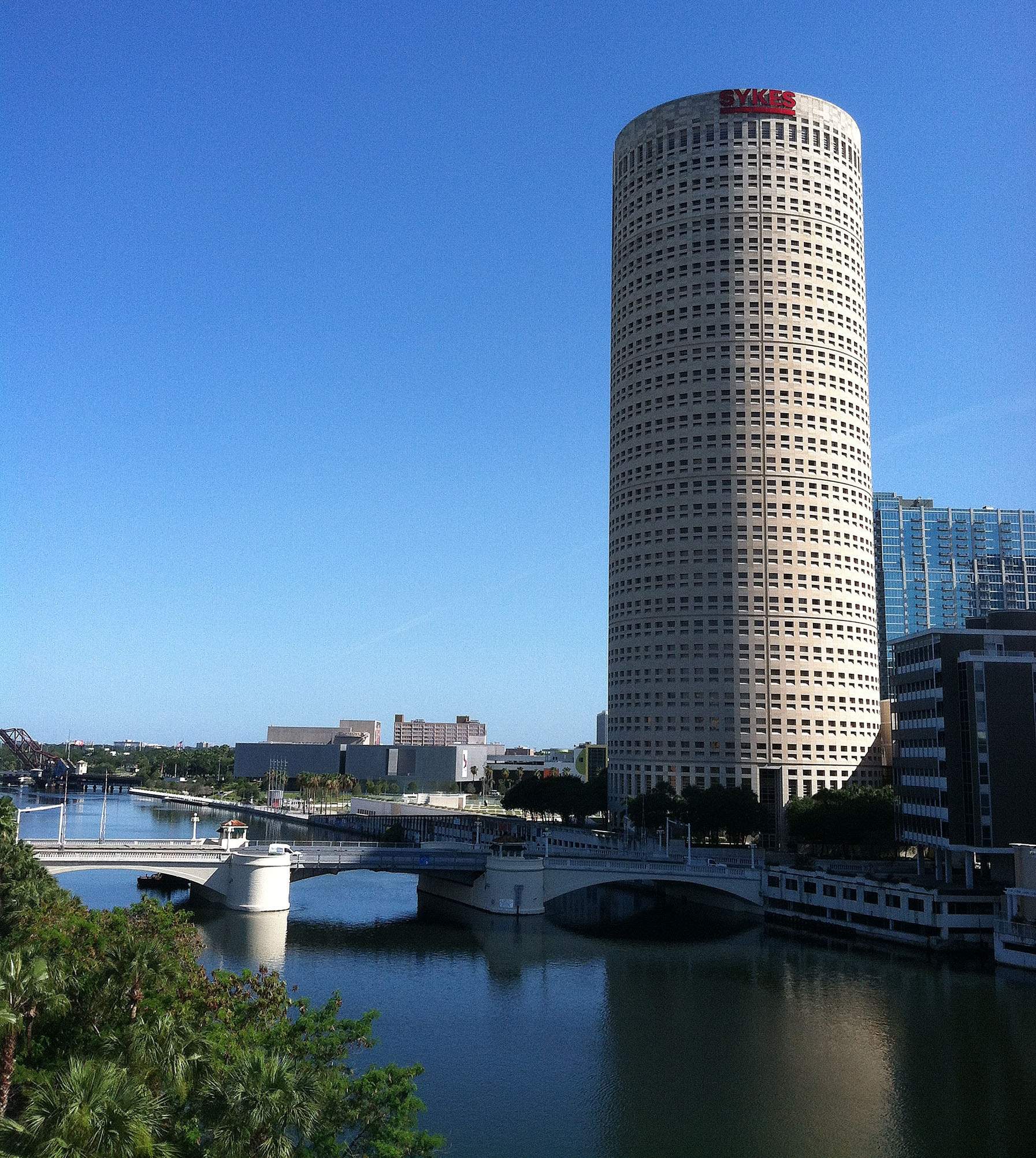 An aerial view of the tower. 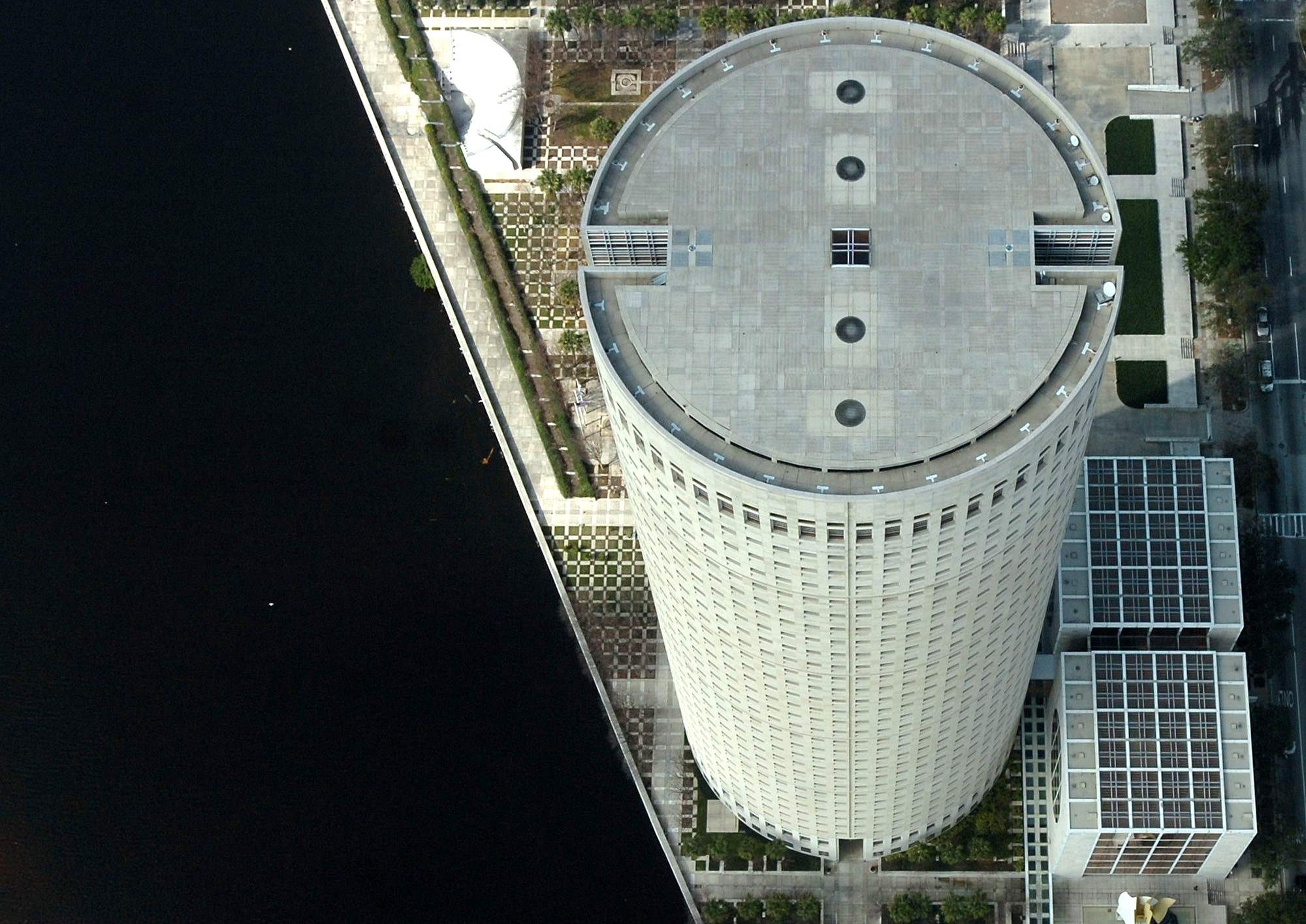 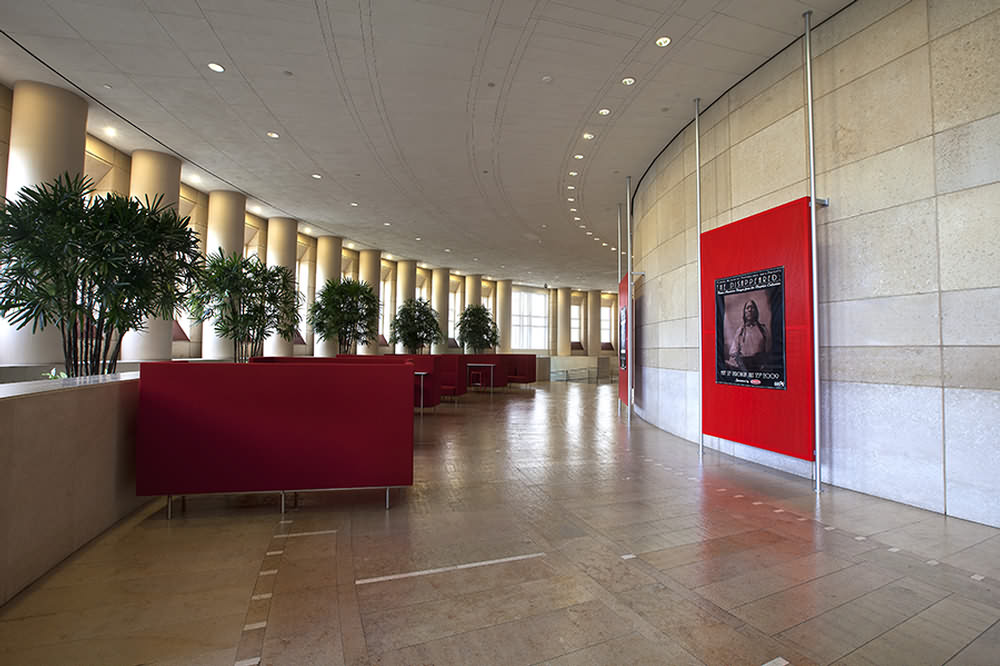 The building's value declines significantly from that original $130 million price tag, being sold for $49.5 million in 2000. After that owner defaulted on their loans in 2011, the building was acquired for only $22 million. In 2014, the building was sold for nearly $60 million, demonstrating the rebound of the real estate market.
The tower features floor to ceiling windows throughout the design. The concrete band horizontally separating these windows  makes it appear as if these large windows are actually two separate windows. The building is now sometimes referred to as the Sykes Building, as its principle tenant is now Sykes Enterprises. North Carolina National Bank was acquired by Nations Bank.