This institute dates back to a 1997 workshop for educators sponsored by the National Endowment for the Humanities. In 2013, the organization merged with the Council of Federated Organizations, an organization that has coordinated the activities of multiple civil rights organizations since its founding in 1961. COFO has had its headquarters in this office since 1963, coordinating the activities of the Mississippi Freedom Summer from this small office.

Hamer is famous for her oft-repeated quote: "I'm sick and tired of being sick and tired," which was part of a speech she delivered alongside Malcolm X at the Williams Institutional CME Church in Harlem on Dec. 20, 1964. 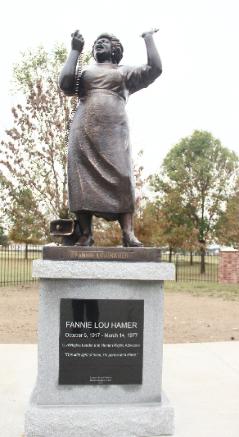 The COFO office has been a center of civil rights activism since its establishment at this location in 1963. 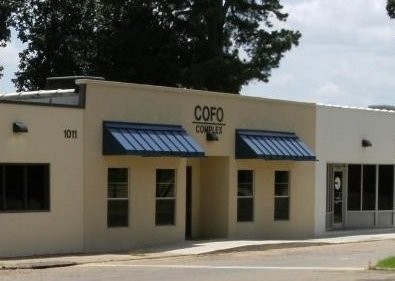 The significance of the COFO office was recognized with this historical marker, located right next to what is now the Fannie Lou Hamer National Institute on Citizenship and Democracy at COFO. 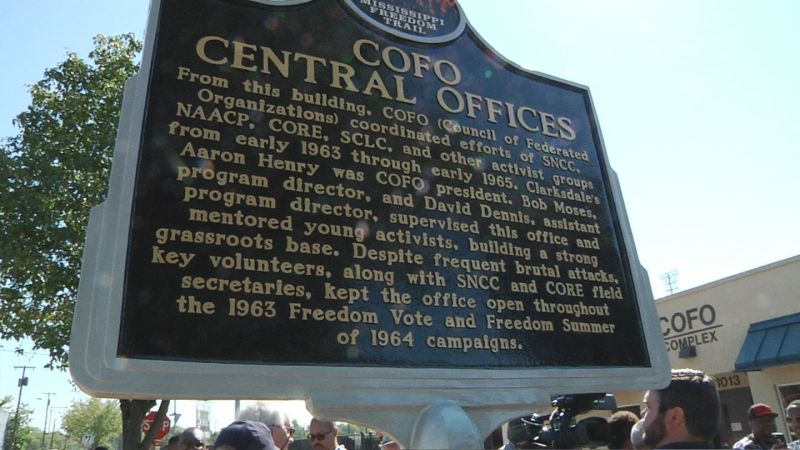 Fannie Lou Hamer was among the most significant participants in the struggle launched in the latter half of the twentieth century to achieve freedom and social justice for African Americans. Born October 6, 1917, in Montgomery County, Mississippi, Fannie Lou Hamer was the last of the twenty children of Lou Ella and James Townsend. They were sharecroppers, and since sharecropping generally bound workers to the land (a form of peonage), most sharecroppers were born poor, lived poor, and died poor. For Black sharecroppers in Mississippi, any attempt to challenge that situation through voting meant risking one's life with little chance of success as African Americans were barred from registering despite the Constitutional guarantees provided by the 15th and 19th Amendment.
At age six, Fannie Lou joined her parents in the cotton fields. By the time she was twelve, she was forced to drop out of school and work full time to help support her family. At age 27 she married another sharecropper named Perry “Pap” Hamer.
In August 1962, Mrs. Hamer attended a meeting of the Student Nonviolent Coordinating Committee (SNCC) in her hometown, Ruleville, Mississippi. This is where she made the fateful decision to attempt to register to vote. For this decision she was forced by her landlord to leave the plantation where she worked. In June the following year, she and several SNCC colleagues were brutally beaten in a Winona, Mississippi jail by law enforcement officers. This beating left her blind in  her left eye and her kidneys permanently damaged.
Mrs. Hamer’s historic presence in Atlantic City at the 1964 national convention of the Democratic Party brought national prominence with her electrifying testimony before the convention’s credentials committee. Here, as a representative of the Mississippi Freedom Democratic Party (MFDP) that was formed in April 1964, she sought to prevent the seating of the all-white Mississippi delegation. While this effort failed, the Democratic Party agreed that in the future no delegation would be seated from a state where anyone was illegally denied the vote. Roughly a year later, the 1965 Voting Rights Act was passed.
After her Atlantic City experience, Mrs. Hamer turned her attention increasingly to building
strong institutions for addressing problems at the local level. She took an active role in antipoverty programs, especially Head Start, and in 1969 founded the Freedom Farms Corporation, designed to help poor farming families—Black and white—become economically self-sufficient; in 1971 she sought to become a Mississippi state senator as an independent.
The Fannie Lou Hamer Institute, together now with the venerable Council of Federated Organizations, works to preserve the legacy of the Voting Rights Act and other measures that insure the functionality and fairness of American democracy. In 2013, however, the United States Supreme Court invalidated the most important sections of that law, opening the door for a return to election laws designed to discourage voting.