The Old Stone Church Archaeological site, located in Leesburg, Virginia, was the location of a Methodist church beginning in 1770. It is the earliest known Methodist church site in the United States. During the American Civil War, the Old Stone Church served as a Union hospital. The issue of slavery divided the congregation, leading to a court battle and an eventual split. Before its demolition in 1900, the church was rebuilt and enlarged several times. Today, the site is identified with a Civil War Trails historical marker and is listed on the National Register of Historic Places.

The Old Stone Church, site of the first property deeded to the Methodist Church in the United States. Image by Jerrye & Roy Klotz, MD - Own work, CC BY-SA 3.0, https://commons.wikimedia.org/w/index.php?curid=29941827 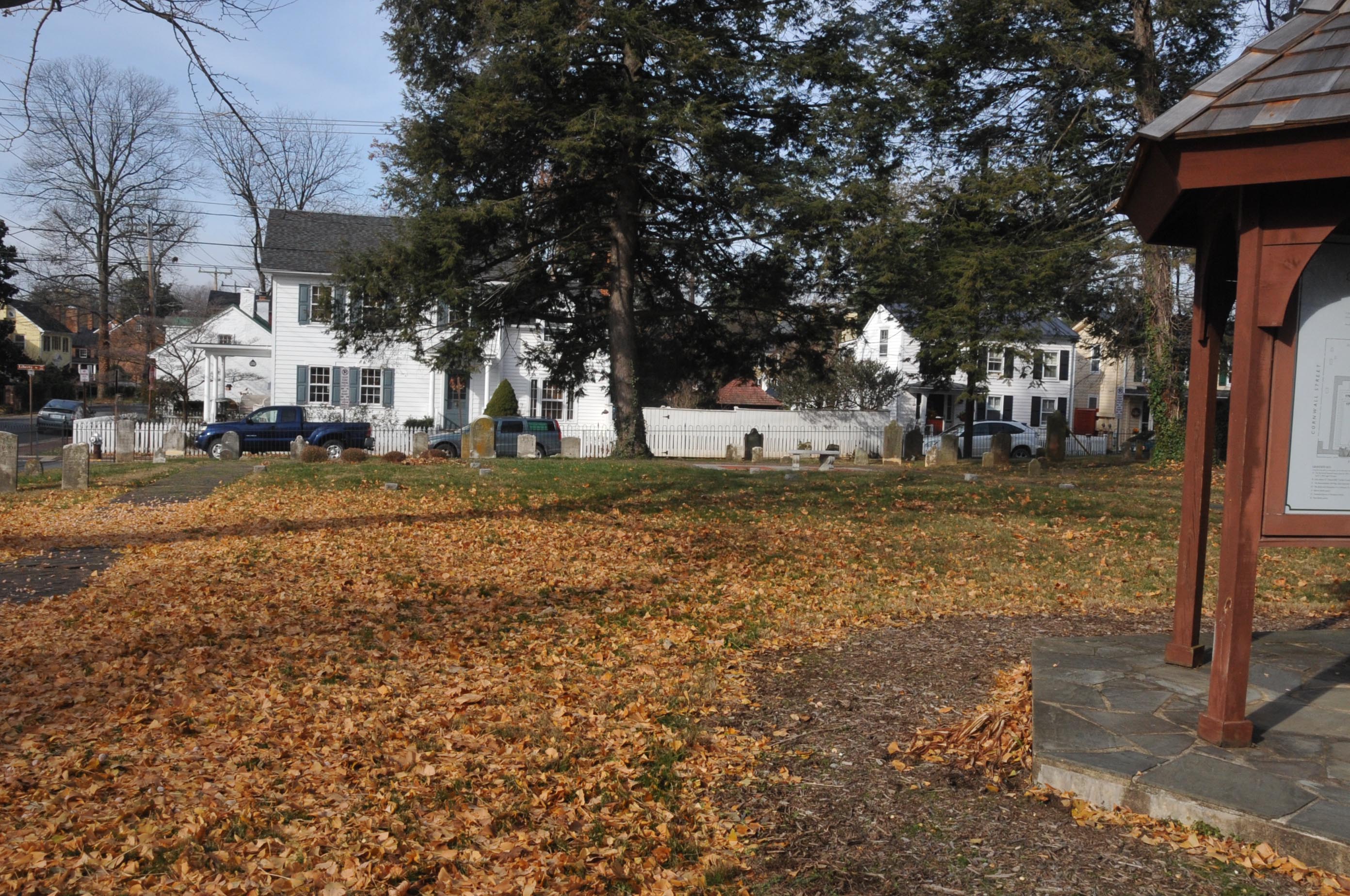 The Old Stone Church is an archaeological site on which lie the foundation stones of the earliest known Methodist Church in the country. The property is also home to a cemetery (which includes the graves of historic Methodists Richard Owings and Captain Wright Brickell) and an interpretation center. A historical marker on the grounds is part of the Civil War Trails series, which recognizes the role the church played during the conflict. Artifacts from the church can be viewed at the nearby Leesburg United Methodist Church.

On May 11, 1766, one of the founders of Leesburg, Nicholas Minor, deeded the half-acre property to Methodist Robert Hamilton for ″four pounds current money of Virginia, for no other use but for a church or meeting house and grave yard.″1 The deed, which was delivered to the Methodist society on September 28, 1768, is still extant and can be viewed in the Loudoun Courthouse. A stone church was subsequently built on the property c. 1770.

The Old Stone Church was rebuilt a number of times during its history. In the 1780s, the original structure was replaced with a larger building. The church was expanded some time between 1785 and 1790. Inside the meeting house, notable early Methodists preached to the congregation. Among these were Thomas Rankin (John Wesley's friend and missionary to America), Francis Asbury (who preached at the church in 1776), and William Watters (the first American-born Methodist traveling preacher).

In 1844, the mixed-race congregation, split on the issue of slavery, was divided into Northern and Southern bodies. A court battle for control of the property followed. The Old Stone Church, part of the Baltimore Annual Conference at the time, remained. The Southern congregation left in 1848 to form their own congregation in Leesburg. During the Civil War, the Old Stone Church was used as a Union hospital twice, once by Assistant Surgeon David L. Magruder in 1861, and again during the Second Battle of Manassas in 1862. The church was occupied at various times by both sides, and the building was eventually dismantled.

Though the church was rebuilt in 1870, the declining congregation led to its eventual abandonment in 1894. Three years later, a Loudoun County court ordered that the property be sold and the proceeds divided amongst the two congregations: the black members of Mt. Zion Church in Leesburg, and the white congregation at the Southern Methodist Church. The Old Stone Church was demolished in 1900. In 1961, the Virginia Conference of the Methodist Church bought the property. Archaeological excavations conducted under the auspices of the Society revealed the foundations of both the 1768 and 1785-90 churches.