During the final day of 1862, Confederate Cavalry General Nathan Bedford Forrest advanced to the Tennessee River in preparation to cross over into western Tennessee in order to harass Union forces in the area, in hopes such actions would cause the Union to abandon their design to capture Vicksburg along the Mississippi River. In order to stop him, Union forces under Brigadier General Jeremiah C. Sullivan, with the brigades of Colonel Cyrus L. Dunham and Colonel John W. Fuller, confronted Forrest while he was raiding the Parker's Cross Roads community. During the day's fighting, both sides seesawed along the battlefield before both forces left the field. Both sides claimed victory, however, it may seem the Confederates could claim victory as Forrest was still able to eventually cross the Tennessee River into western Tennessee. 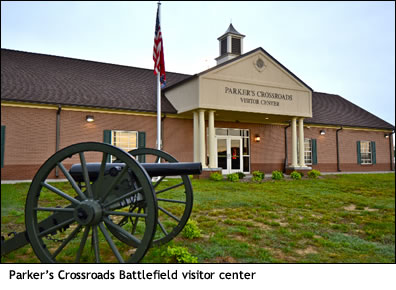 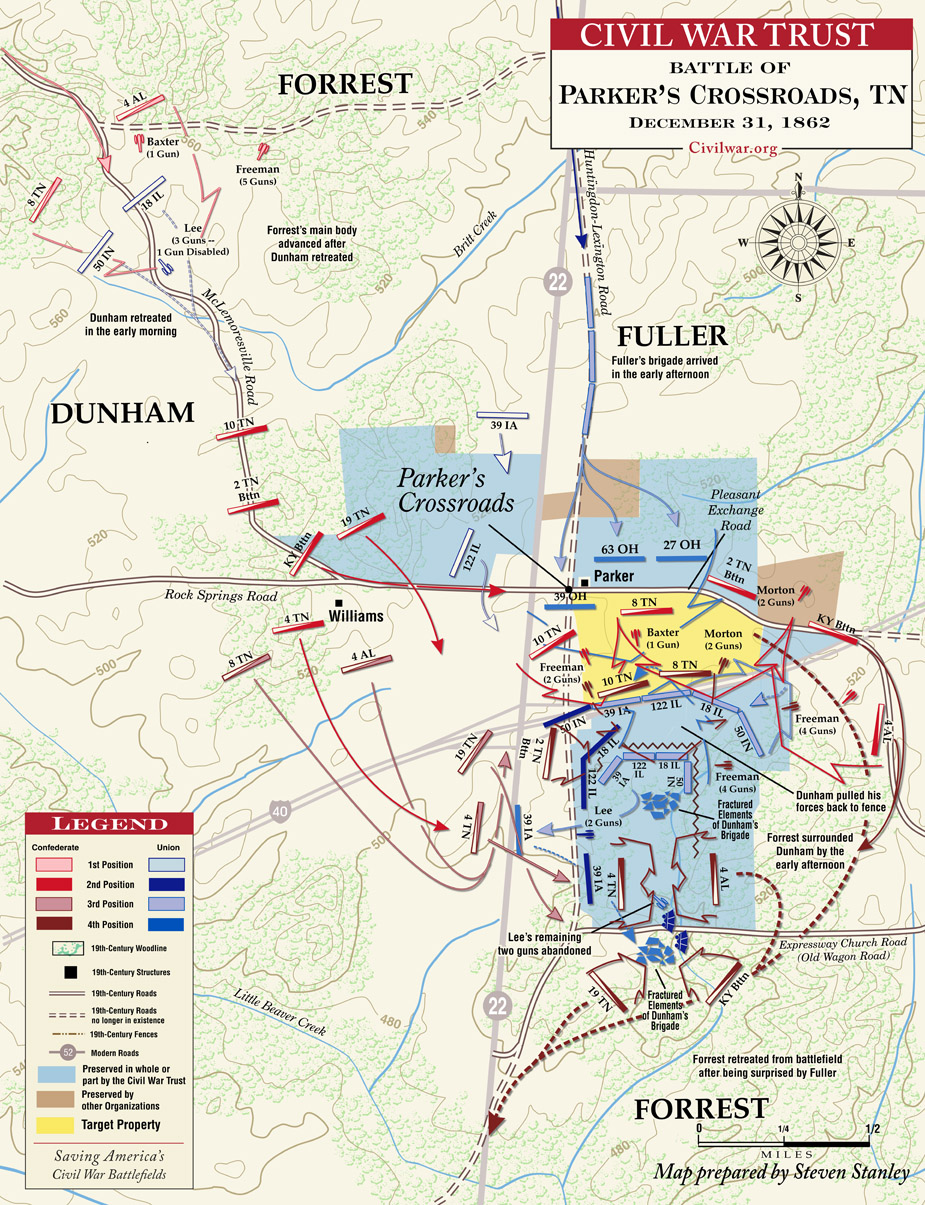 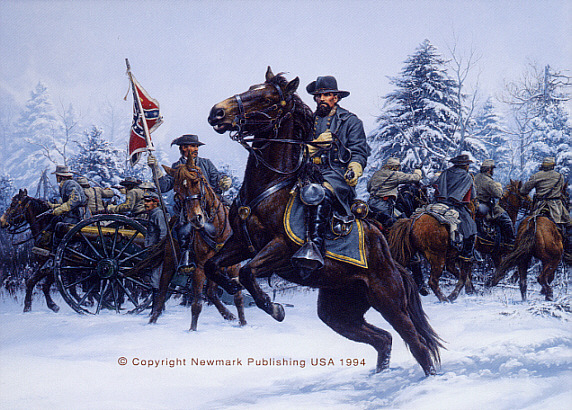 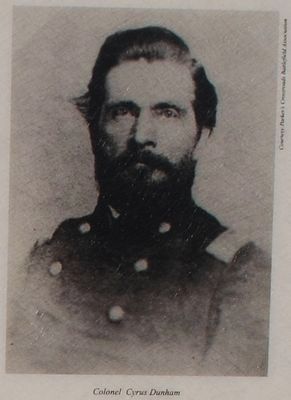 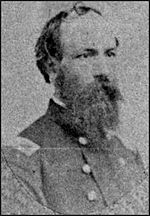 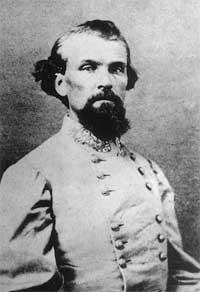 A cannon on the battlefield 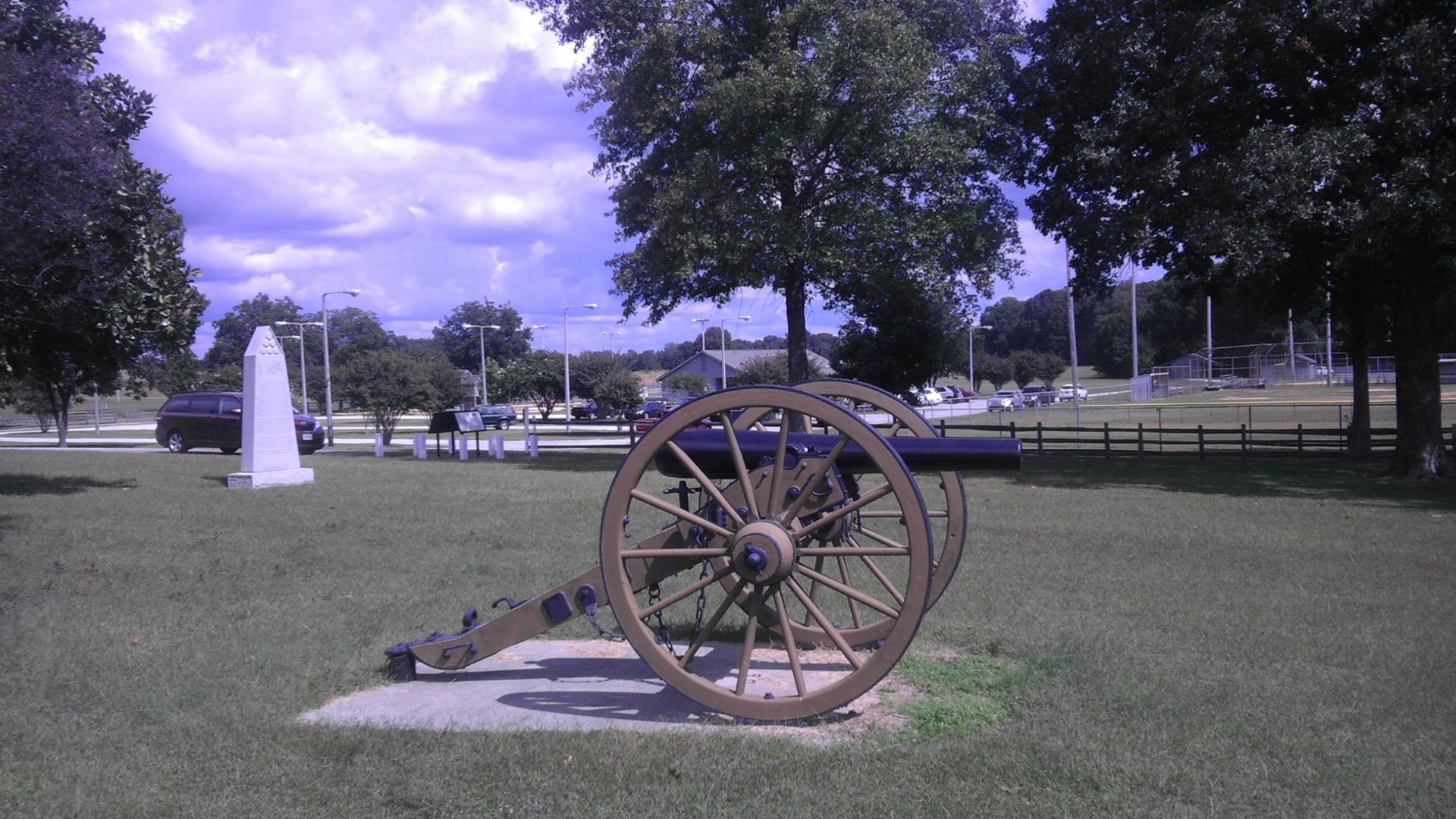 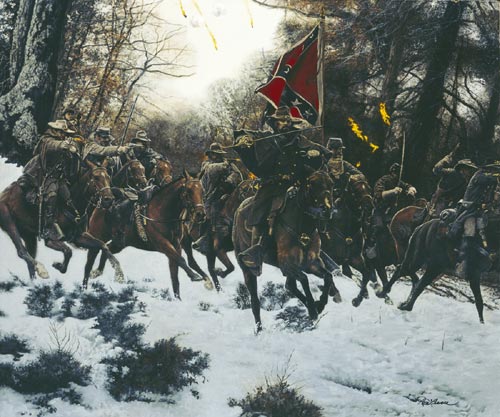 Having set out from Columbus, TN on December 11, Forrest made his way to the Tennessee River and western Tennessee. His first object on the way was to retake Lexington, TN from Union forces, which he did so following a battle on the 18th of December. As the end of December came, many Union forces from all over Middle Tennessee were on route to stop Forrest. While in Parker's Cross Roads (now Parker's Crossroads), Forrest's men detected one of the sets of Union forces bearing down on them. Rather than leave or take defensive positions, Forrest decided to attack.

Fighting began around 9am on December 31 as Forrest's dismounted cavalrymen attacked forces under Colonel Dunham head on, with a flanking force on its way to Dunham. This action began to go Forrest's way when his artillery pushed Dunham's forces back until Confederate forces discovered firing taking place behind them--men under Fuller attacking the Confederate rear. Although he found himself about to be surrounded, Forrest demanded that Dunham surrender. Dunham refused.

Attacked from both sides, Forrest was said to have cried, "Charge 'em both way!" Whether he truly said that or not, such a tactic did take place. His forces first attacked Fuller's men before during on Dunham's men, a force exhausted from the day's fighting. This double charge pushed both Union forces away from Forrest, which allowed him to flee south, towards Lexington, TN, the same place he had captured a couple weeks before.

Having stopped Forrest before he reached the Tennessee River and away to a secure location (along with 300 prisoners), Union forces claimed victory. At the same time, Forrest declared victory be he was able to drive off a superior enemy and avoid capture. However, claim of victory would go to the Confederates since Forrest would still cross over the Tennessee just a few days after the battle. His able to cross and harass Union forces in western Tennessee, along with the actions of another Confederate Cavalry General, Earl Van Dorn near the Mississippi River, Union General, Ulysses S. Grant was forced to abandon his designs for Vicksburg for another time.

Since the 1960s, once a highway came to and through Parker's Crossroads, efforts went underway to preserve the battlefield, which had been seen as way to boost tourism into the area. Between and 2011, Civil War Trust, a preservation and interpretation group, and the local Parker's Crossroads Battlefield Association, were able to preserve 350 acres. Since 2011, key 52 additional acres were preserved. This was deemed "key," because on those 52 acres the Confederate artillery had been located. Visitors can tour both the battlefield and visit the newly constructed visitor center.