The Jones Point Light, built in 1855, is the last riverine lighthouse in Virginia. It is located near the South Cornerstone Boundary Marker, which historically denoted the southernmost point of the District of Columbia, at the tip of a cape on the Potomac River. The lighthouse operated from 1856 until 1926, and was relit by a private concern in 1995. It is considered a Virginia Historical Landmark and has been listed on the National Register of Historic Places since 1980.

Jones Point Lighthouse on the bank of the Potomac. Image by AgnosticPreachersKid at en.wikipedia, CC BY-SA 3.0, https://commons.wikimedia.org/w/index.php?curid=16241913 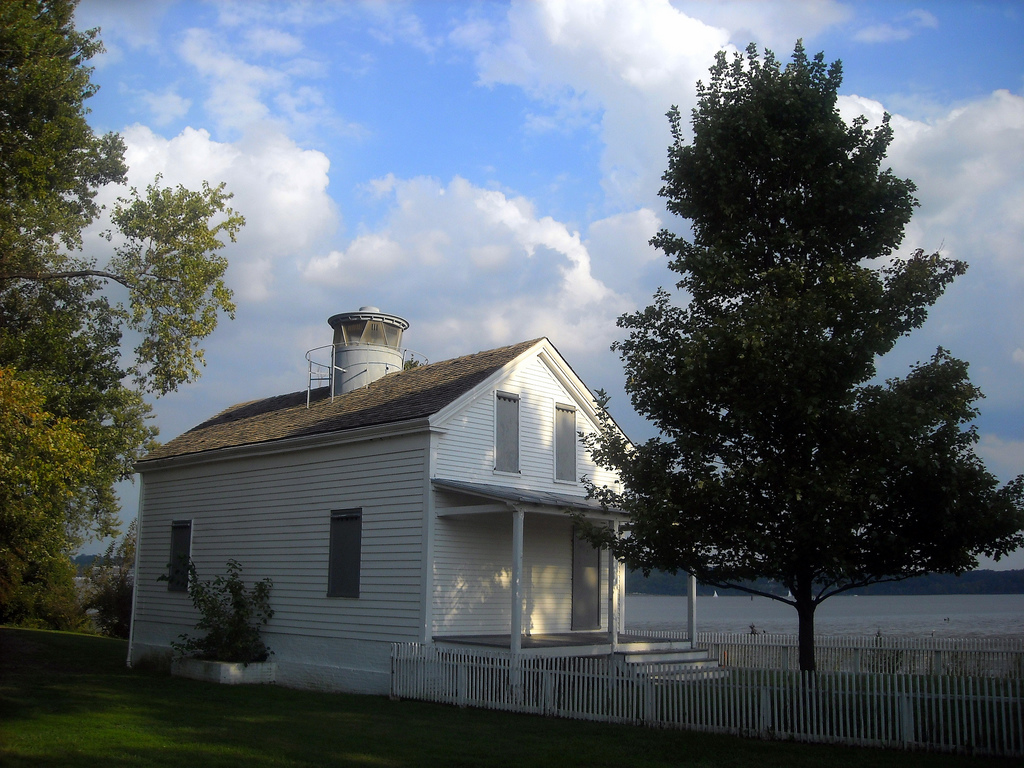 The fifth-order Fresnel lens once used at the lighthouse, on display at The Lyceum, Alexandria's history museum. Image by Ser Amantio di Nicolao at English Wikipedia, CC BY 3.0, https://commons.wikimedia.org/w/index.php?curid=26636088 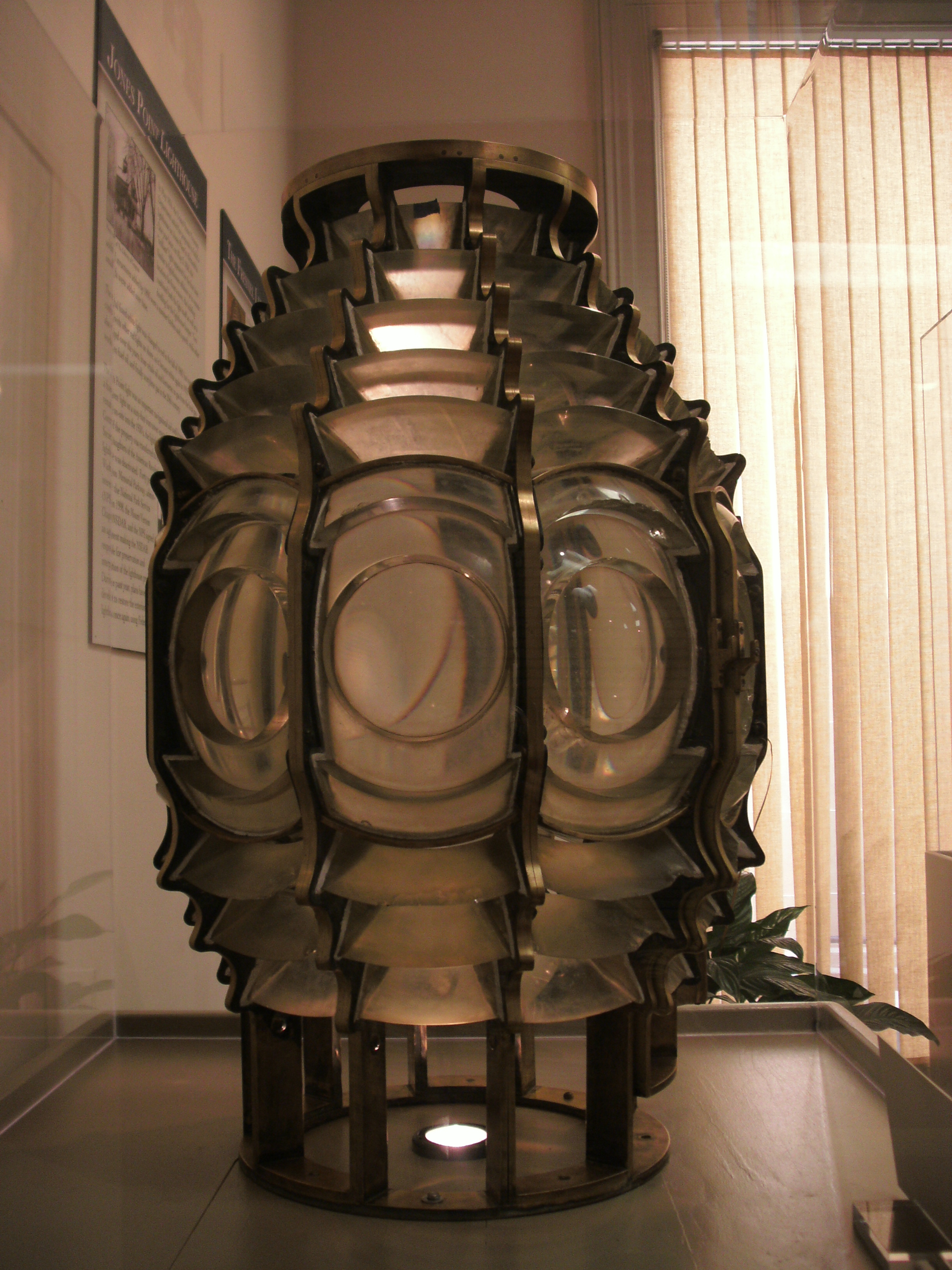 Just south of Alexandria, Virginia, on the tip of a cape in the Potomac River, is the Jones Point Lighthouse. Constructed in 1855, the small, one-story structure is the last riverine lighthouse in the state. It is located just north of the confluence of Hunting Creek and the Potomac River, near the location of the South Cornerstone Boundary Marker. The marker was the first of many erected during the 1791-1792 survey that demarcated the boundaries of the District of Columbia. George Washington originally chose this location to serve as the nation's capitol because it demonstrated the potential for expanding riverside commerce.

The lighthouse at Jones Point featured a lantern at the top, which served primarily as a warning light for naval ships approaching the Washington Navy Yard. It was intended to be a navigational aid that would help ships avoid shifting underwater shoals, and supported the growing maritime economy in the region. It was simple in design, similar to residential structures in the area, which allowed the government to construct the lighthouse quickly and cheaply. The fifth-order Fresnel lens was the most advanced lens technology available in the 1800s; the light beam could be seen nine miles away.

Residing in the four-room structure was the lighthouse keeper and an attendant appointed by the president. Keepers and their families were allowed to live in the house rent-free. Lighthouse employees were responsible for keeping the beacon lit 24 hours a day, maintaining the building, and keeping records of shipping traffic, weather, and tides. Increasing traffic on the Potomac River, however, meant that the burgeoning industrial center was noisy, congested, and polluted.

In 1926, the lighthouse was discontinued and replaced by a small steel skeletal tower, which was itself ceased operating after only 10 years. A 1918 shipyard built to construct vessels during the Second World War had obscured the beacon, and officials determined that an automated lighthouse would be more cost effective. The original structure was subsequently deeded to the Mount Vernon Chapter of the Daughters of the American Revolution (DAR), who maintained it as a museum until 1936. When the Army Signal Corps constructed a classified communication facility on the shipyard, the lighthouse was closed to the public. It reopened in 1953, but had by then suffered severe damage from harsh environmental conditions and vandalism. DAR transferred ownership of the structure to the National Park Service in the 1980s in order to ensure its preservation.

In 1995, the Jones Point Light was relit by a private organization. The lighthouse has been part of Jones Point Park since 1964. Visitors to the site can approach the lighthouse, but it is not possible to enter except for during per-arranged tours.