South Pass became the route through the Rocky Mountains for most of the pioneering emigrants who traveled to the Pacific in the 19th century. This pass was traveled by Native peoples for centuries prior to the arrival of wagon trains and cavalry. This pass was also traversed by riders on the Pony Express prior to the completion of the Trans-Continental Railroad.

Somewhere around 400,000 emigrants crossed South Pass in search for Oregon, California or Utah’s valley of the Great Salt Lake. They brought along their wagons of supplies and their cattle in search for a new start. 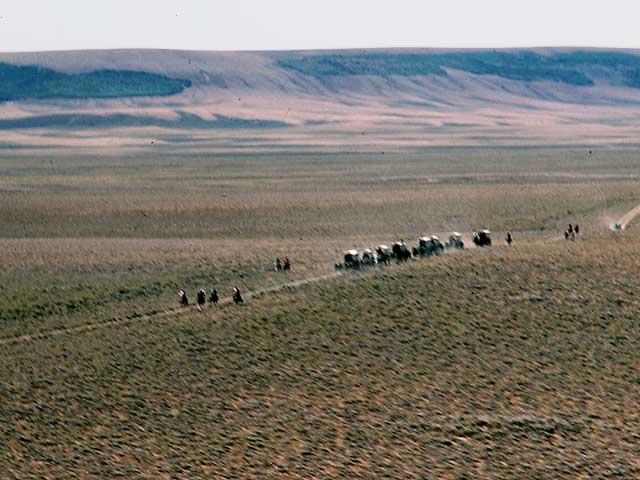 Photographer William Henry Jackson drew this sketch of the South Pass. From the sketch, you can see the line of wagons traveling through the pass along with the Oregon Buttes in the far distance. 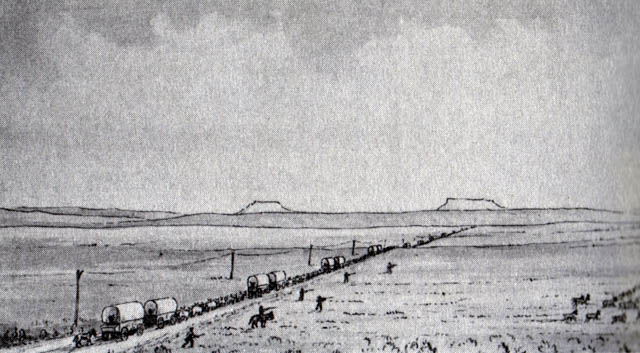 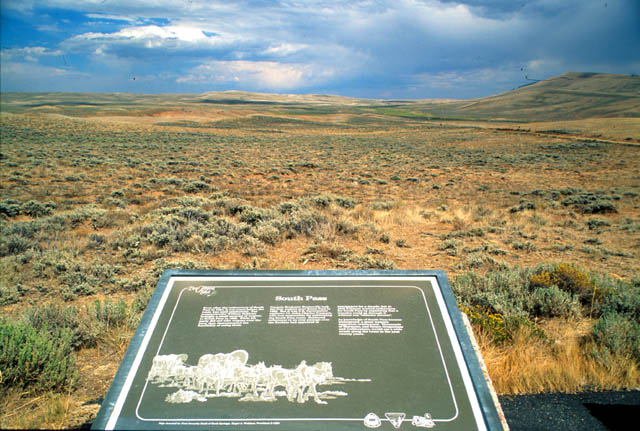 The South Pass, at an elevation of 7,550 ft and about 20 miles wide, was utilized for centuries prior to its "discovery" in 1812 by pioneer Robert Stuart of the Pacific Fur Company. The pass was rediscovered took another twelve years by fur traders Jedediah Smith and Thomas Fitzpatrick. Knowledge of the pass allowed other trappers, soldiers, and settlers to pass through the Rocky Mountains.

In 1842, a small seam of gold was discovered in the area which led to a number of mining communities springing up in hopes of making their fortune. The local gold rush led to the creation of South Pass City in Fremont County, Wyoming. Most of the Americans who came through the pass in the mid-19th century were travelling west along the Oregon Trail.

Bagley, Will. “South Pass: Gateway to a Continent”. University of Oklahoma press: (2014)