Located on the banks of the Ogeechee River, the Ford Plantation is one of greater Savannah's wealthiest communities. It is named after Henry Ford, the founder of Ford Motor Company, who arrived in Richmond Hill (originally called Ways) in the mid-1920s to build a winter home and to help local citizens, especially African Americans, alleviate their social and economic problems. Ford strongly believed that industry and agriculture could work together to strengthen communities and used the plantation to test this philosophy. In short, he wanted to help people by providing them with the opportunity to work and learn the skills (in farming and manufacturing) they could use the rest of their lives. Today, the property is a residential and sporting community featuring many large homes, including the mansion Ford built, and a world-class golf course. The plantation is listed on the National Register of Historic Places. 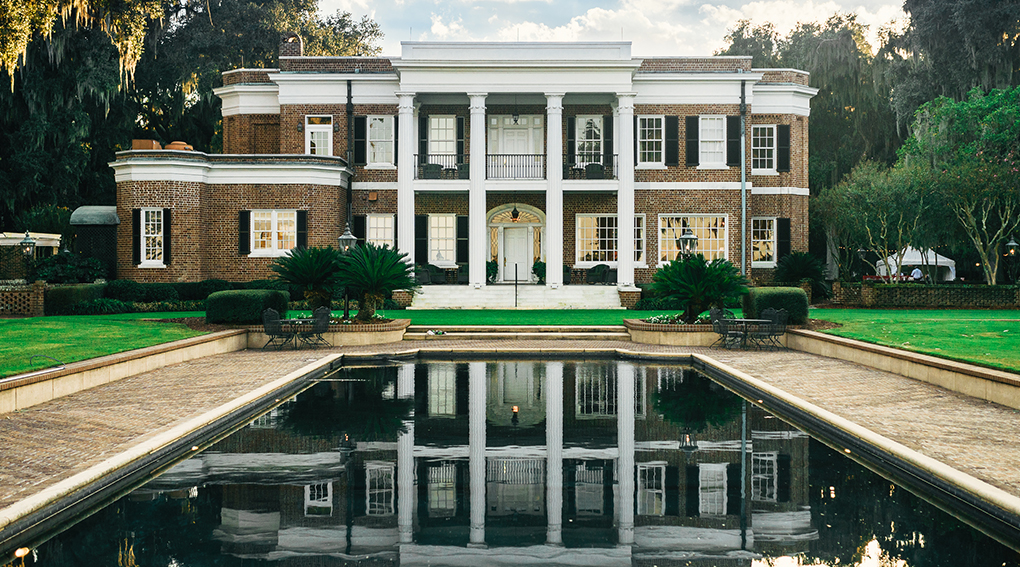 The property was first granted to Hugh and William Sterling in 1733 (the colony of Georgia was established a year earlier). It was later owned by John Harn, who called it Dublin Plantation and started to grow rice, the crop that would soon become one of the state's most important exports.

By the time Ford arrived the land had reverted to back to marshes. Mosquitos thrived and as a result malaria was a major problem. To eradicate the disease, Ford established clinics and hired doctors and nurses. Ford also established schools, a sawmill, and machine shops. For African Americans, this included a grammar school, high school, and night classes for adults. Eventually, people lived in a village comprised of 170 houses, which they built themselves, on the plantation. When Ford died in 1947, his grandson did not continue these endeavors and closed down the facilities in 1951. The property had several owners in the coming decades, including Saudi businessman Gaith Pharaon, who had the golf course built in the 1980s. In 1998, it was bought by Sterling and Bluff Associates who established the community we see today.

It is a private community not open to the public.