This historical marker relates the history of the rock formations named in honor of John Champe, a soldier during the Revolutionary War. The rocks reach 2,257 feet above sea level and were part of the West Virginia Maneuver Area during the early 1940s, a site used to train members of the United States military as mountaineers. 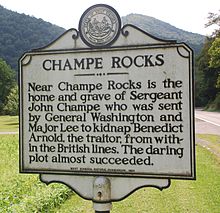 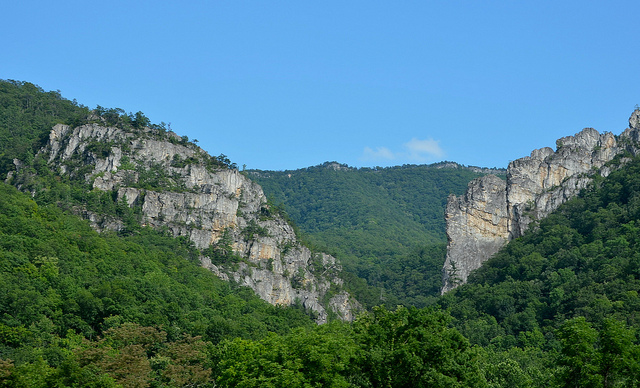 View from the river 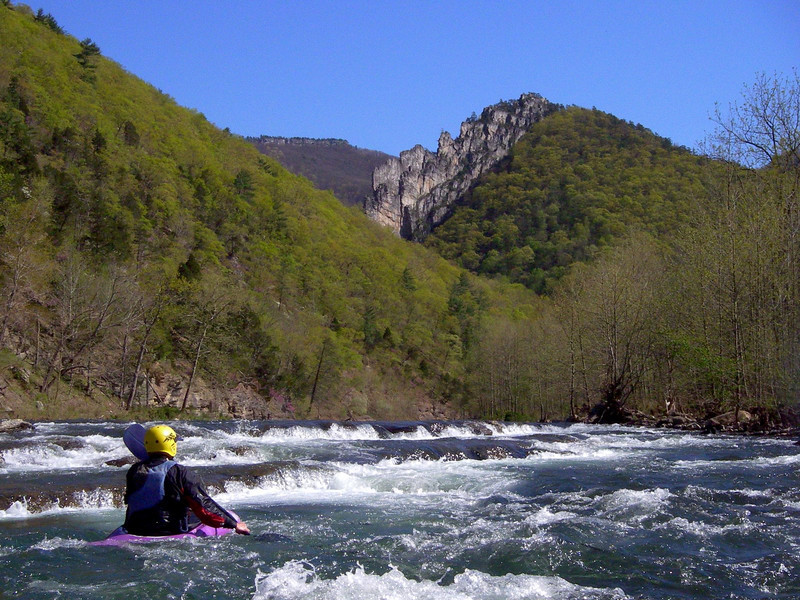 View in the Fall 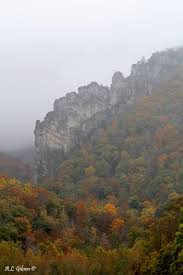 John Champe was a sergeant during the Revolutionary War and lived near this marker. Champe was tasked by General George Washington and Major Lee to kidnap Benedict Arnold. At the time, Benedict Arnold was across British lines, and although the mission almost succeeded, it ultimately failed. During the plot, Champe acted as an American deserter in order to join the ranks of the British army. He was forced to abandon the mission hours before the capture due to the reassignment of Arnold. Arnold was to command an assault on Virginia with Champe among his ranks. Sergeant Champe eventually escaped since the opportunity to capture Arnold had passed.

During World War II, Champe Rocks were used along with several other rock formations as American military training camps. The United States military observed how similar the West Virginia mountains were to those in Italy.  The soldiers that trained here became known as the Mountain Training Group and were also known as ski troopers or snow soldiers. Along with rock climbing, soldiers were able to take nearby classes to learn how to use pack mules and carrier pigeons.