Grafton is an abandoned pioneer town located just outside of Springdale UT, near Zion National Park. It is one of the most iconic ghost towns in Utah and still appears much as it did when the town was abandoned. The town started in 1859 as a cotton farming project ordered by Brigham Young. The community never prospered and was abandoned by 1921 due to its isolation and problematic living conditions such as flooding. 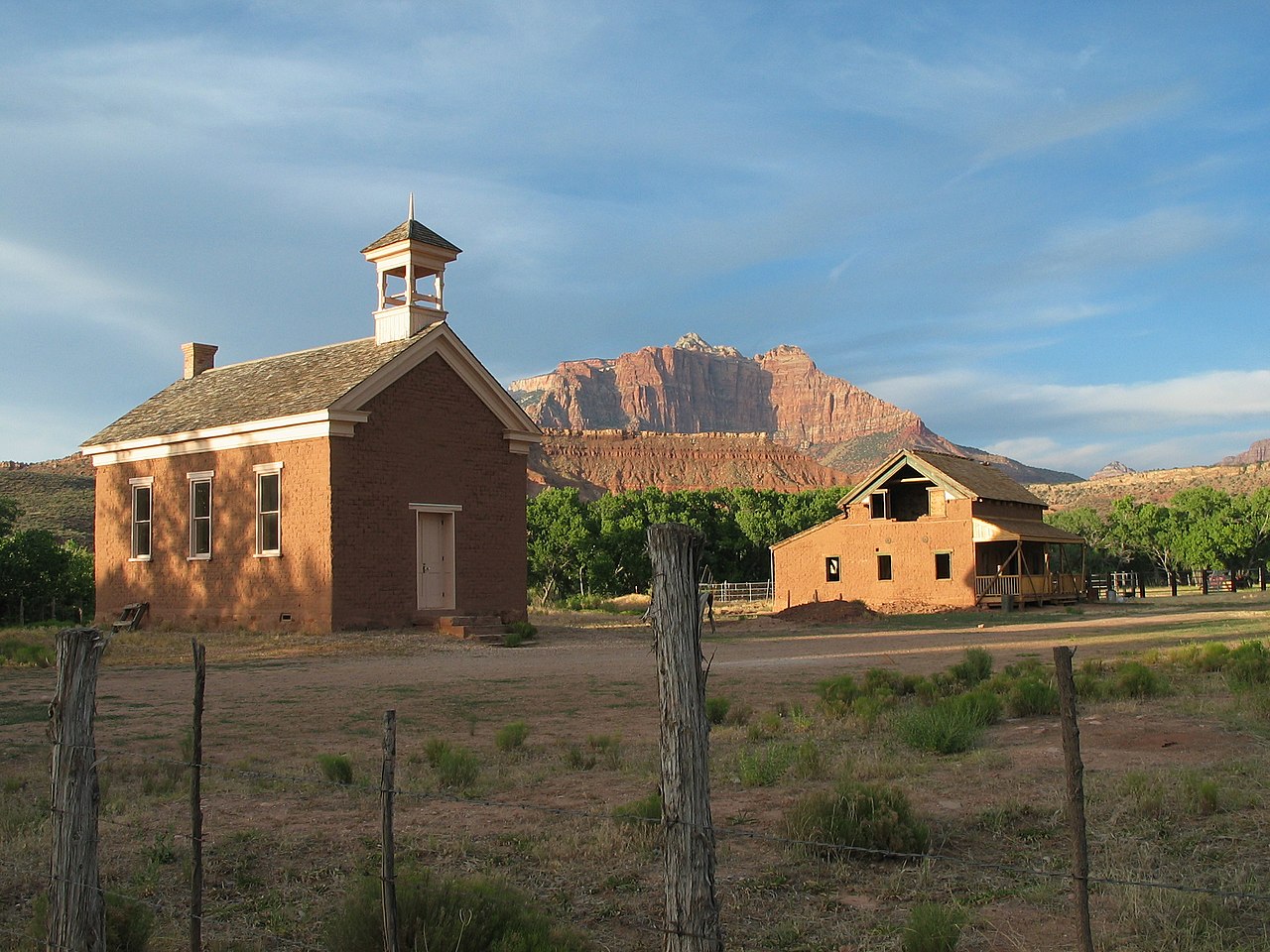 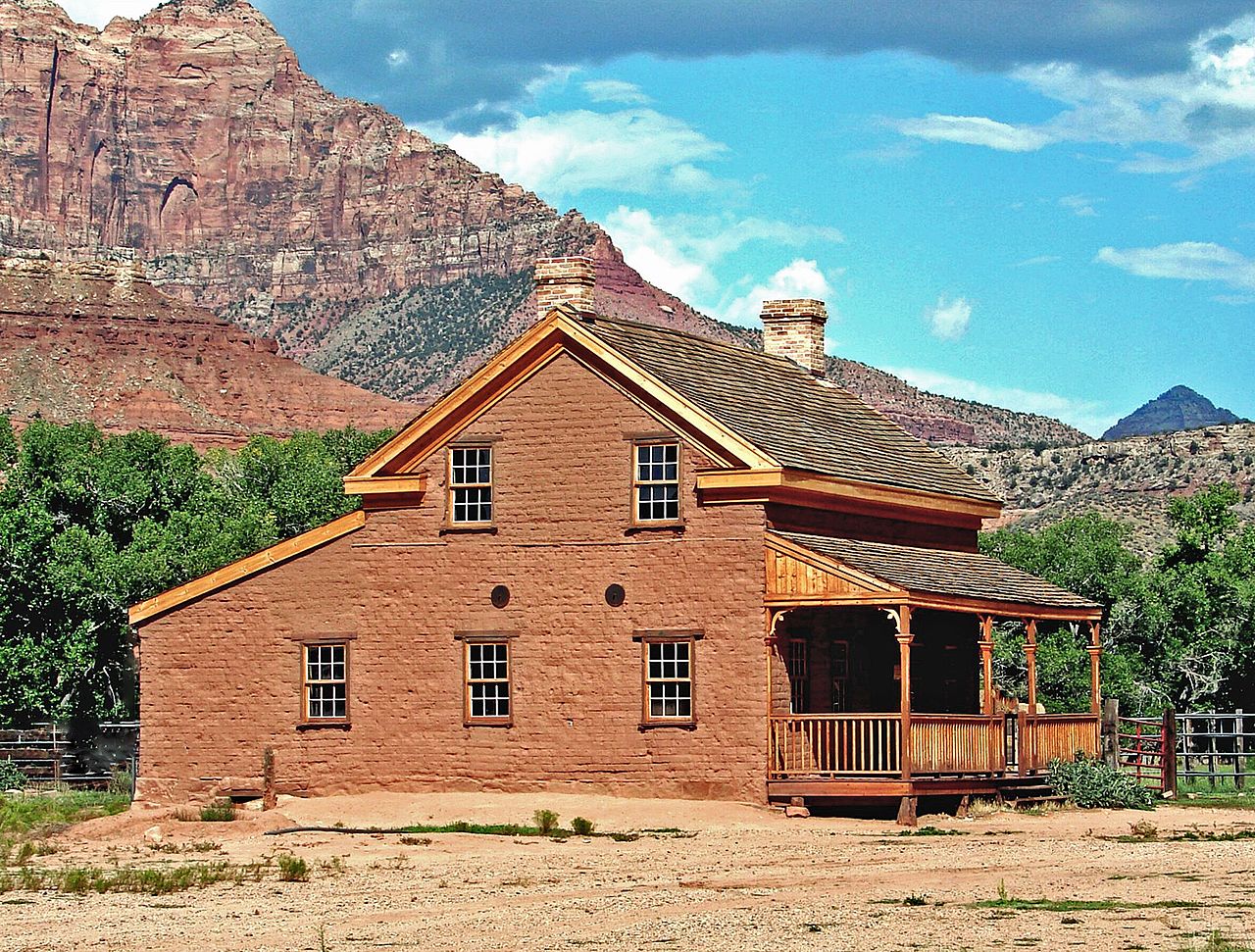 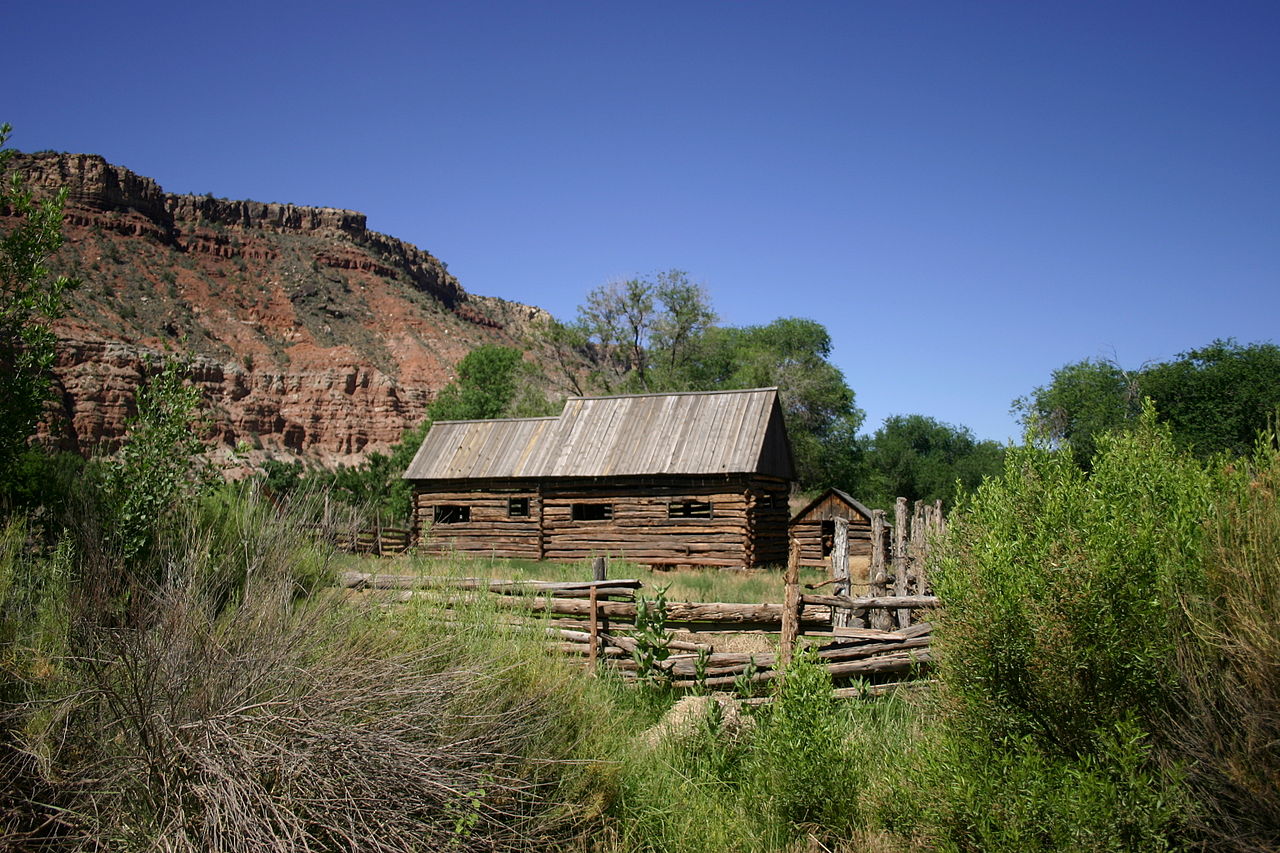 Established in 1859, Grafton was part of a plan to settle the Virgin River area by Brigham Young who sent Mormon pioneers to settle the region as a cotton farming project. The isolation of the area and often difficult conditions for farming made life in the settlement difficult leading to the town’s abandonment in 1921. Today it has become an iconic image of the American West, appearing in several Hollywood films and taking a place among popular ghost towns of the West as one of the most photographed historical landmarks in the United States.

Surrounded by the unique and natural beauty of the red rocks, and its close proximity to what we know today as Zion National Park, Grafton is situated in an agreeable and picturesque place; it’s not difficult to imagine why people would want to settle here. The initial establishment of Grafton was brought about by Nathan Tenney and five other families in 1859. They made houses and crops to live off of with the focus being “community and faith”[1] key principles of the Mormon religion.

After the Civil War began and the demand for cotton needed to be filled, Brigham Young saw the opportunity in “Little Dixie” and implemented cotton production as part of the project for the Grafton settlement. Cotton succeeded alongside the other crops, however, by 1862, it became clear just what kinds of issues the settlement would face: flash flooding and isolation. A large and devastating flood caused these first five families to move the entire town up to higher ground, where the present-day town of Grafton stands. Grafton existed as a center of cotton plantation but the settlement was always small.

Grafton’s position on the south bank of the Virgin River led to frequent flooding. These devastating floods became so frequent that the settlers were unclogging and rebuilding the irrigation ditches weekly rather than a few times per year as was typical of other areas. Lizzie Ballard Isom recalled in her diary the extent of the damage the floods created:

We witnessed many awful floods in the river . . . One day another flood came and was running so swift with everything imaginable in it. There was a cow that had been caught in its path along with beehives, all kinds of farm equipment, field and garden produce . . . The floods came so many times and claimed so much of the land that the people became discouraged and abandoned Grafton.[2]

Another factor contributing to Grafton’s difficulties was the “Indian problem.”[3] There were tensions between the settlers and the Paiute, Ute, and Navajo tribes as Grafton was part of their pre-existing lands or travel routes. Several raids occurred in Grafton after Mormon settlement, and it increasingly became too violent for the settlers to continue living there. The Deseret News reported:

About two years ago, owing to the war-like attitude of the Navajo and Ute Indians, it was deemed prudent for the inhabitants of Grafton, Shunesburgh, and Springdale to concentrate at [Rockville]; but now that peace seems to be restored for a season, the brethren are anxious to return to their former homes, and some are now moving in that direction.[4]

1866 quickly became a trying year for citizens of Grafton as evidenced by its cemetery. Fourteen people died in quick succession of each other by disease, accidents, or Indian raids. Eventually, the damages were much higher than the costs and the Mormon Church called for the settlers of Grafton to evacuate. Erastus Snow, a church official recommended they move across the Virgin River to Rockville indefinitely for their safety.[5] The other major towns around the Virgin River such as Rockville and Hurricane are still populated today because they were able to live off of the land without the difficulties of the flooding that settlers of Grafton experienced. Despite their trials, the settlers of Grafton were eager to return to their homes and their lands on the south bank of the river.

The conditions of the Virgin River area made for good cotton and agricultural production. When the floods were not ravaging the town of Grafton, it proved to be a prosperous place to live in. In 1863, in a letter to a domestic garden club, Thomas H. Woodbury outlined which crops were successful and which were not in one of the early years of the Grafton settlement. In his account, Woodbury is optimistic on Grafton’s agricultural potential. [6] The problem with this data is that it was only one year’s worth of documentation, three years before the major floods hit and led to Grafton’s initial abandonment in 1886. Yet even after the havoc of Indian raids, disease, and floods the settlers were willing to return to this potential prosperity.

After about two years the settlers slowly moved back to Grafton, and by the 1870s they reestablished it. This time, the town added the production of silk to help boost its economy and established trading routes between the northern towns and even down into Nevada.[7] Grafton began to prosper again, and in 1886 the iconic adobe schoolhouse was built. A decent population held until 1906 when a canal project in Hurricane enticed families to move away for better job opportunities. By 1921, the Mormon Church had pulled the ward established in Grafton. Only four families remained and Grafton was considered abandoned.

In later years, the ghost town was filmed for several Hollywood films, including In Old Arizona (1929), Butch Cassidy and the Sundance Kid (1969), and Red Fury (1984). Today it stands as a monument to the history of Utah: the history of Mormonism and the organization of the LDS church are seen in Grafton, as well as impacts state and national histories had, with the outbreak of Civil War influencing cotton production in “Little Dixie”. Grafton’s ghost town is an interesting piece of living history of Utah and U.S. westward expansion; any visitor to the town is able to really experience those histories.