The Union Army Winter Camp Remains are located in Stafford, Virginia. This was once the site of a Union 11th corps winter camp. Union soldiers drilled and camped at this location. They also built roads and fortifications around the wooded park. Visitors are welcome and encouraged to visit the camp remains and embark on the pieces of history that were left behind. 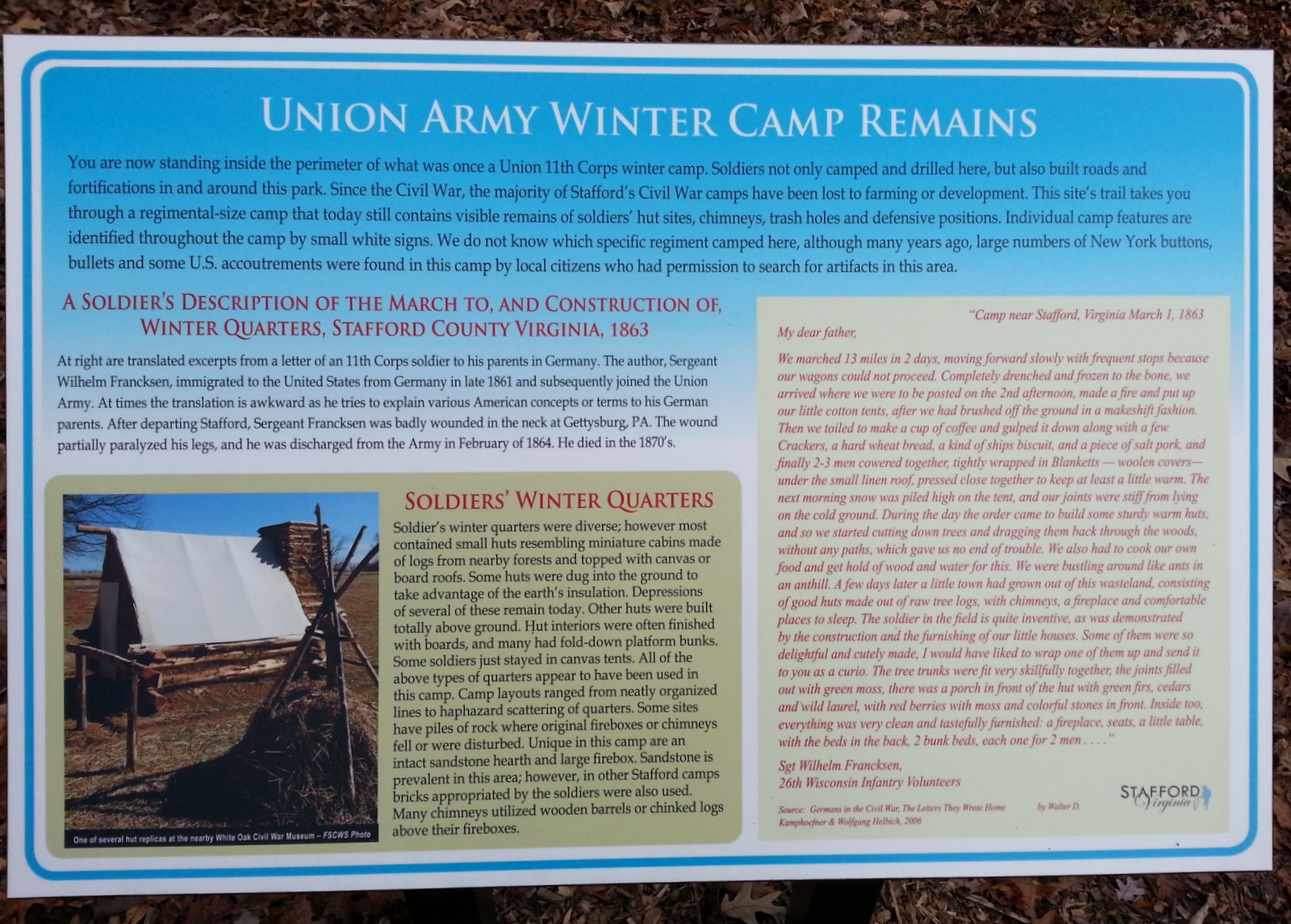 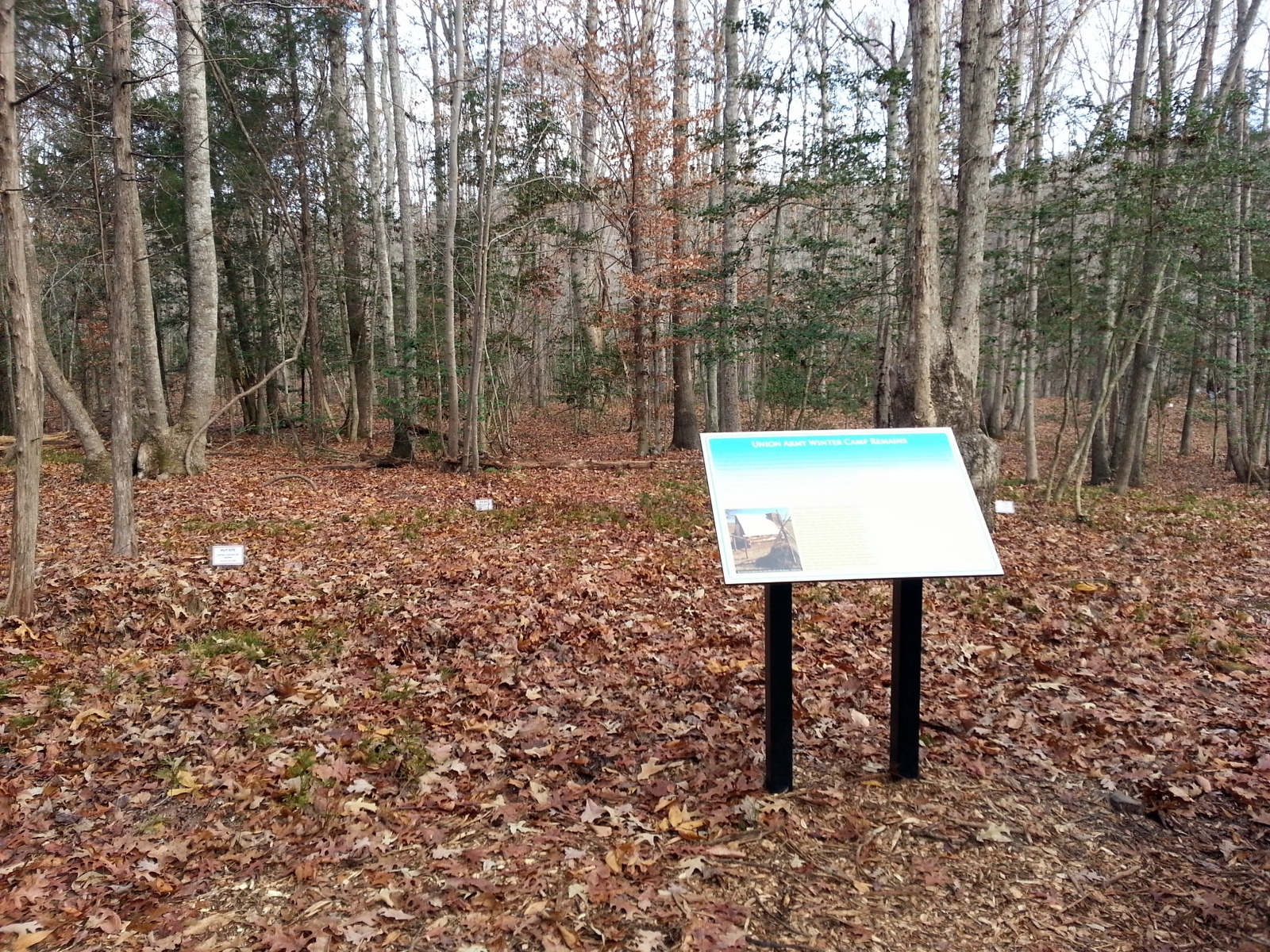 Since the American Civil War took place, many of Stafford’s Civil War camps have been destroyed, mainly from farming and other sorts of developments. When you take the trail, there are still remains of the soldiers’ chimneys, where they left their trash, their huts, and defensive positions. If you keep a close eye out, there are small white signs in the ground of the woods that are markers of where individual camp features were. The specific number of soldiers that camped and trained here are unknown. Many buttons, bullets and odds and ends were found among the trails.

Sergeant Wilhelm Francksen (who lived in the camp) wrote a letter to his family. Francksen,  had immigrated to the United States in 1861 to fight for the Union Army. In his letter, he tries to explain many American concepts the best that he could to his family in Germany. Unfortunately for this soldier, he was wounded in Gettysburg, and later died in the 1870’s. In his letter, he talks about his days as a Union soldier. He tells his family that he had marched for 13 miles in 2 days. He talked about how cold it was, and how 2-3 men would have to bundle together to stay warm. He talked about the kinds of foods that they had to eat at the camp that included crackers, coffee, salt pork and wheat bread. He also discussed the harsh weather conditions and how they were so cold that they could barely move in the mornings. They were able to make chimneys and a fireplace to stay more warm and comfortable with their stay. He then had a sense of hope at the end of his letter, that explained to his parents that his cabin that he and the other soldiers had built were very clean and kept him warm and that they were furnished with beds and a table. This letter is available for guests to read at the site itself.

Not all of the soldier’s housing was the same. They resembled small cabins and huts that were made from the logs in the forest they were camping in. Some huts were even dug into the ground to provide insulation for the men. While some soldiers were lucky enough to live in the huts and cabins, others had to stay in tents that were made of canvas. There are piles of rock in some former camp sites throughout the trail where chimneys had fallen down. The XI Union soldiers were encamped here when arriving in February of 1863, and leaving in March of 1863.