During the Civil War, Union troops fortified Lowndes Hill with trenches and other barriers to protect the Clarksburg railroad lines. The railways in Clarksburg connected to a nearby depot. The trains were critical for moving supplies and troops to different parts of the country. Lowndes Hill is located just 0.6 miles from the Harrison County Courthouse. A “Civil War Trails” marker memorializes the site where the first Union soldiers arrived in Clarksburg. Today, ten acres of Lowndes Hill are home to the Lowndes Hill Park and Clarksburg YMCA. 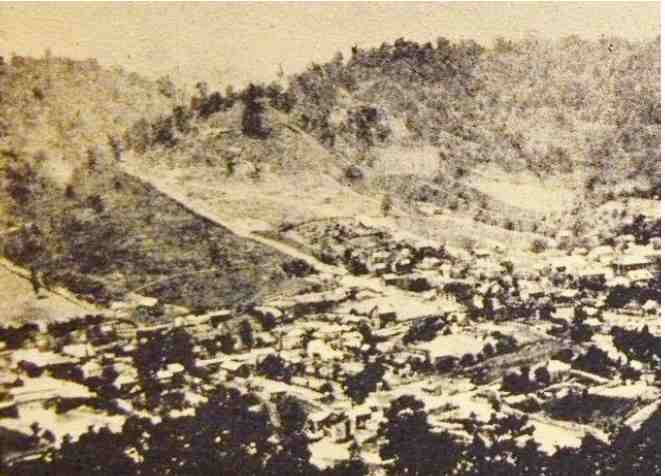 Another historic view of the area. 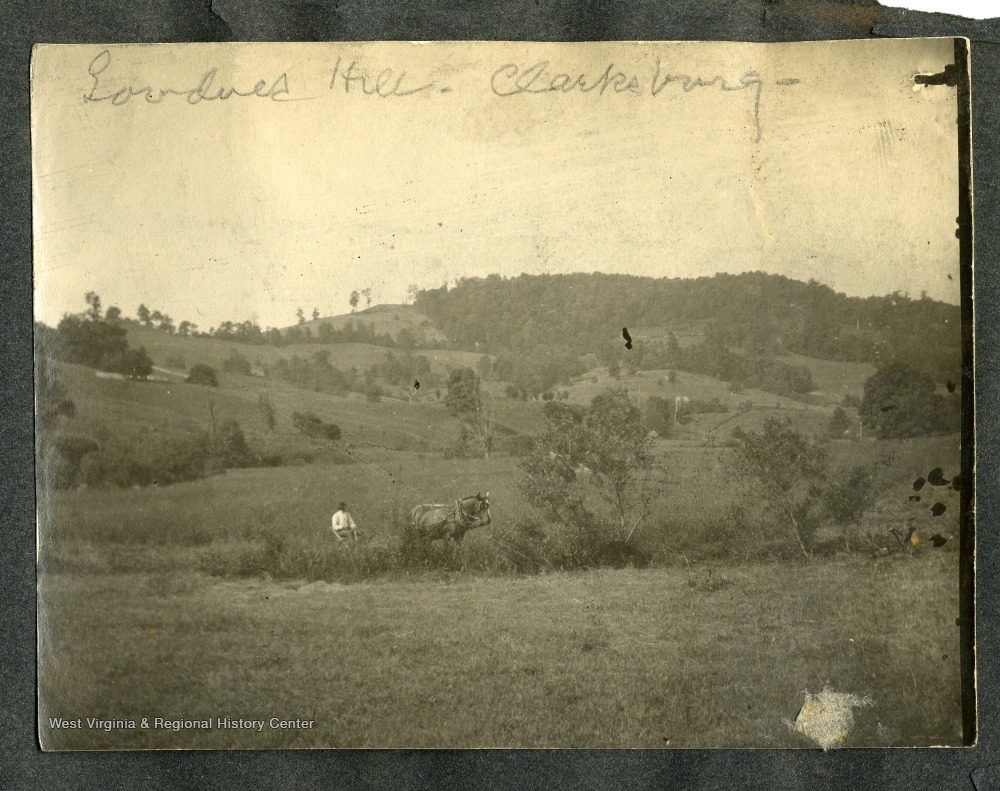 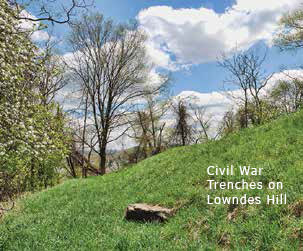 On May 30, 1861, Union soldiers first arrived by train in Clarksburg, WV with the intention of protecting the city’s railroad. The railroad line ran from Grafton, WV to Parkersburg, WV. It also connected to the Baltimore and Ohio (B&O) railroad system. The protection by the Union was critical to the Northwestern Virginia Railroad, and the control of the Northwestern Virginia Railroad was crucial to the Union. Railroads were a key advantage the Union had over the Confederate secessionists, as trains allowed for easier relocation of supplies and troops throughout the country.

The first Union troops to arrive in Clarksburg were three companies of the 14th Ohio Infantry. Their arrival was followed by the appearance of the 8th Indiana Infantry on June 19, 1861, a little over two weeks later. Construction of the trenches and earthworks at Lowndes Hill began when both infantries had fully arrived. The soldiers did not live in the trenches, but instead in camps within the town. The trenches located here and at Pinnicinick Hill were crucial at protecting the Northwestern Virginia Railroad.

During the Civil War, about 5,000 total troops defended the railways that connected Grafton and Parkersburg, WV. In April and May of 1863, the Union troops at Lowndes Hill were able to divert a portion of Confederate troops during the Jones-Imboden Raid. John Hanson McNeill first proposed the raid. Originally he planned the destruction of a single bridge to disrupt the B&O Railroad and the Union supply line, but later developed the two-pronged attack. In this dual attack, General Jones would attack the railroad between Grafton, WV and Oakland, MD, while General Imboden would attack Union troops in Buckhannon, Beverly, and Philippi. The mission of the raid was to commandeer supplies, gain recruits, and interrupt the B&O Railroad.

After the raid, the two generals thought about attacking Clarksburg. However, they realized they did not have enough men. They had already lost a great deal of troops and cattle in Beverly, Buckhannon, and Philippi. Instead, the generals split again. Jones went Northwest and Imboden to the South. They also hoped to thwart the momentum of movement for West Virginia Statehood. Although the raid was successful in its effort to disrupt the railways, it was not successful politically in its attempt to break up the formation of the state of West Virginia.

These days, the site of Lowndes Hill is 58 acres. It includes the Lowndes Municipal Park, which occupies ten acres, and the Harrison County YMCA. Lowndes Park was gifted to Clarksburg by Richard T. Lowndes and offers a good view of the city.