The Cape Decision Light was built in 1932 to replace an earlier one lit by acetylene about ten miles south on the Spanish Islands. It is located at the very southern tip of Kuiu Island and is still an active navigational island operated by the Coast Guard. It stands along the Inside Passage which has been an important seafaring route since the 19th century (the route is safer to use than out in the Gulf of Alaska). The lighthouse is managed by the Cape Decision Light Society, which is currently in process of restoring the structure. The light was added to the National Register of Historic Places in 2005. 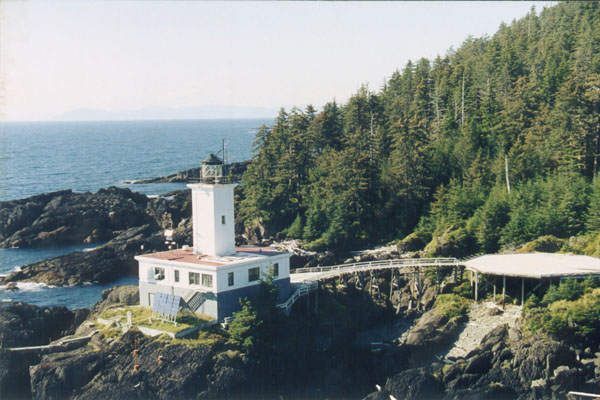 Cape Lighthouse was one of twelve lighthouses built in southeast Alaska along the Inside Passage. Though a safer route, the passage was still treacherous thanks to the many turns ships had to take. For a long time mariners pressed the U.S. government to build a light at Cape Point which was finally granted in 1932 after a few years of delay due to lack of funding. Since it was built at that time, it was the first light in Alaska to have an electric lamp. Three keepers managed the light as well as the fog horn and radio. The light was finally automated in 1974 and the light was replaced by a new lamp. The society leased the property in 1997 and gained its title in 2004.