Constructed from 1949–1961 by the US Army Corps of Engineers, this dam addressed the issue of flooding along the Elk, Kanawha, and Ohio Rivers. The dam created Sutton Lake, which offers a number of recreational facilities for campers, boaters, hunters, and fishermen. 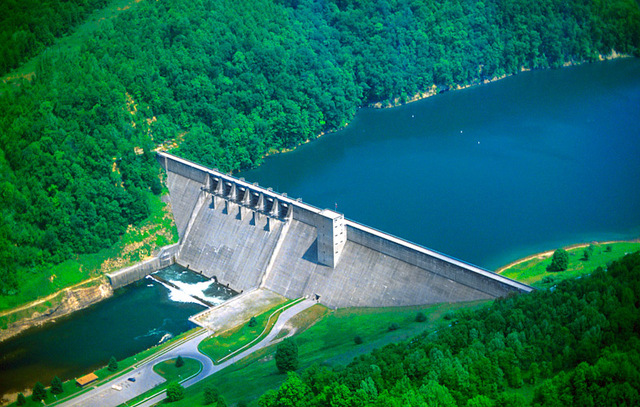 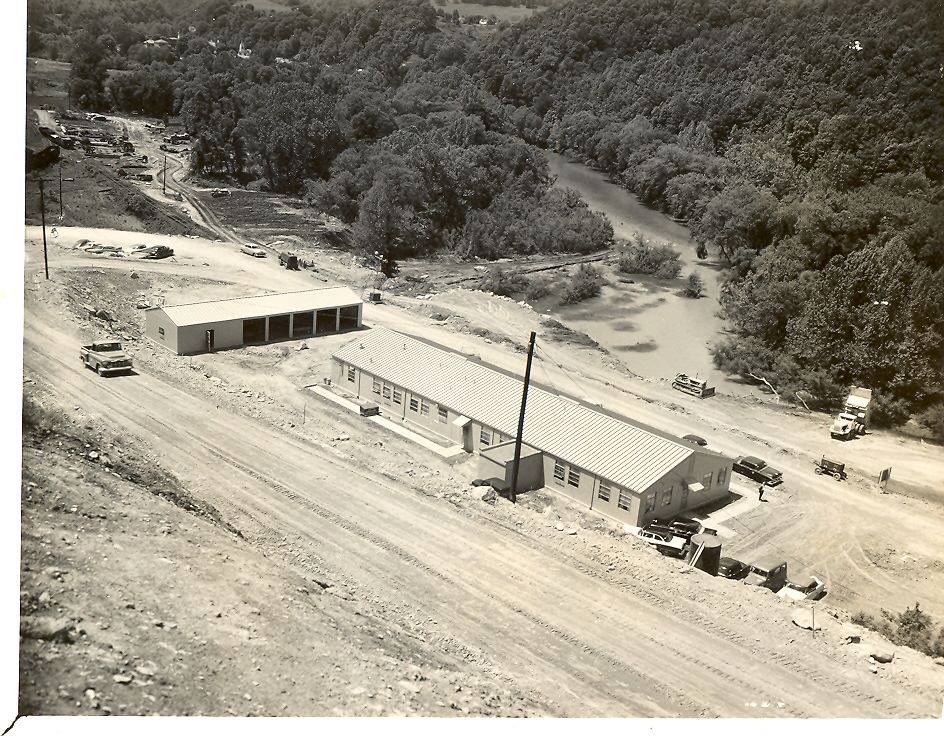 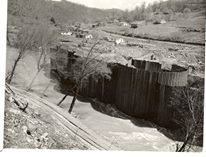 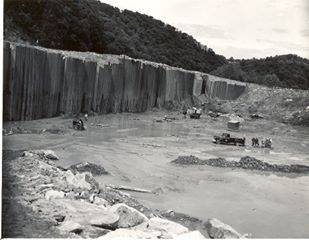 The Sutton Dam is located in Sutton, West Virginia and impounds the Elk River. It crosses two counties, Braxton and Webster. The dam is 210-feet-tall and spans the river at a length of 1,178-feet. Sutton Lake, the reservoir created by the dam, reaches 112-feet in at its deepest point and covers 1,520 acres.

Construction of Sutton Dam was approved by Congress during the Flood Control Act of 1938. Work on the dam, however, did not start until 1946. A brief interruption, owing to the outbreak of the Korean war, caused further work on the project to halt until 1956. The dam was completed in 1961, for a total of 35 million dollars. Constructed solely out of concrete, it was built and is still operated by the U.S. Army Corps of Engineers. On July 4th, 1967, Congressional action, Public Law 90-46 named the lake.

The primary purpose of the Sutton Dam is to help control flooding along the Elk, Kanawha, and Ohio rivers. Since its construction, the cost of repairing flood damage in the area has decreased by more than $375 million dollars. Needless to say, the Sutton Dam has accomplished its original purpose and continues to do so today.

Sutton Lake has several recreational areas that include campgrounds, marinas, and boat ramps so that fishermen and boating enthusiasts can launch their craft. Hunting is allowed within the property boundaries. Sutton Lake is also a suitable location for downstream fishing, as warmer water at the top of the lake instead of the colder water at the bottom can be drawn, thus improving the overall fish population in Elk River.