This church, built around 1870 (or perhaps even earlier), is the oldest building in Anchorage. It was built by Russian Christian Orthodox missionaries and was one of several churches/chapels constructed by Russians in the 19th century. It continued to function as a church until a new one was built next to it in 1962. It was placed on the National Register of Historic Places in 1972. The churches are now a part of Eklutna Historical Park. 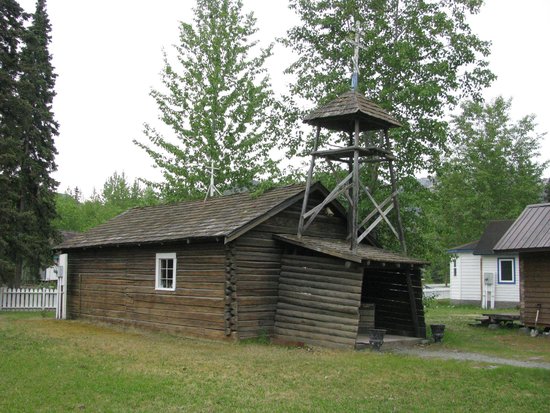 Some of the sprit graves in the cemetery 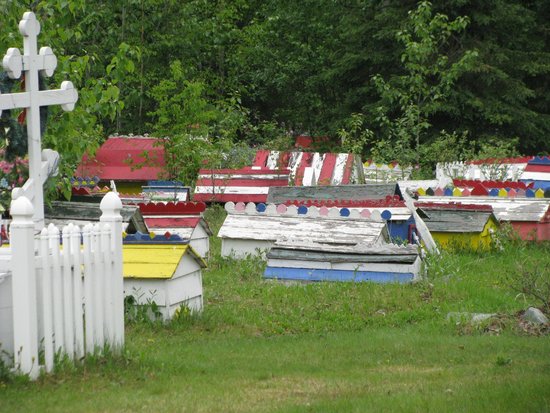 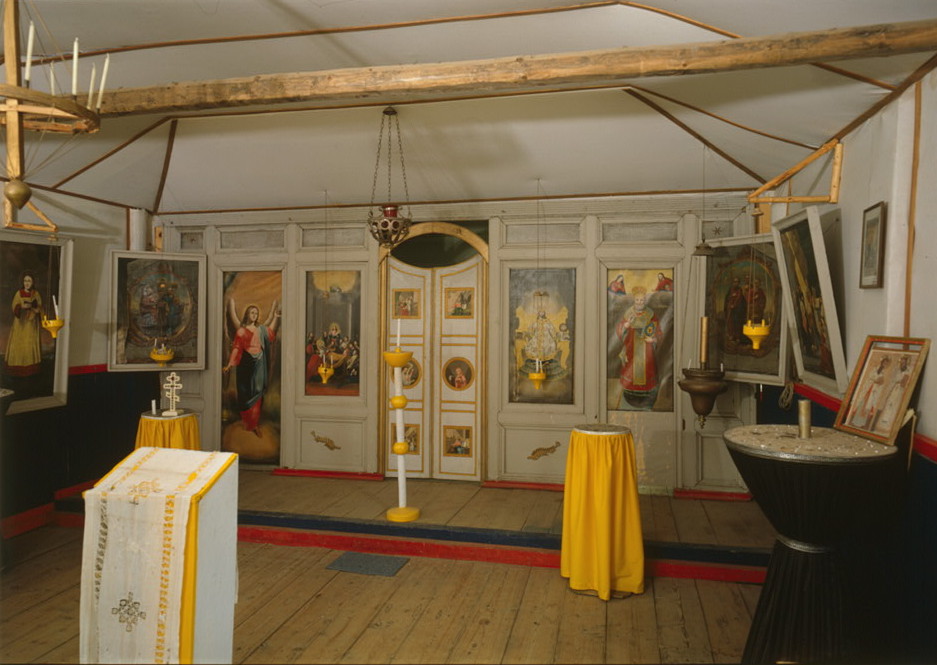 Russian missionaries and settlers had been in Alaska for a long time by the time the church was built. In 1793, Catherine II granted missionaries permission to colonize Alaska (what was then a disputed/unclaimed territory). The first attempts failed, as many missionaries were killed by native Alaskans. But the Russians continued and by 1861 there were seven churches, including Old St. Nicholas, and 35 chapels in Alaska. The Russian Church was the sole Christian presence in the territory until 1877. In all, the missionaries converted over 10,000 native Alaskans. They combined the Russian Orthodox faith with their own traditions. This can be seen in the cemetery today, where small "spirit houses" (along with Russian crosses) mark the graves of the deceased. Natives believe that the sprits of their relatives live on in the houses.

Park dates and hours: middle of May 15 through September 15. Monday through Friday, 10am to 5pm, for guided tours.