The Grove Farm is the most intact and authentic sugarcane plantation in Hawaii. It is comprised of several buildings including the plantation house, the owner's cottage, a guest cottage, and old office. The museum houses many original historic items including tools, machinery, equipment, and furniture. It also houses four antique steam locomotives used to haul sugar and offers train rides once a month. The farm was listed on the National Register of Historic Places in 1974.

One of the structures at the farm. 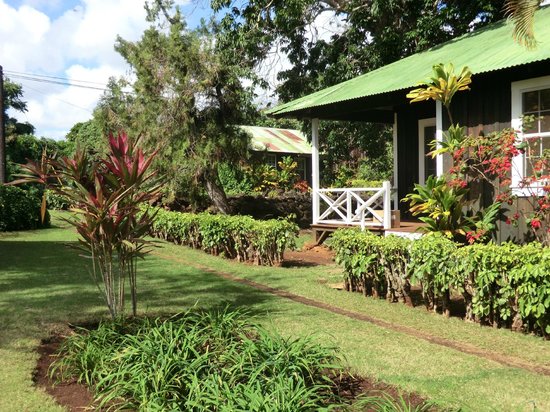 Inside the family home 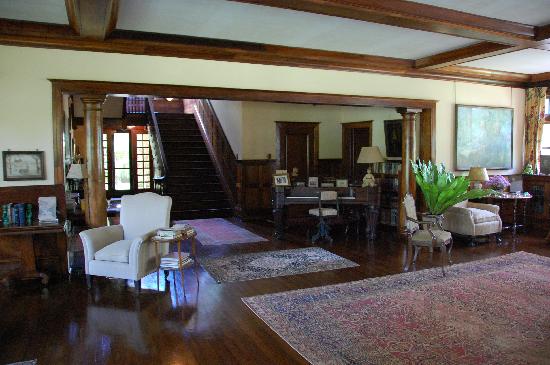 By the mid-19th century, the whaling industry was on the decline (due to over harvesting of whales) but was soon replaced by the sugarcane industry. One of the early plantation owners in Hawaii was Hermann A. Widemann, who started what is now the Grove Farm in 1854. The start of the American Civil War in 1861 increased the demand for sugar exponentially, though Widemann supported the Confederacy. He sold it to George Norton Wilcox, the son of missionaries, in 1864. The sugarcane industry only kept growing and increased significantly in 1876 when the U.S. and Hawaii agreed to get rid of the tariffs on sugar. The economic gains in Hawaii were felt right away, as the industry facilitated the construction of harbors, steamship lines and railroads. The farm remained in the family's possession for over 100 years.