From 1991-1997, The Will County Forest Preserve district acquired this historical, fifty-two acre land that once existed as the Joliet Iron Works. The Iron Works served as an iron manufacturing facility from the late 1869 to the early 1900s. Cultural resources protected at the preserve include foundations of the blast furnaces and other structures from the dismantled factory. It now stands as part of an extensive forest preserve that includes numerous trails, monuments, and more. Joliet Iron Works Historic Site features 0.59 mile of paved trail that provides a self-guided interpretive tour of the site's historical significance.

From ChicagoNow.com - picture of the ruins. 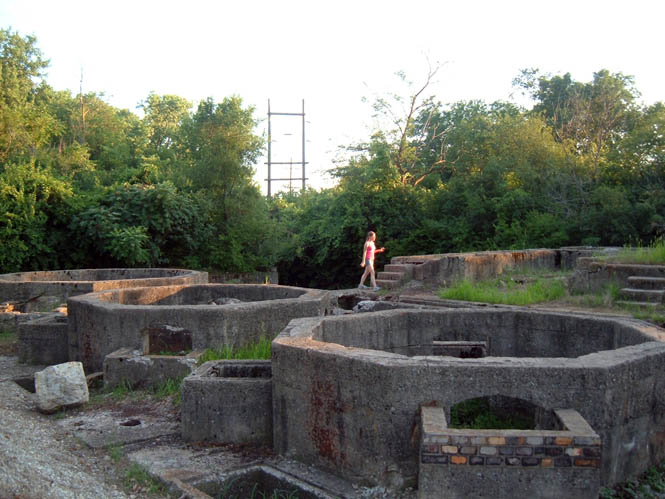 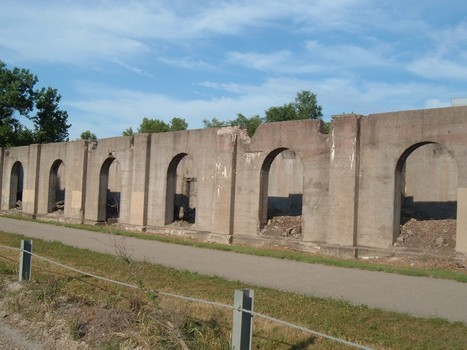 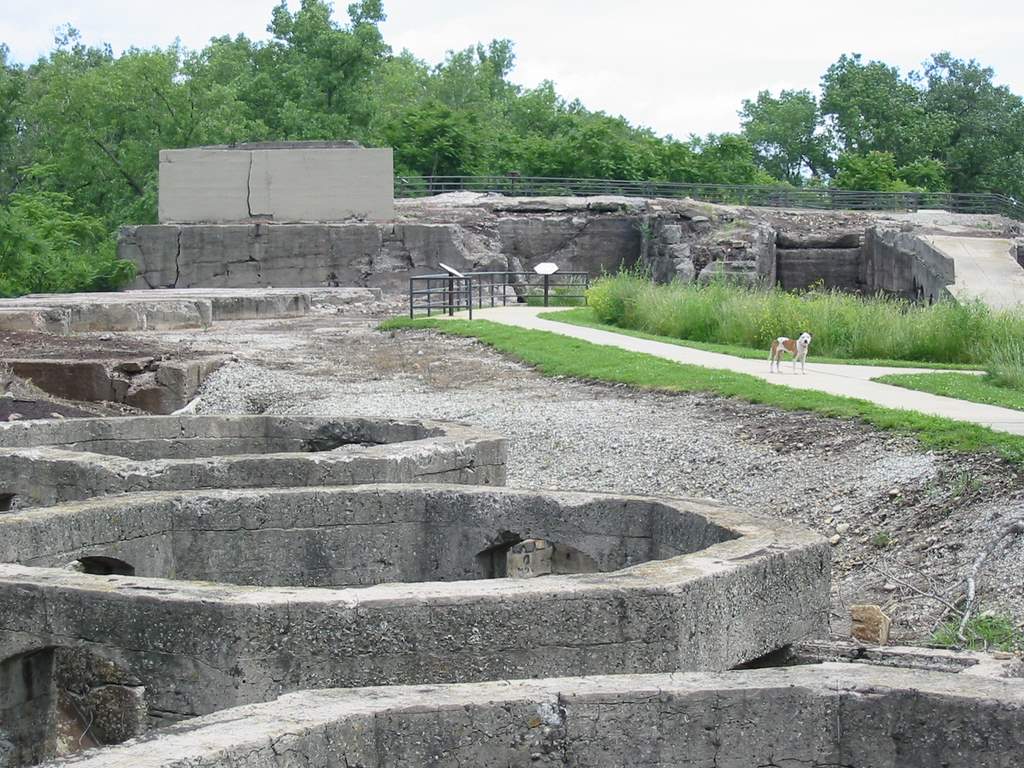 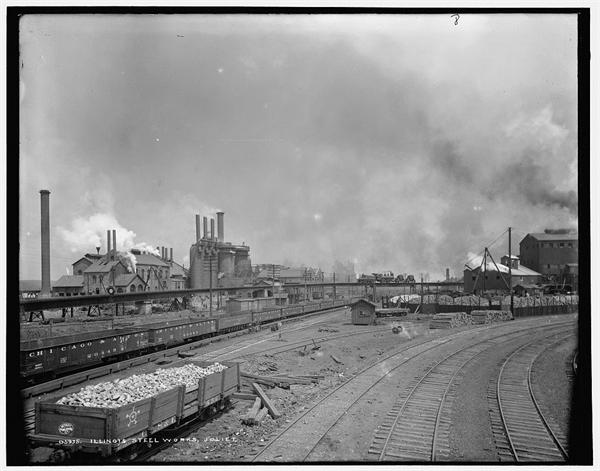 The Joliet Iron Works exists as one of the few preserved factories in the U.S. It was, once, the second biggest steel mill in the nation. Although it started in 1869, the famous Carnagie Steel purchased the area in 1889 and gave it the name, Illinois Steel Company. Over time, by 1898, Federal Steel purchased the grounds, which eventually became U.S. Steel. By then, the grounds had grown from roughly 75 acres to 260 acres. .The factory operated until the 1930s.

The surrounding grounds serve as a physical reminder of the life of the Industrial Revolution through the 20th century, with plenty of rail lines, blast furnaces, and iron and steel factory remnants. Its proximity to navigable water, notably the Des Plaines river, speaks volumes about the nature of this location's significance to a country dependent upon coal, oil, iron, and steel.

Similar to many industrial districts and mining towns, workers often lived and worked close to their workplace, notably in an era when workers rarely owned cars or have the means to afford train tickets. In 1869, worker housing quickly emerged in the area. As per the norm for lower-class workers of the era, the residential area was built on cheap, undeveloped land. In this case, workers resided north of the Iron Works, away from the developed and more populated portions of Joliet located to the south of the large factory.

The grounds also serve as a monument for the labor force - nearly 4,000 at its peak in the by the 1920s -- endured long hours, tough (hazardous) conditions, and received low pay. Many workers suffered injuries - some died. The workforce, largely comprised of first and second generation immigrants were involved in the large-scale 1919 steel strike that involved hundreds of thousands of workers and miners

Although today's site appears more similarly to Roman archaeological ruins, one can take an interpretive walking tour, guided by markers that describe each ruin. Or, there is a formal tour organized from time-to-time that the Forest Preserve describes:

8 a.m. to sunset, but events and tours are available at special times.