Built by the founder of what is now known as Howey-in-the-Hills, William J. Howey constructed a massive home which came to be the center piece of his small town. Twenty bedrooms and countless acres of property, the Howey House is a gleaming reflection of the Florida Land Boom of the 1920s. Sadly, the home sits abandoned, tied up in foreclosure, and too pricey for anyone to purchase.

Howey House in its current state 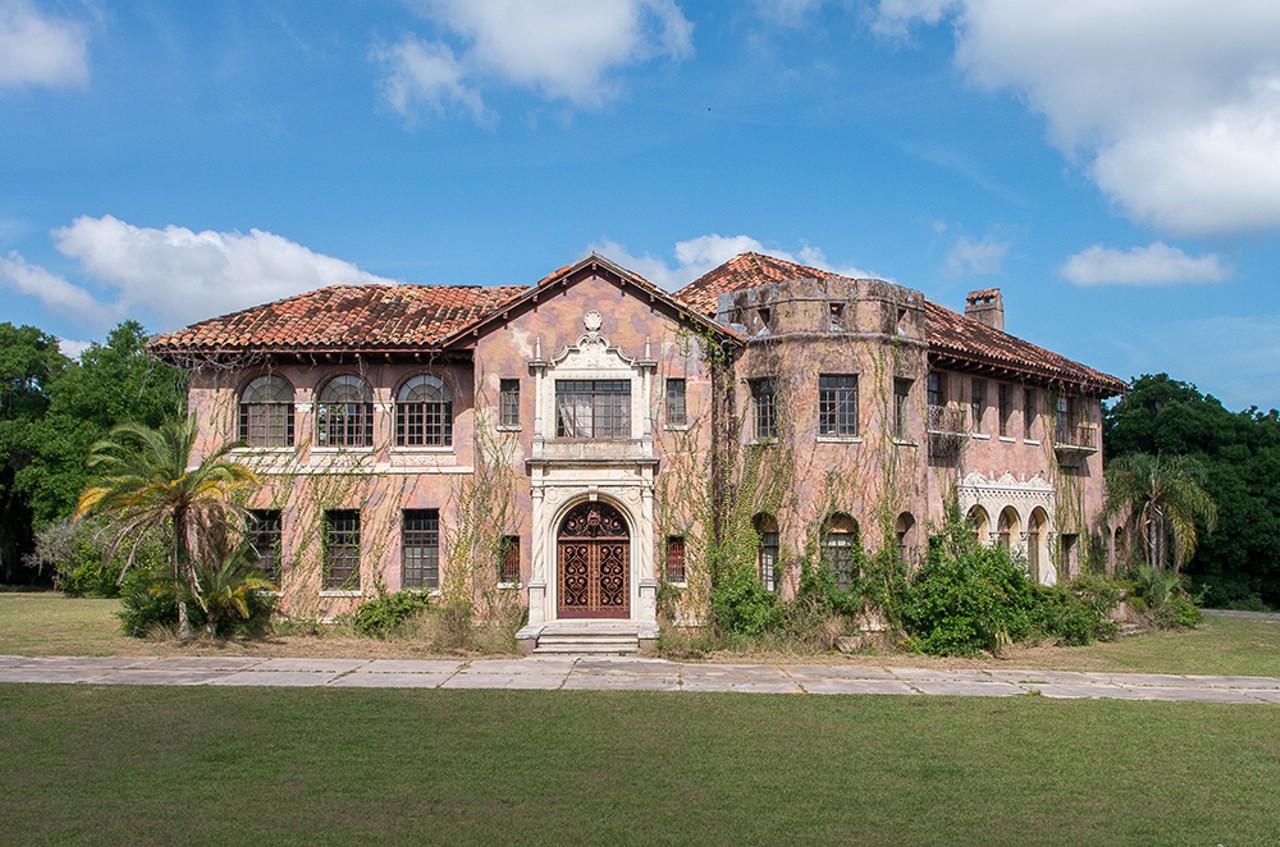 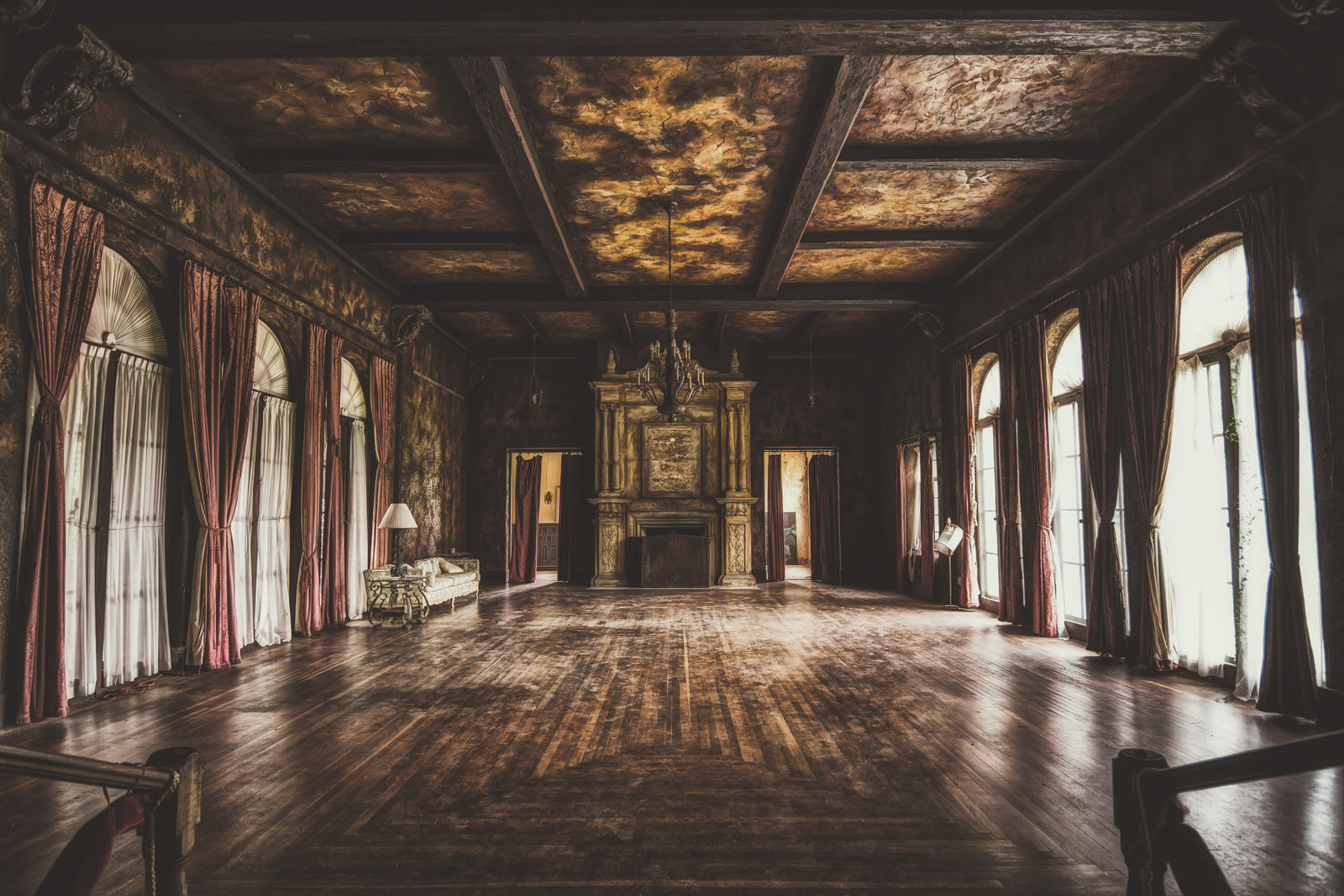 Foyer from the grand staircase 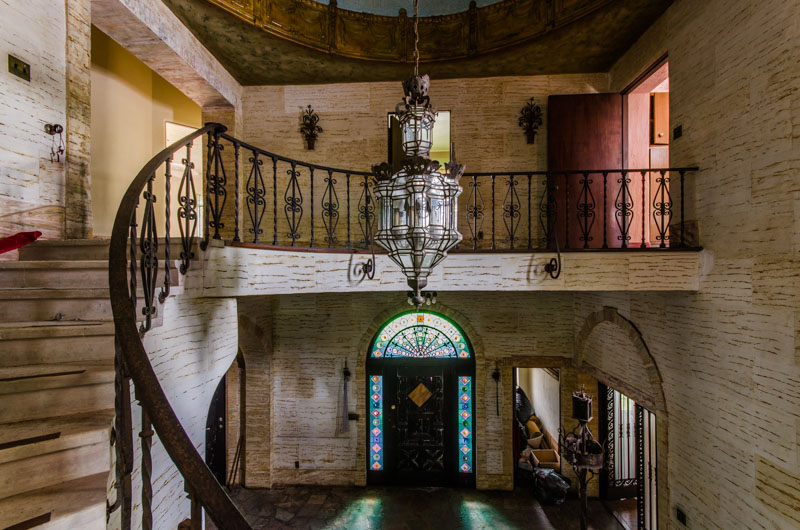 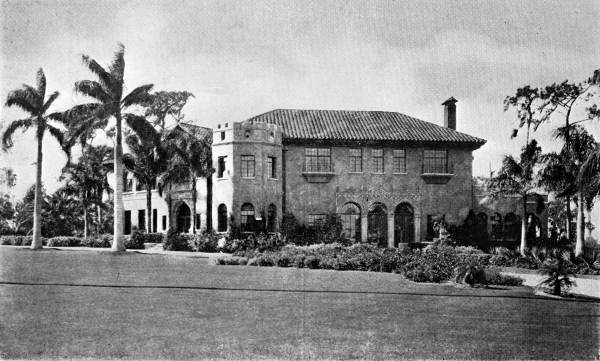 Howey-in-the-Hills is a secluded town located in central Lake County, Florida. The small lakeside town was established in 1925 by a man named William J. Howey who nick named the town “the Florida Alps” due to the picturesque lakes and hills surrounding the land.

An Illinois native, Howey moved to the Winter Haven area to pursue a career as a real-estate developer for citrus groves after dabbling in insurance sales and other ventures. Soon afterwards Howey made a name for himself and was asked by a local Sheriff to shift his focus to a new area in hopes that he might be able to develop the rolling hills of Lake County. By the 1920s, Florida was experiencing what was the beginning of the Florida land boom. During this time Florida’s real estate was through the roof and citizens from all over the U.S. came to stake a claim in the abundance of property throughout the state. It was during the land boom that Howey found himself to be the owner of sixty-thousand acres surrounding what is now Howey-in-the-Hills. Due to the low prices and high demand, he purchased the property for about ten dollars an acre and resold the developed land for up to two-thousand an acre. Five short years later, Howey found himself to be the elected mayor of the newly incorporated, Town-of-Howey.

Soon after his appointment, Howey began construction on a twenty bedroom, seventy-two hundred square foot mansion, later named the Howey House. The architecture of the mansion closely resembles what is considered to be Mediterranean Revival, a style that was commonly used in many of the early developing cities in south Florida. Mediterranean Revival architecture incorporates styles from Spanish Renaissance, Spanish Colonial, and Venetian Gothic. Howey found this particular style to be the most beautiful and spared no expense to have his dream home built; roughly twenty-five thousand, over three million now with inflation. Howey hired Katherine Budd, a World War One architect most famous for designing lodges for those visiting loved ones a military training camps. Today, the Howey House is said to be the only surviving piece of work that she created in her lifetime.

The home sits on a spacious fifteen acres and is surrounded by numerous botanical gardens and lush shrubbery, accurately named, “The Park.”  After its completion in 1927, the mansion would play host to the entire New York Civic Opera Company; boasting a crowd of fifteen thousand and over four thousands cars parked on the lawn.

During it’s prime, the Howey House was the center piece of the town and a gleaming reflection of a time when Florida was experiencing its first major development. To me, the Howey House is a perfect representation of the before and after effects of the real estate bubble which brought significant growth in the 1920s and also tremendous amounts of debt after the bubble burst.

People came from all over the world, and still do, just to get a glimpse of it’s magnificent, once upon a time, feel. Sadly, after William Howey passed in 1938 from a heart attack, the home slowly came to be in it’s current state: abandoned, tied up in foreclosure, and too expensive for anyone to purchase. Thankfully, residents and local historians are fighting to preserve the history of the Howey Home. Efforts have been made to restore many of the antique stain glass, furniture, fixtures, and the body of the house by way of the William J Howey Mansion Community Restoration Project. It’s by their efforts and those of the Howey-in-the-Hills residents that they hope to keep the whimsical beauty of the Howey House protected for decades to come.

It should be noted, that the Howey House is located on private property and is actively watched over by local law enforcement and residents.