Soon after the city of Gary was founded in 1906, the city's new residents discovered the beach existed as a great respite from the summer heat. In 1919, shortly after Gary annexed Miller, US Steel "bought" 120 acres of land along the beach and gave it to the city of Gary to be used as a park. However, residents of that area fought, with success, to keep industry out of the region as well as minorities. It remained a largely white, middle-class neighborhood. The building was designed by George.W. Maher, the building is an excellent example of the early use of precast concrete building products,

Historical photo of the building prior to its restoration 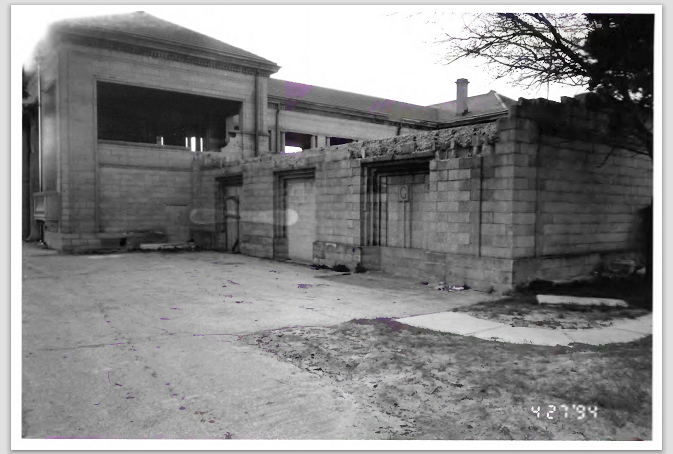 the structure was saved from demolition in the 1990s and renovated in 2012. 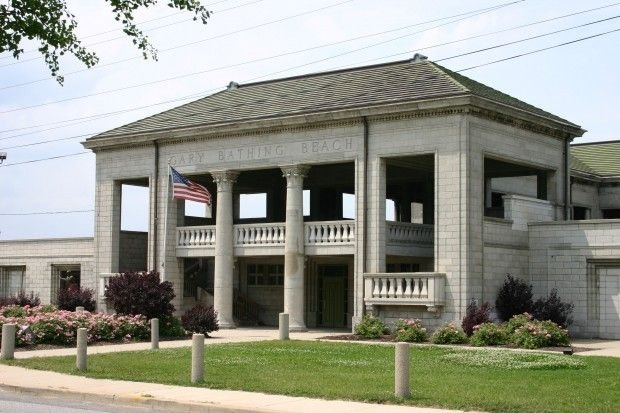 Built in 1921 by architect George Washington Mahere, this bathhouse known today as the Aquatorium once served as focal point of the beachfront and drew visitors from all over the region who sought respite from the summer heat. The bathhouse symbolizes Miller's social and cultural dynamic - largely white, middle class who enjoyed plenty of leisure time.1

Unlike Gary to its immediate west, Miller avoided much of the industrial development spearheaded by U.S. Steel in the early 20th century. In essence, U.S. Steel helped create Gary, but Miller was a more affluent and suburban community. Historian Andruw Hurley discusses Miller's relationship with Gary and U.S. steel as one of contention, notably from the 1950s to 1970s.

From the 1950s onward, Gary's middle-class activists saw environmental protection as a means of sustaining the suburban ideal....In this respect, Miller's environmentalists were remarkably successful... Few Miller activists, after all, dependence on U.S. Steel or any other manufacturing firm for their livelihood.4

Furthermore, Miller residents routinely used tactics to prevent African Americans from moving to Miller, including forbidding people to put "For Sale" signs in their lawns upon putting a house up for sale. It wasn't until after the Aquatorium fell into disrepair, in roughly the 1960s, that Civil Rights activists allowed for black residents to even use Marquette Park, the beachfront and park located in Miller.5

As such, the building represents a time when Miller residents and white visitors could use the cleaner portions of southern Lake Michigan, while blacks lived in Gary's inner city and near heavily polluted waters that fed (cooled) U.S. Steel mills and absorbed its waste.

Although the building fell into disrepair by the 1960s, The Aquatorium Society looked to restore the building in the 1990s. They note, " In the last fourteen years the Society has raised and spent over two million dollars on the building. To date, the Society has put a complete new roof on the structure, repaired the entire perimeter of the structure, and completed the East Wing dedicated to the Tuskegee Airmen. The Aquatorium is now available to host banquets, weddings, and small receptions. All profits obtained from rental go back into the cost of maintenance and upkeep of the building."6

Unlike Miller's history that involved strong segregation, the new Aquatorium seeks to celebrate blacks and whites. It's an aviation museum and houses monuments that note the integration of blacks and whites in the U.S. military, notably during WWII.

It's open 24 hours, but one can call for reservations to rent the space for various needs/functions.