Located outside the Texas Federation of Women’s Clubs, this historical marker commemorates the life of Clara Driscoll, a leading donor of this organization who is best known for saving historic structures around the Alamo by purchasing and gifting land and buildings to prevent developers from building in the area. Driscoll was a woman of many talents and was a descendant of the Battle of San Jacinto, the decisive battle fought on April 21, 1836, in which General Sam Houston’s Texian Army defeated General Antonio Lopez de Santa Anna’s Mexican Army during the Texas Revolution. Driscoll was a businesswoman, philanthropist, and historic preservationist who served as the President of Daughters of the Republic of Texas.

Clara Driscoll was a leading businesswoman who donated her estate to helping crippled children. 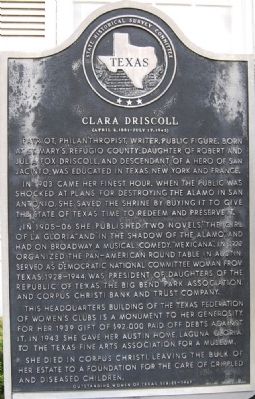 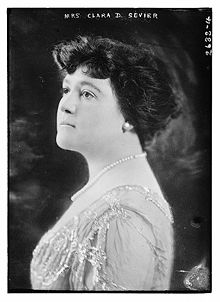 Driscoll also stepped in to purchase lands around the Alamo Mission, depicted here in the late 19th century. 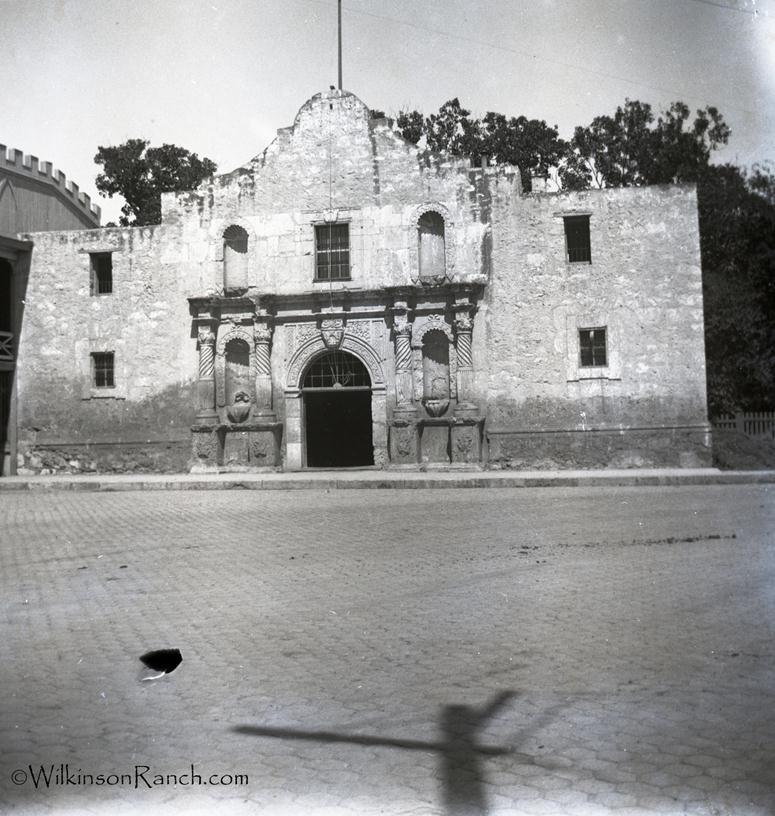 After returning from Europe in 1898, Clara settled in San Antonio where she became concerned about the state of the Alamo. The Alamo’s mission chapel was already owned by the State of Texas; however, the city had done nothing to improve or preserve the structure. In 1903, Clara took charge of the De Zavala fund-raising committee to acquire the rest of the structure. She ended up paying most of the $75,000 out of pocket and was later reimbursed by the State of Texas. In 1931, Clara again donated a substantial amount of her own money, $70,000, to aid the state legislature in purchasing more of the property surrounding the structure. In 1945, Clara died and her body lay in state in the Alamo chapel.

A true Renaissance woman, Clara also had a successful writing career, was involved with politics, and had several other civic and philanthropic endeavors besides her lifelong dedication to the preservation and upkeep of the Alamo. She published The Girl of La Gloria in 1905 and In the Shadow of the Alamo in 1906. She served as the Texas national committeewoman for the Democratic Party from 1922-1938. When she died, Time Magazine said of her political know-how, “ She could drink, battle, cuss and connive with the best of them . . . She made quadrennial $25,000 donations to national campaigns, but know-how, not money, worked her up to national committeewoman.”