Carlheim is a historic mansion in Loudoun County, Virginia, in the town of Leesburg. Built in 1872, it was constructed for Charles and Rachel Paxton, who inhabited the building until Rachel’s death in 1921. On October 16th, 1979, it was designated on the Virginia Landmark Register, and on December 28th, 1979, it was added to the National Register of Historic Places. 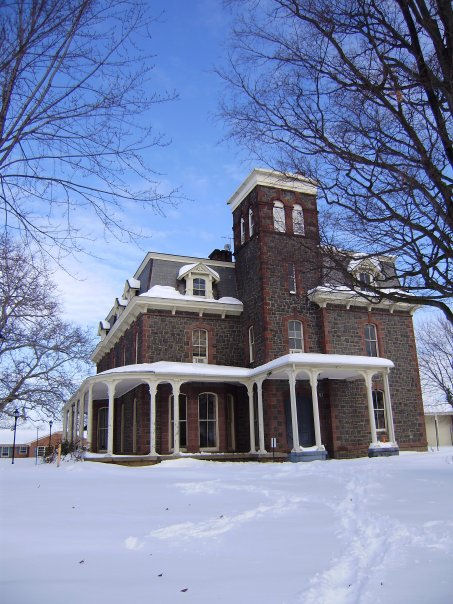 Charles Paxton was an industrialist from Bloomsburg, Pennsylvania, and the president of the Bloomsburg Iron Company. He and his wife, Rachel, had lived there for quite some time, and wanted away from the city for a time. The couple decided in 1869 that they wanted to make a summer home for themselves away from the bustle of Pennsylvania, and they settled on Loudoun County, Virginia’s farmlands. The Paxtons purchased 765 acres in the area the same year, and selected famed New York architect Henry Dudley to design the home. Soon after the designs were finalized, work began on the massive home, and it was completed in 1872, naming it Carlheim.

The Paxtons were very grateful for their home in Loudoun County, and they made no small effort to show their gratitude, hosting receptions for the neighborhood, and generally working to be on good terms with their neighbors. Charles only lived in the home for a short time, as he died in 1882, but after his death, Rachel continued to live in the home. Rachel lived far beyond Charles, dying in 1922, and in her will, she left fifty acres of their property to be used to create a home for children. That idea was fulfilled, and remained as a children’s home as of 1979. On October 16th, 1979, the main property of Carlheim was designated on the Virginia Landmark Register, and on December 28th, 1979, it was added to the National Register of Historic Places. In memory of the Paxtons, the estate and property surrounding it was converted into the Margaret Paxton Memorial Learning and Resource Campus, all of which are non-profit educational services for those in need in the community.