Lucketts School is a historic school located in Lucketts, Virginia. Built in 1913, it was one of Loudoun County’s very first multi-room schoolhouses, and would go on to serve as an elementary school until 1972. On August 18th, 1973, it was designated on the Virginia Landmark Register, and on October 14th, 1993, it was added to the National Register of Historic Places. Today, it is currently used as the Lucketts Community Center. 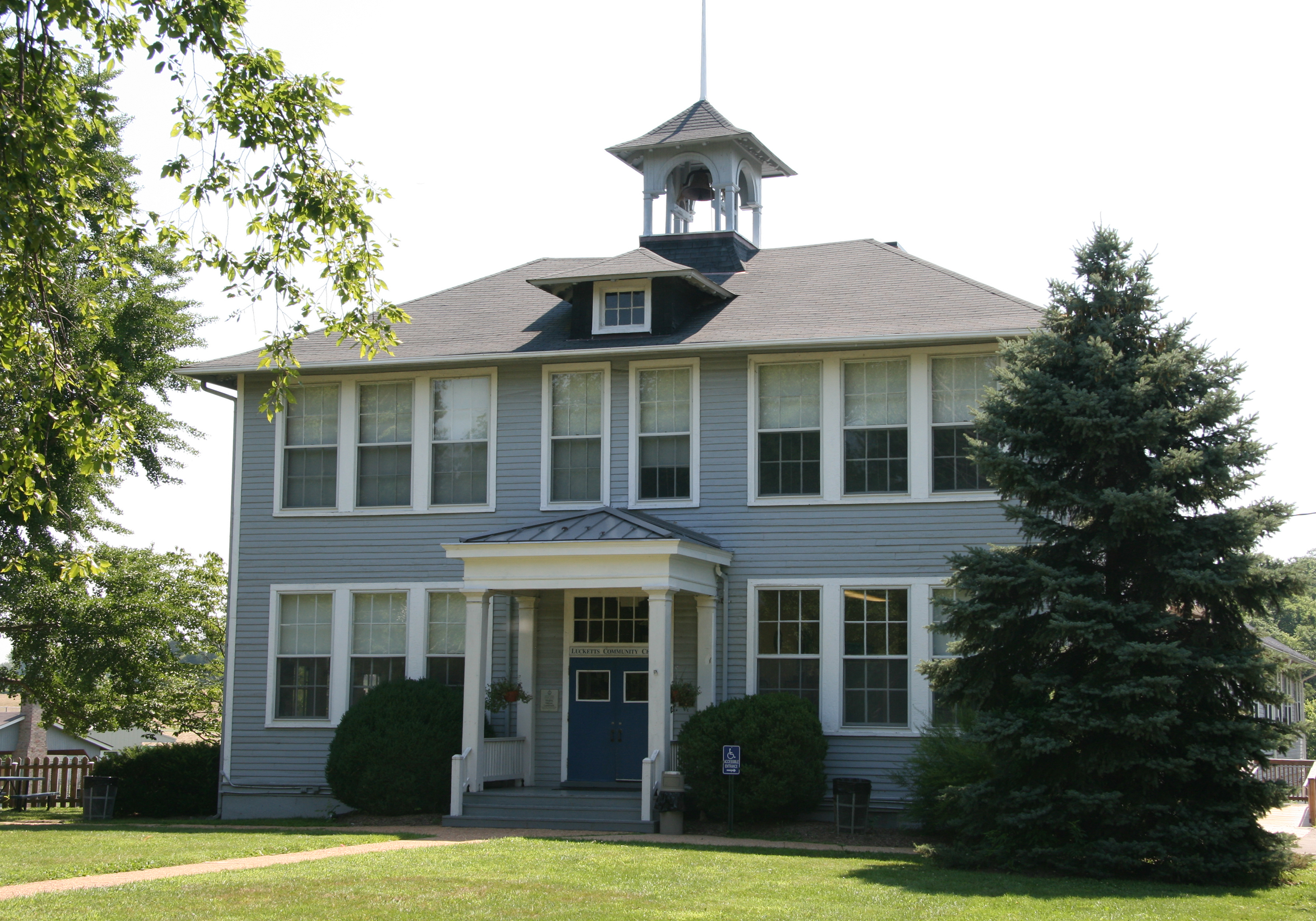 The Lucketts School opened in Lucketts, Virginia in 1913 as Lucketts High School. The school had no electricity or plumbing in it, but as law required a sanitary facility of some kind, an outhouse was located behind the building. The School’s first graduating class finished in 1919, and by that point, enrollment had increased and new subjects of study had most likely been added to account for the growing enrollment. That same year, the school was expanded, adding two first floor classrooms and a small room on the second floor. The expansion allowed the high school to give a more focused classroom education, and it was followed by another expansion in 1929, including an additional two classrooms, an auditorium, and two bathrooms. All of the expansions and additions allowed for an elementary school education to be devised at the school, as well.

Lucketts School continued to thrive in the following years, but in the 1930s, educational reform was on the rise, calling for the consolidation of education. As a result, the last high school class at Lucketts graduated in 1938, and beginning the following school year, high school students would attend high school in Leesburg. However, Lucketts continued its elementary school education program. This continued until a new elementary school was built in Lucketts in 1972, prompting the school to close that year. Recently, the school has been taken in by the Loudoun County Department of Parks and Recreation, who maintains and operates the building now as the Lucketts Community Center. On August 18th, 1973, it was designated on the Virginia Landmark Register, and on October 14th, 1993, it was added to the National Register of Historic Places.