The Battle of Lookout Mountain was key battle in the Chattanooga Campaign of the Civil War. The battle itself was fought on November 24, 1863 in the midst of a three day campaign in which Confederates attempted to hold the mountain as well as the city, but ultimately failed at the hands of the Union forces. Due to the height of the mountain the Confederacy had to climb in order to fight the Union soldiers, and the intense fog that blanketed below the battlefield, this battle has been referred to as "The Battle Above The Clouds." As a result of their victory, Union forces were able to end the Confederacy's siege on the Chattanooga area. After Federal troops were able to claim what was known as "the Gateway to the Lower South," General William T. Sherman began using the town as his logistics base of operations for his Atlanta Campaign the following year.

Battle of Lookout Mountain, 1889 lithograph by Kurz and Allison shows how close Rebels and Yankees were to each other during the fierce fight. 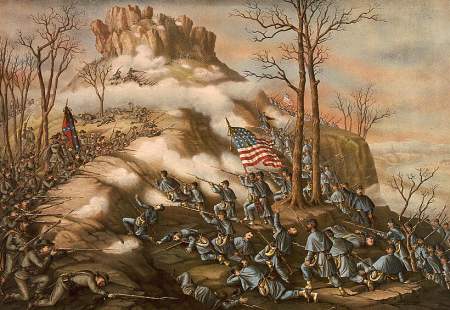 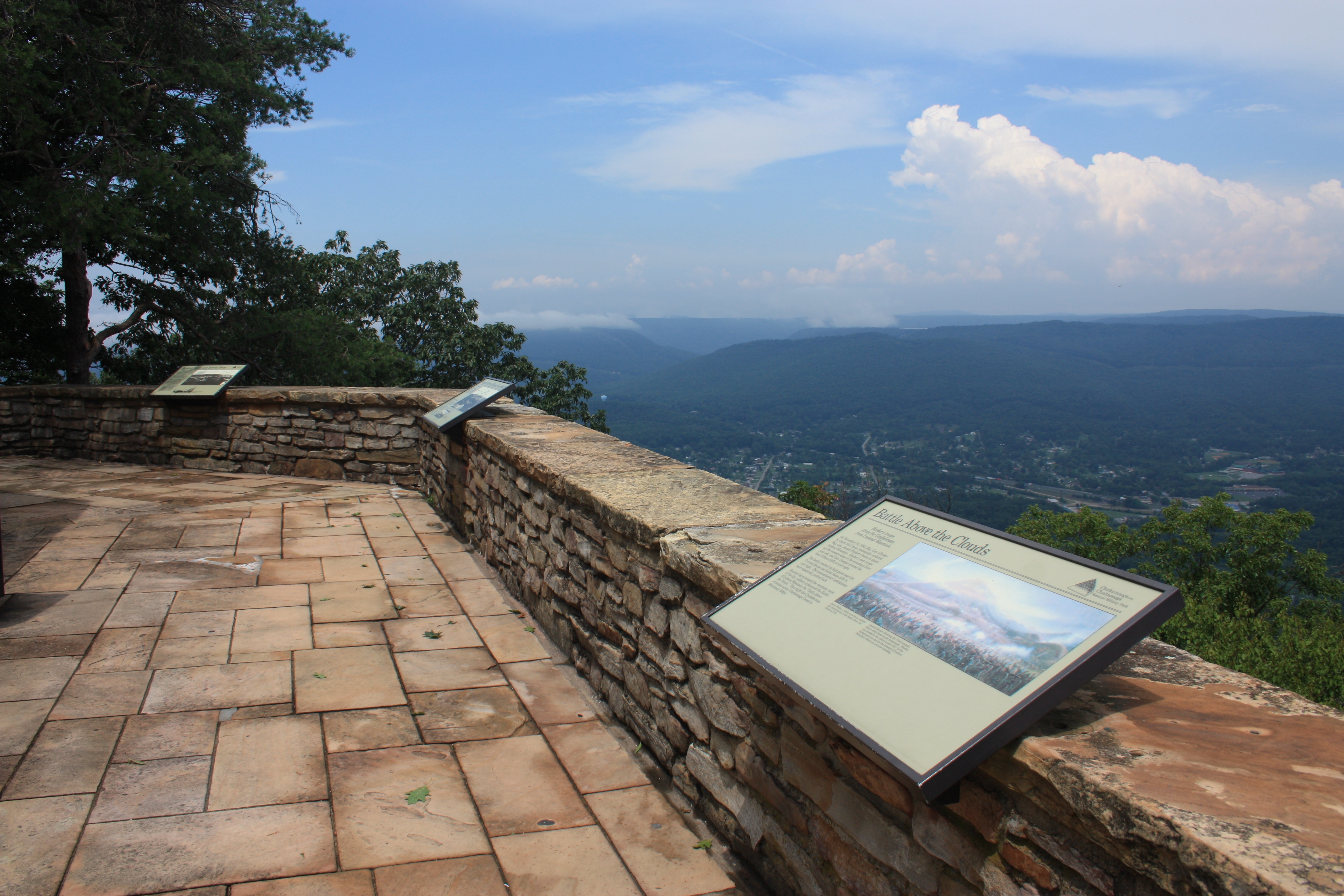 In the aftermath of the Confederacy's defeat at the Battle of Chickamauga, Confederate General Braxton Bragg and his forces in the Army of Tennessee began to take siege to the city of Chattanooga, pinning the Union army inside the city. Unable to surround the city itself, Braxton and his men decided to occupy nearby Lookout Mountain and Missionary Ridge, located southeast of the mountain. Once Union General Ulysses S. Grant arrived in the area in late October, he began to plan out an offensive that would first open the Tennessee River in order to receive much sought after supplies, and then take the mountain from the Rebel forces. After defeating Confederate troops at Brown's Ferry on October 27, 1863, which reopened the Tennessee River, Grant's attention rested solely on Lookout Mountain.

On the day before the main battle, November 23, Grant took on the main lines surrounding the city before advancing to the mountain, where the battle officially began on the morning of November 24. General Joseph Hooker then took over for the Union to make an assault on the mountain, although he did not plan to actually take control of the mountain itself. Along with men from General John W. Geary's division from the Twelfth Corps, the Union was able to capture a nearby Confederate post with no gunfire exchange thanks in part to the heavy fog that day. Unfortunately for the 1,200 Confederate troops stationed on or around the mountain, they were no match for the 12,000 Union forces that came for Lookout Mountain. Around 2:00PM that day, Rebel soldiers left the mountain in defeat.

Later that evening, General Bragg held a meeting with his fellow generals and decided to begin reinforcing nearby Missionary Ridge since they have lost the mountain. The following day, however, saw another Yankee victory after Grant launched another attack that saw the Confederate lines weaken and finally freed Chattanooga from Confederate control. This campaign soon proved to be the beginning of the downfall of the Confederacy as Grant soon announced the Chattanooga-Ringgold campaign in the days following Lookout Mountain and laid the groundwork for Sherman's famous March to the Sea the following spring.

Visitors to the park and museum can get an up-close view with cannons used during the battle as well as an incredible view of downtown Chattanooga from atop the mountain. The museum allows you to hear the tale of the battle through a miniature model that lights up whenever discussing s skirmish or full fledged firefight. Seeing the city from such an enormous height will give those a feeling of why the battle has earned the nickname "the Battle Above the Clouds."