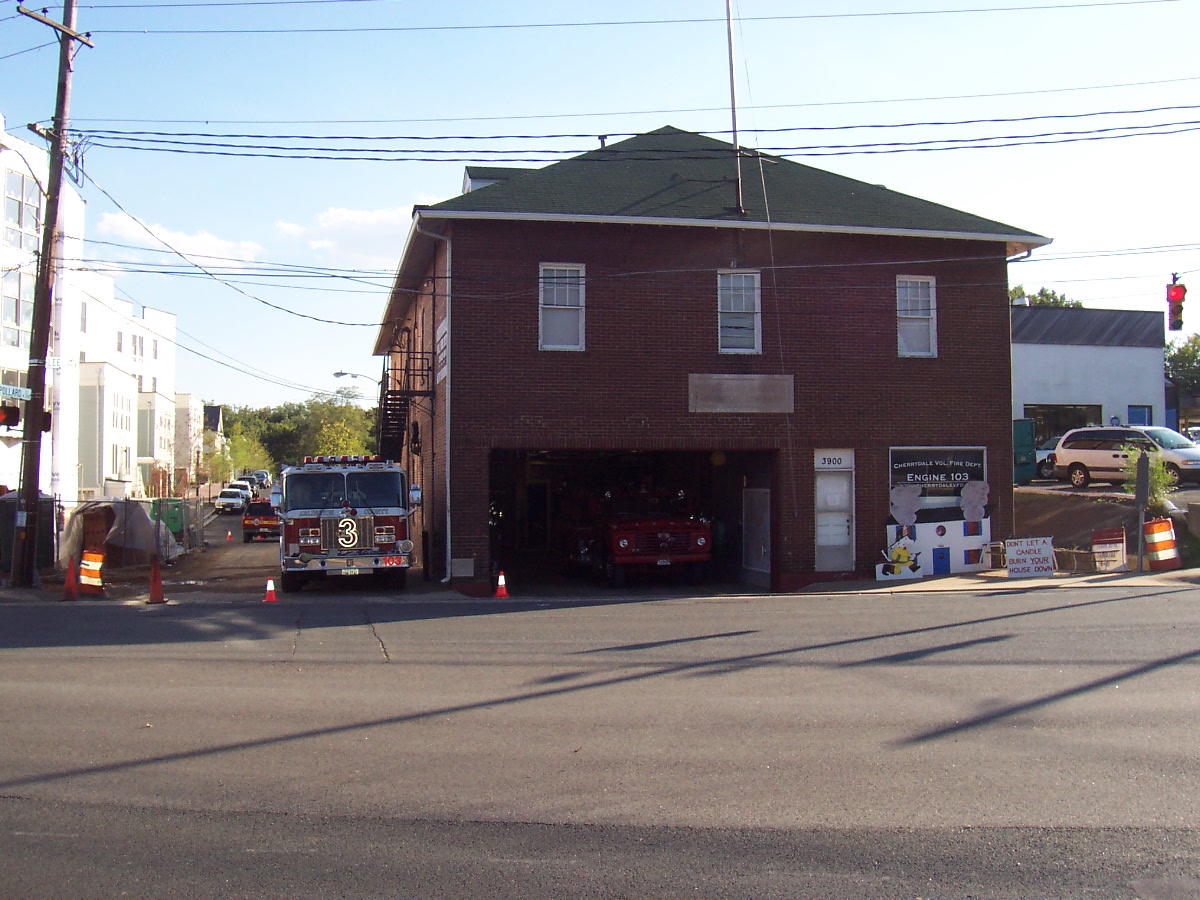 In 1898, the Cherrydale Volunteer Fire Department was formed, consisting only of a handful of members, a few leather buckets, and a ladder. The equipment was initially stored at the home of the department’s first fire chief, Mr. Turnburke. The department worked effectively in the neighborhood in the coming years, and in 1904, they had purchased their first hand-drawn cart fire engine. In 1907, a small shed had been created to house equipment, and a second substation was made in 1912 in order to house further equipment. A second group of firefighters for Cherrydale assembled soon after, and the two consolidated in 1910 with the ability to cover the whole of Cherrydale effectively. As the Cherrydale Volunteer Fire Department continued to grow, it became apparent in the late 1910s that the department would soon need an actual, proper fire house. As a result, the entire neighborhood was caught up in fundraising efforts, and by 1919, enough funds had been raised to begin construction. In 1920, the building was finally completed, and was Arlington County’s first permanent firehouse.

It soon became evident that the Cherrydale Volunteer Fire House was more than just a fire house, as it quickly became a center of community life in Cherrydale, where people would organize civic and community activities, and would go simply to socialize with others in the neighborhood. In the following decades, the staff would shift between hosting a number of professional firefighters, but since 2011, it is only staffed by volunteers. On April 28th, 1995, it was designated on the Virginia Landmark Register, and on July 28th, 1995, it was added to the National Register of Historic Places. Today, the fire house continues to serve not only as an active volunteer fire house, but it continues to provide Cherrydale with a place for civic and community activity.