Thomas F. Powers built what was originally a three-story hotel at this location in 1914. In 1919, two additional stories were added and the hotel advertised itself as the finest luxury hotel for travelers who arrived in the city along the Great Northern Railroad. The hotel survived the lean decades of the 1960s and 1970s that saw the closure of many downtown hotels that once served rail passengers, but was forced to close in 1981. The building was converted to housing for seniors at that time and placed on the National Register of Historic Places in 1983.

The hotel opened in 1914. At the time of this painting (1916) the building was only three stories tall. 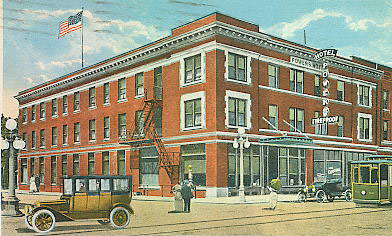 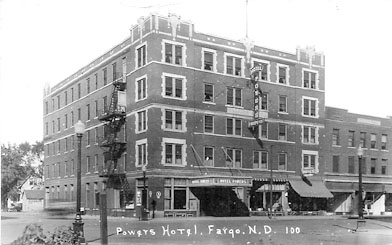 The building was converted to senior housing following the closure of the hotel in 1981. 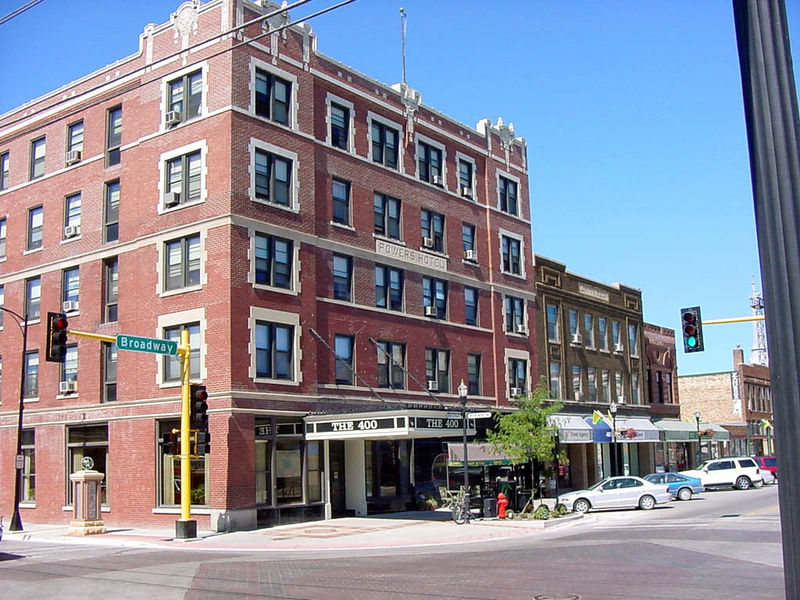