Appomattox Court House National Historic Park is best known for the McLean House-the home where General Robert E. Lee surrendered the Army of Northern Virginia which signaled the end of the Civil War. Lee's surrender followed the Battle at Appomattox Court House, where his fleeing army was cut off by Union forces. The battle was the culmination of the Appomattox campaign, which spelled the end for the Army of Northern Virginia. The battle site is also a part of the park. The park was established in 1935 and was named a National Historic Park in 1954.

The McLean house is the house in which Confederate General Robert E. Lee surrendered to Union commander Ulysses S. Grant. 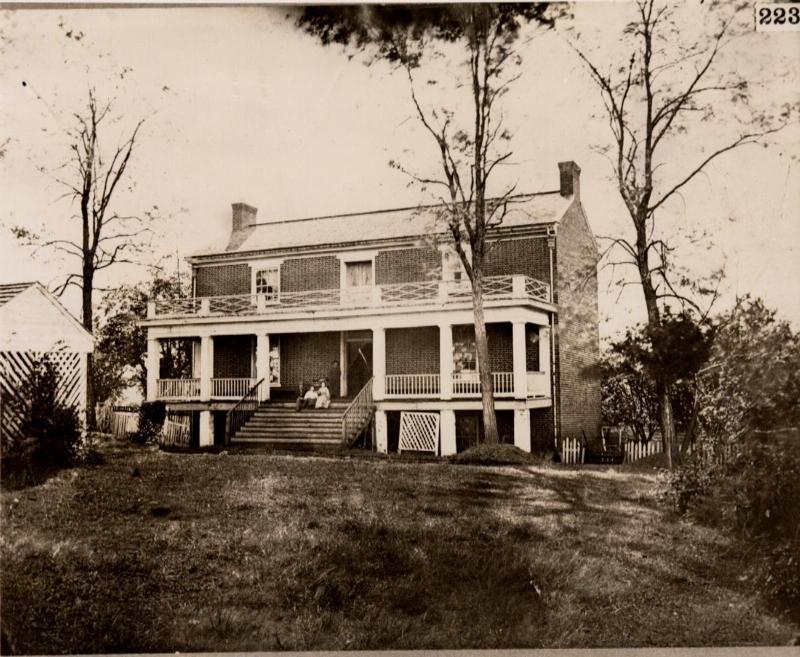 A view of Appomattox Court House 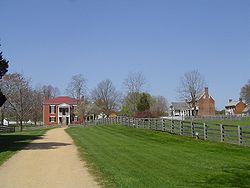 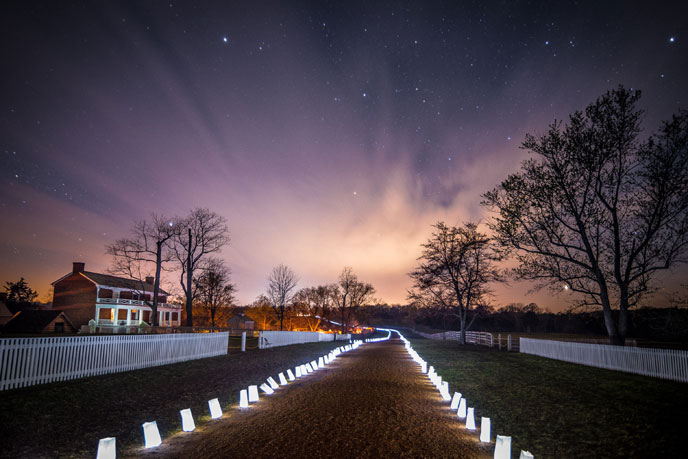 On April 9, 1865, General Robert E. Lee surrendered his Confederate troops to General Ulysses S. Grant. This was the proximate cause of the end of the Civil War. The location was at the front parlor of Wilmer McClean's home, in Appomattox Court House, Virginia. Wilmer McClean had moved to Appomattox Court House from Manassas, where, during the First Battle of Bull Run, his house was fired at by Union artillery because it was being used as the headquarters of P.G.T. Beauregard. This event precipitated his move to the sleepy village, where he thought that he would be safe. The war started in his yard and ended in his parlor.

Lee with his 28,000 soldiers, was fleeing from Richmond, which had fallen to the Union, with the goal of linking up with Joseph E. Johnston and defeating William Tecumseh Sherman, before returning north for a showdown with Grant. The fall of Richmond was a shocking blow to the Confederacy. Since its fall, Lee had lost 3,000 troops to desertion alone. Lee was delayed, crucially, at Amelia Court House, where he waited over a day for supplies for his troops, allowing Union forces to catch up to and cut him off. This delay was fatal in the minds of many scholars.

Lee was already cut off to the south, so he decided to march west in the hopes of slipping around the Northern lines. Lee forced his troops to make night marches to make up for the lost time spent at Amelia Court House. Morale slumped, rations were low, and the army started to fall apart. Gaps appeared in the line of retreat, causing major problems. At Sailor's Creek, Lee lost 8,000 men, killed, wounded, or captured. When Lee arrived at Farmville, his planned place of rationing, the Union forces were already there. He decided to march even further west, with the goal of getting to Appomattox Court House before the Union forces, resupplying, and turning south.

Union cavalry corps, unbeknownst to Lee, had been moving south of his army to cut him off from the other side of the Appomattox river. With the infantry of the Federal army pressing him from the north, and the Federal cavalry cutting him off from the south, Lee saw the end in sight. When Lee made it to Appomattox Court House, he saw that he was cut off. Lee made a last-ditch attempt to break through the Union cavalry on the morning of April 9, but to no avail.

Grant had a few days earlier sent for Lee's surrender. Lee declined at the time, but he was now in an even worse position. Lee sent for Grant. Grant had left just that morning for the cavalry units under Sheridan. Grant's subordinates sent for Grant. The fighting continued as the news of a possible surrender moved slowly. Some Confederate soldiers were indignant, and consequently made their escape, slipping through Northern lines. After looking for a place to have the meeting, Lee and a Union officer alighted upon the house of Wilmer McClean. Thirty minutes later, Grant arrived. Lee and Grant, who had both served in the Mexican-American War, and had met once before, chatted until Lee brought up the purpose of the meeting. Grant offered lenient terms: parole for the officers and men, so long as they gave up their weapons, and he allowed the cavalry to keep their horses. Grant even gave rations to the Confederate troops. Lee asked for it all in writing. Pen and paper was brought, and except for a few details hashed out the next day by subordinate officers, the Army of Northern Virginia had surrendered. Soon after the meeting, officers in the Union army brought away nearly everything in the parlor of Wilmer McClean.

The surrender of Lee precipitated the end of the Confederacy. The fall of Richmond, the capital, and now the fall of the CSA's most important army was the proximate cause of the end of the war. While skirmishes and battles would be fought for over a year, the writing was on the wall. Jefferson Davis and the remnants of the Confederate government retreated south, but on May 5, 1865, Davis dissolved the government. Davis himself was captured on May 10.


Appomattox Court House National Park was established in 1935. The park encompasses over 1700 acres, including many monuments and markers in addition to its famous building.