Castle Gatehouse, Washington Aqueduct is a Washington, DC pump station located on the Washington Aqueduct in the Georgetown Reservoir. Built between 1899 and 1901, the Castle Gatehouse was a commission of the US Army Corps of Engineers by Congress to give Washington, DC access to a source of water. It was designated as a National Historic Landmark in November of 1973, and shortly after is as added to the National Register of Historic Places in March of 1975. Today, the gatehouse continues to be monitored and managed by the US Army Corps of Engineers.

A view of the gatehouse. 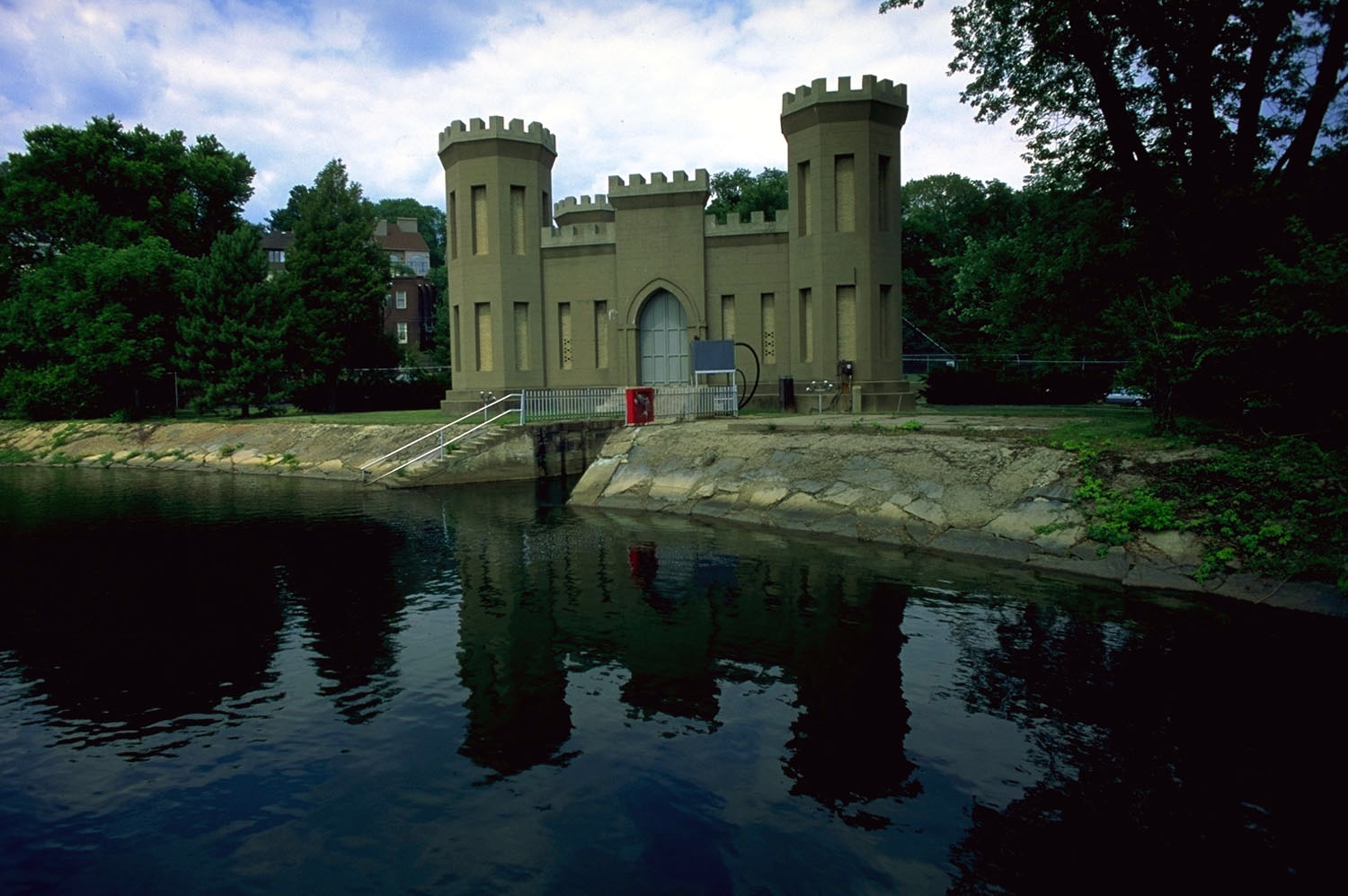 In 1899, construction began on a gatehouse for the water supply, which was modeled after the Army Corps of Engineers’ insignia, and was designed to look somewhat like a castle in appearance, and it was completed in 1901. Additionally, a treatment plant was set under construction, and in 1905, it was providing Washington, DC with filtered, purified water. On November 7th, 1973, the gatehouse was designated as a National Historic Landmark, and on March 13th of 1975, it was placed on the National Register of Historic Places. Today, the gatehouse still sees active use and is monitored and maintained by the Army Corps of Engineers.