The Bill Monroe Homeplace is located high upon a ridge overlooking Rosine, KY and is the birthplace of famed Bluegrass musician Bill Monroe. The family farm, commonly referred to as Jerusalem Ridge, spans 930 acres and was owned by the Monroe family from 1801 through much of 1965. The farm was sold to a local businessman and later fell into disrepair. Monroe tried unsuccessfully many times to purchase the property before his death in 1996. Campbell Mercer, a veterinarian from London, KY, soon formed the Bill Monroe Bluegrass Music Foundation to celebrate the life and legacy of Bill and his brothers. The foundation bought the property and in 2001 began a restoration of the home. The homeplace now houses the Bill Monroe Museum and is the site of the Jerusalem Ridge Bluegrass Celebration and Festival. 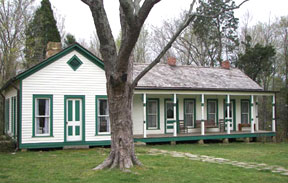 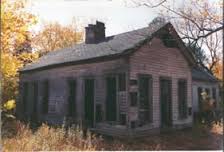 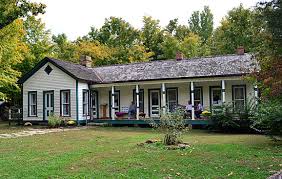 William Smith Monroe, born September 13, 1911 in Rosine, KY, is recognized as the father of Bluegrass music. Monroe was born into a talented family of musicians and grew up playing and singing alongside them. Monroe's parents died within six years of one another and by the age of 16 he found himself living with various aunts and uncles. Bill later resided for two years with his mother's brother, Pendleton "Pen" Vandiver. Pen, a talented musician, often took Bill with him when he played the fiddle at social events. These experiences shaped Monroe's musical style and later influenced one of his most famous compositions, "Uncle Pen."

Monroe traveled to Indiana in 1929 to work alongside his brothers, Birch and Charlie, at an oil refinery. The brothers soon began performing at local dances and gatherings as the "Monroe Brothers." Birch eventually left the group but Bill and Charlie continued to perform, securing a recording contract with RCA Victor in 1936. The Monroe Brothers disbanded in 1938 and Bill eventually founded the "Blue Grass Boys." The term "Bluegrass" was later coined after the band's name.

Bill auditioned and won a spot on the Grand Ole Opry in October 1939, launching a career that spanned well into the 1990s. Monroe is the only person to be inducted into the Country Music Hall of Fame, the Rock and Roll Hall of Fame, and the Bluegrass Hall of Fame. Bill was awarded a Grammy Lifetime Achievement Award in 1993 and the National Medal of Arts in 1995. Monroe ended his professional career in early 1996 following a stroke. He died a few months later on September 9, 1996--four days shy of his 85th birthday.

Veterinarian Campbell Mercer and others formed the Bill Monroe Bluegrass Music Foundation--originally known as the Bill Monroe Foundation and then later the Monroe Brothers Foundation--shortly after Monroe's death to honor the life and legacy of Bill and his brothers. The foundation was determined to save the deteriorating Monroe family homeplace and arranged to purchase the Jerusalem Ridge property in 2001. The home was successfully restored to its 1918 appearance after a thorough renovation and filled with various pieces that document Monroe's lengthy career.