Founded in 2001, the Western America Railroad Museum strives to preserve the history of railroading in the Pacific Northwest and to share this history with the public. It provides educational forums and interpretive and historical displays to show the history and technological development of the railroading industry. The museum contains artifacts, artwork, timetables, uniforms, tools and other items. It also houses a number of rolling stock, locomotives, and railroad operating equipment. Its programs include an annual railfest, military days, model railroad meets, and and many others. The museums is housed in the historic 1911 Harvey House depot, named after its builder, Fred Harvey. The Barstow Area Chamber of Commerce and the Barstow Route 66 Mother Road Museum are also located in the building.

Two of the several train cars located at the museum 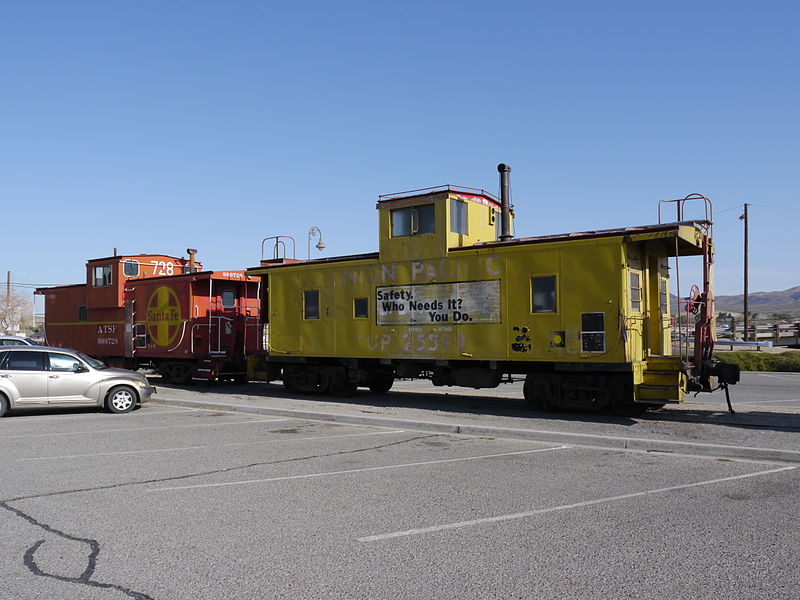 A view of the Harvey House depot and an Amtrak train next to it. Amtrak provides passenger rail service at the station. 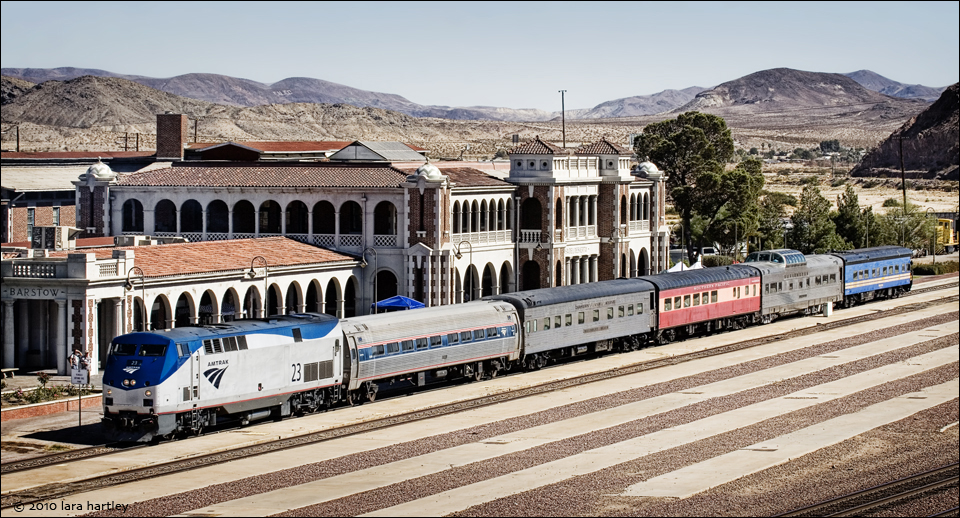 A Harvey Girl at a New Mexico Harvey House 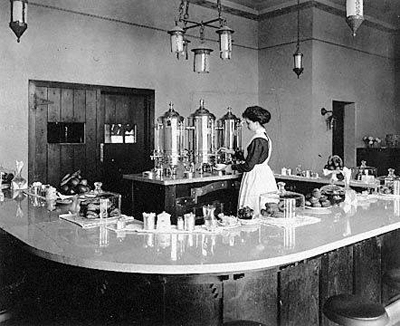 The Western American Railroad Museum is a railroad museum that collects and preserves the history of the railroad in the Pacific Southwest. Its collections include railroad artifacts, timetables, uniforms, tools, artwork, and other items related to the railroad. Its present location is next to the historic Barstow Harvey House and the Santa Fe Railroad Depot.

Fred Harvey, the entrepreneur behind Harvey Houses, envisioned stops where travelers could enjoy a hot delicious meal, purchase some souvenirs, or even stay the night. Harvey Houses--as they became known--operated along the Atchison, Topeka and Santa Fe, Gulf Coast and Santa Fe, Kansas Pacific, and St. Louis-San Francisco Railways.

Harvey is often credited with establishing the first chain restaurant, promoting the Southwest, and innovations in business and marketing. Particularly his employment of attractive Harvey Girls. Harvey placed ads in newspapers for his Harvey Girls. He wanted well-mannered, educated, white young women between the ages of 18 and 30. The girls were provided room and board (including supervision), and were entitled to any gratuities.

The Barstow station--called The Casa del Desierto Station-- was built in 1911. It replaced an earlier station that had burned down in 1908.

The Casa del Desierto was added to the National Register of Historic Places in 1975.