Dents Meadow is where assassin John Wilkes Booth gained transport across the wide Potomac River while fleeing Union soldiers after the assassination of President Abraham Lincoln. The boat was provided by local Confederate Thomas Jones, who hid the boat along a small creek near his “Huckleberry” farm.

Dent's Meadow is where John Wilkes Booth was provided a boat to sail across the Potomac River into Virginia, where he expected even more Confederate aid in his escape. 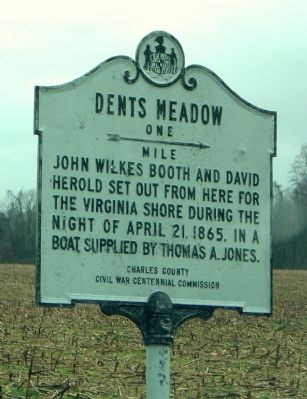 The Potomac River and Virginia beyond, looking from the Maryland side near a likely spot where John Wilkes Booth launched in a boat hidden at Dent's Meadow. Booth's trip was late at night and on rough water. 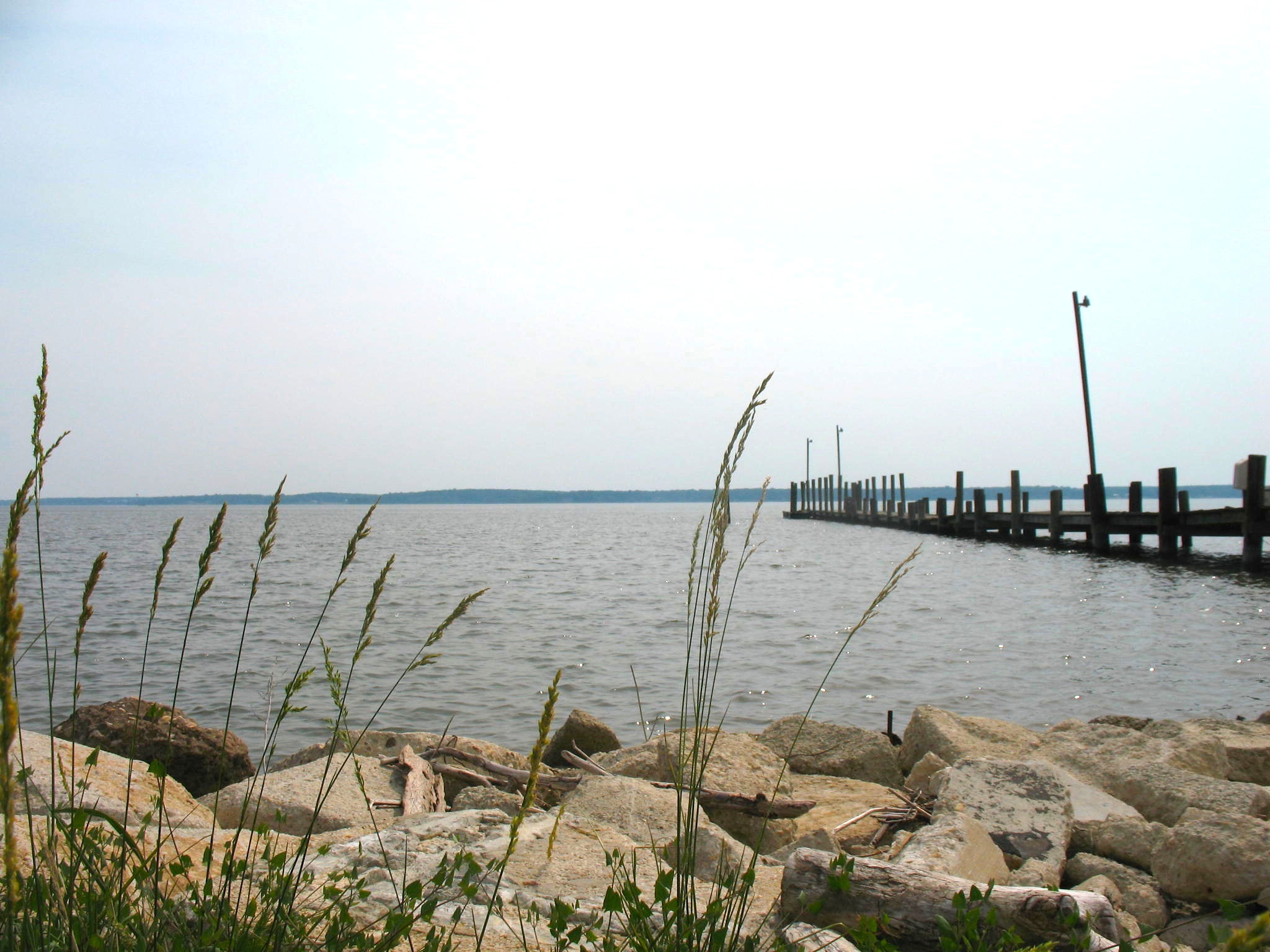 Booth and Herold had spent the past five days hidden in the Pine Thicket near “Huckleberry” farm, owned by Confederate Thomas Jones.  Having waited for the Union soldiers to leave the area, Thomas found an opportunity on April 20 to lead the two fugitives to the Potomac River where they could cross over into Virginia.  Slowed by Booth’s broken leg, the three crossed a mile of rugged terrain to reach Dent’s Meadow.  Jones had instructed Henry Woodland to leave a boat there, near an unnamed creek that emptied into the River.  Under darkness as “Black as ink,” the two fugitives entered the twelve foot boat.  Booth tried to offer Jones money but for Jones his aid was a matter of honor and duty to the Southern cause.  He accepted only twelve dollars, what he paid for the boat a year before.

The strong flood tied was too much for the two men and they were swept up river.  They tried again a few days later, landing in Virginia on April 23.  With the Union soldiers never far behind, Booth’s days were numbered.  He was killed during his arrest three days later.

Dent’s Meadow is part of the “Huckleberry” farm that is now owned by a Jesuit retreat.  Access to the site is limited.  The retreat only accepts visitors by appointment.  There are public tours, however, that are permitted to travel the property.