Originally constructed sometime in the 1740s (no official record of construction exists,) the Clarkson-Watson House is one of the oldest remaining and most historically relevant houses in Germantown, Pennsylvania. Having served many diverse purposes, from a meeting place of Continental Army generals to the site of a national bank, the Clarkson-Watson House has been a veritable nexus of historic events in the area. In most recent memory, it has served privately as the home of a local law firm and, more publicly, as the meeting place of the Germantown Historical Society, whose members have worked to preserve the vital pieces of early American history that permeate the City of Germantown.

Washington and his generals met at this home in 1777. Thomas Jefferson also lived in this home during the summer of 1793. 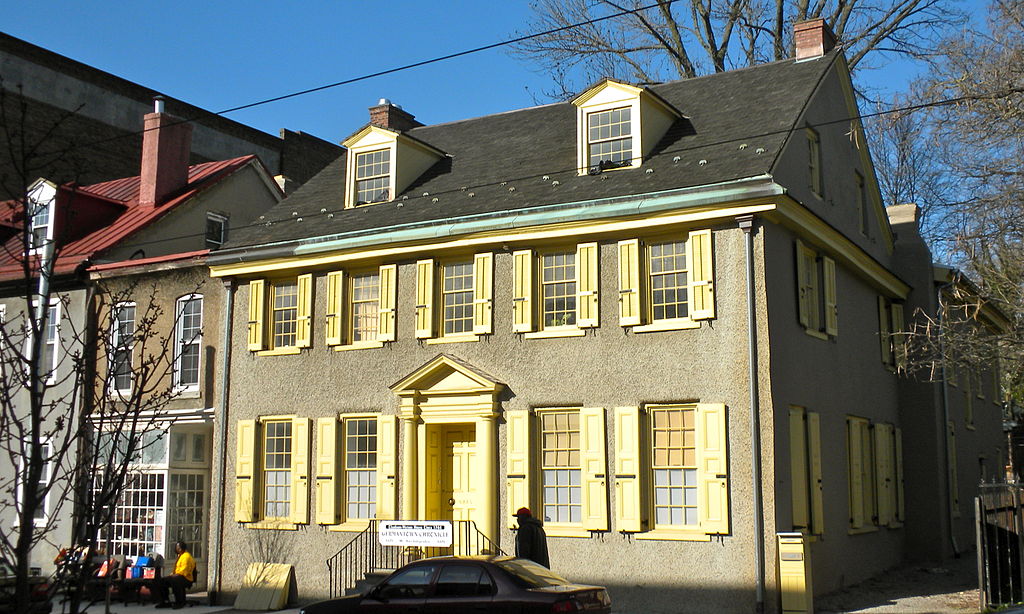 Photograph of the Clarkson-Watson House in 1860, sourced from History of Old Germantown, citation above, public domain history volume 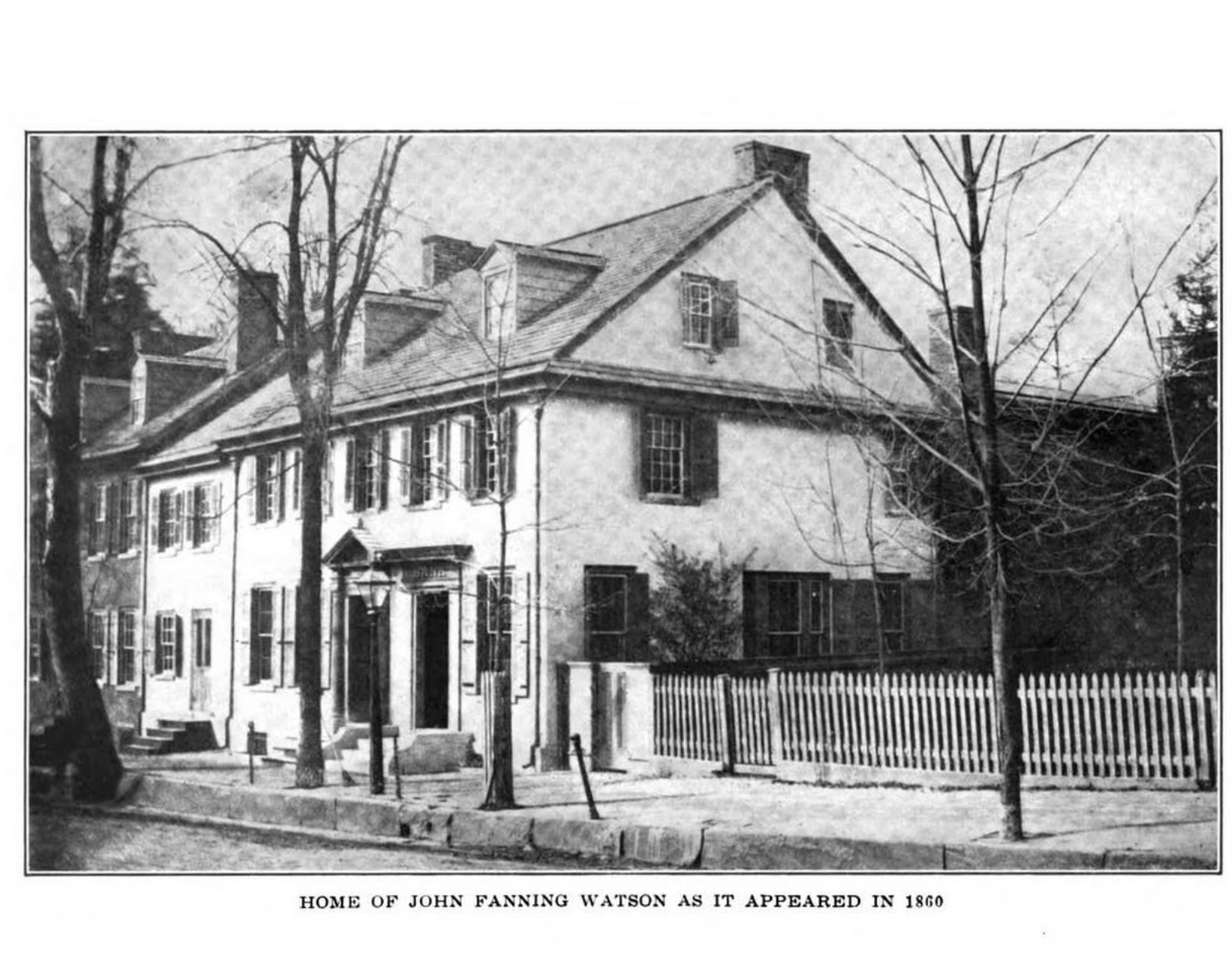 The Clarkson-Watson House was built by former Philadelphia mayor Matthew Clarkson sometime between the years of 1740 and 1750 and served as his primary residence until the late-1700s.  During the early stages of the American Revolution, the House was occupied by the British forces under the command of General Sir William Howe, at which point its large parlor served as a court-martial.  Following the bloody Battle of Germantown, in which the Continental Army under the command of General George Washington brilliantly but unsuccessfully attempted to free Philadelphia from General Howe’s hold, the Clarkson-Watson House was used as a temporary meeting place for General Washington and his Council of War (notably including Henry Knox and Nathaniel Greene.)

Following the occupation by the British and the temporary use by George Washington, the House became the residence of His Majesty’s Surveyor General of the District of North America, William Gerhard de Braham, a writer in service to the British Crown who wrote and published the “American Military Pocket Atlas.”  De Braham was uniquely fond of the Quakers in the area, adopting for himself some of their attire and practices and regularly attending their services.  His other interests included astronomy and American mysticism.  De Braham was so involved with the Quakers that he was buried in the Friends’ Burying Ground in Germantown upon his death.

The Yellow Fever outbreak that occurred in Philadelphia in the year 1793 brought many notable historical figures to the Germantown area to stay in homes outside of the range of the quarantine.  The Clarkson-Watson House became the temporary home of Secretary of State and Founding Father Thomas Jefferson and Attorney General Edmund Randolph.

When the outbreak cleared, East India merchant Richard Bayley purchased the House and used it as an ale brewery, the products of which he hoped to sell to the East India markets.  When the brewery proved to be a profitless venture, Bayley decided to sell the house to the burgeoning Bank of Germantown, which had been founded in 1814 at 5504 Germantown Avenue.  The cashier of the Bank of Germantown at the time was John Fanning Watson, for whom the House is the partial namesake.

Watson’s influence on the area, let alone the house, was remarkable.  He was the first historian who devoted himself to understanding the history of Philadelphia, publishing the Annals of Philadelphia in 1830, which is referred to by the National Park Service documentation for the house as an important source of regional history.  This exhaustive volume was not his only contribution to the historical preservation of the Germantown and Philadelphia areas, however.  As a result of his research in the Germantown Area, John Fanning Watson became familiar with the burial sites of a number of soldiers who were slain in combat during the Battle of Germantown.  British General Agnew and Lieutenant Colonel Bird, American Major Irvine, and eight of Irvine’s fellow American soldiers were memorialized with quality gravestones paid for by Watson himself.  According to History of Old Germantown, Watson also contributed to a major monument which was constructed over the burial plot of General Nash in the Kulpsville Mennonite Burying Ground.

In 1825, the Bank of Germantown was relocated from its location at 5504 Germantown Avenue to the Clarkson-Watson House at 5275-77 Germantown Avenue.  Watson lived in the upper floors of the home while doing bank business on the floors below.  John Farring Watson lived to the age of 82, passing away on December 23, 1860.

In 1971, the Clarkson-Watson House was added to the National Park Service’s National Register of Historic Places.  It has been preserved well by its occupants, who, in more recent years, have included the Germantown Historical Society and the Cheshire Law Group.

Garber, John Palmer. Keyser, Naaman Henry. History of Old Germantown: With a Description of Its Settlement and Some Account of Its Important Persons, Buildings and Places Connected with Its Development. Vol. 1. H. F. McCann, 1907. Extensive history of Germantown and the buildings within, available publicly on Google Books