Also known as the John E. Christian House, this beautiful home was designed by famed American architect Frank Lloyd Wright (1867-1959) for Purdue University professors John E. Christian and his wife, Catherine. It is named after a winged tree seed that is commonly found in the Midwest (the seed was the inspiration for Wright's design). The house was built in 1956 and is one of six Wright-designed homes in Indiana. It is a great example of Wright's style of architecture he called "Usonian," which is a term he developed to reflect his philosophy that all Americans should have an inexpensive, well-designed home that embodies the American ideals and is in accordance with the natural landscape. The home is listed on the National Register of Historic Places (1992) and is a National Historic Landmark (2015). Visitors are allowed to tour the home, by appointment, from April to November. John lived in the home until he passed away in 2015. It is owned and managed by the John E. Christian Family Memorial Trust.

Samara was built in 1954 and is a perfect example of Frank Lloyd Wright's Usonian style of architecture. The Christians decided to have Wright design the house as well as the landscape. 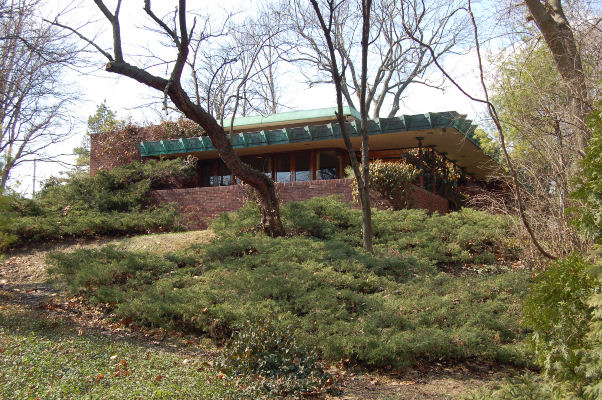 The interior features Wright-designed furniture and this large room where John and Catherine could entertain students and other guests. 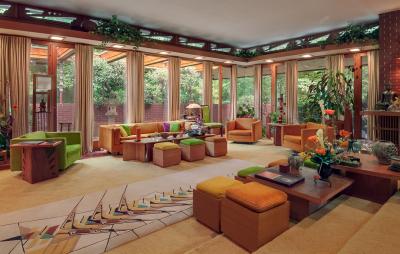 Characteristics of Usonian homes were the use of local materials, a tadpole-shaped structural design, narrow hallways with built-in furniture, and a horizontal grid line pattern throughout the house, as well as the usual blur between nature and interior that were typical of a Wright home.
Dr. John Christian and his wife, Catherine, first discovered Frank Lloyd Wright's unique new style during a trip to New York in the late 1940s. By 1950, they decided to have Wright design their new house. Over the next few years, Wright and the Christians got to work designing it, and the Christians would often travel out to Wright's home in Arizona to discuss house plans. The house plans were finished in 1955, and the structure was soon built after that in 1956.

Tours available for reservation from April to November.