A view of the National Academy of Sciences building. 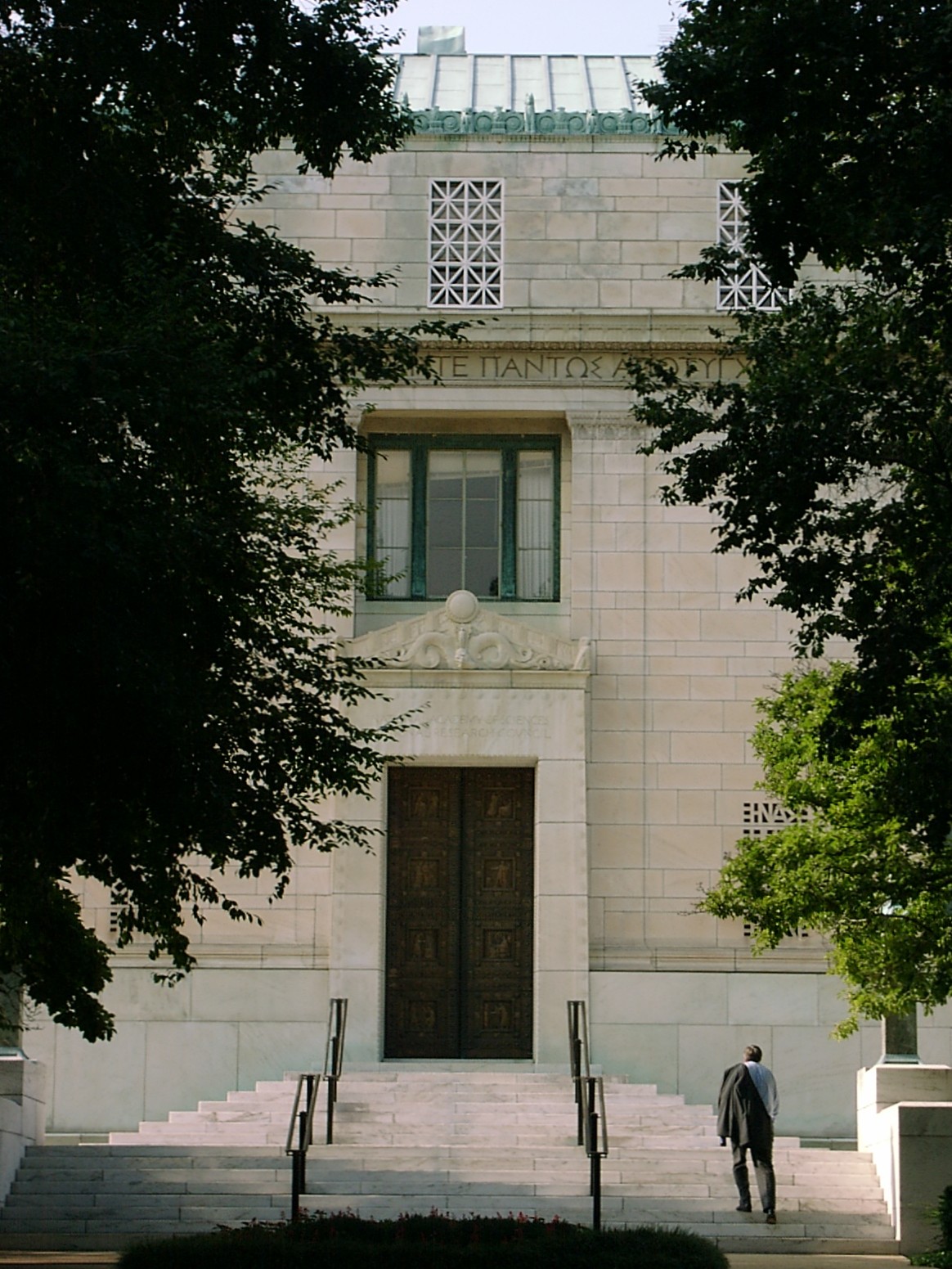 The National Academy of Sciences was created, along with numerous other organizations, by the signing of the Act of Incorporation by President Abraham Lincoln on March 3, 1863. The Academy was designed to be a science-based organization that would provide aid and information for other branches of the United States Government. After the signing of the Act of Incorporation, the National Academy of Sciences was officially organized on April 22, 1863 during a meeting in the University of the City of New York’s chapel. The Academy did not have an established base of operations until a vote decided in 1870 that Washington, DC, would serve as the organization’s headquarters. Even after the establishment of a location, however, the Academy did not have an actual building until decades after its founding. In 1900, the Washington Academy of Sciences began to raise money in order to construct a building to house scientific organizations in the area, and in 1913, it seemed as though Congress would provide land to house the prospective building. The funds needed could not be raised by the involved parties, however, and as a result, the project fell through.

By 1916, it became clear to the federal government that the Academy was of consistent use to them for their technical and scientific expertise, and efforts to raise money for a permanent building resurfaced. By 1919, sufficient funds were raised to craft the building, and plans went into motion for selecting sufficient land, an architect, and the actual construction of the building. Construction began in July of 1922, and on Monday 28th of 1924, the building was completed and an opening ceremony was held to commemorate its completion. The building still serves as the base of operations for the National Academy of Sciences today.