The Santa Clara Tower is home to the first computer ever installed in Silicon Valley: the Santa Clara interlocking machine. It was used from 1927-1993 and is now part of the South Bay Historical Railroad Society. The society is located in the historic Santa Clara Station, which is listed on the National Register of Historic Places. The tower is situated just to the west of the depot building. 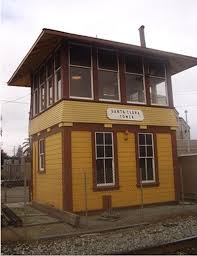 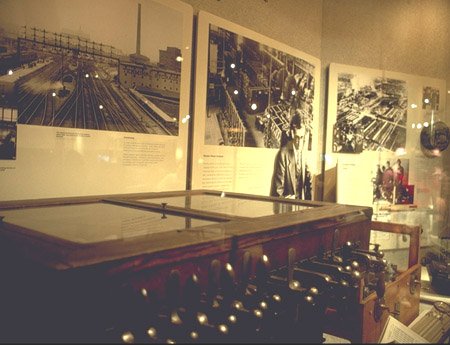 Inside of Santa Clara Tower

The Santa Clara Railroad Depot was constructed in late 1863 by the San Francisco and San Jose Railroad Company as one of two "way stations" built between San Francisco and San Jose.  The South Bay Historical Railroad Society is dedicated to the preservation of the local railroad heritage, and was created in 1985. The SBHRC has various artifacts and buildings that tell the history of the local railroad: Oregon-Washington Railroad & Navigation business car #184, two operational HO and N scale model railroad layout displays, and the Santa Clara Tower with the interlocking machine.

The two-story Santa Clara Interlocking Control Tower is one of two unmodified Harriman Standard No.4 towers still standing in California. The interlocking machine has many switches and signals from the north end of the Santa Clara yard to the junction switches and signals controlling the tracks to and from both San Francisco and Oakland. Tours are available during SBHRC's operating hours.