This state-operated museum opened in 1970, shortly after the United States launched Apollo 12, the second successful lunar mission. The museum includes over 1500 artifacts and numerous exhibits related to space exploration, including rockets built by the military prior to the establishment of NASA and capsules and engines that took astronauts to the moon during the Apollo program. In addition to preserving and sharing the early history of space exploration, the museum also offers a variety of flight simulators and interactive displays that reveal the science behind space exploration. Visitors to the museum can also take a bus tour of the complex, including a visit to the Marshall Space Flight Center.

by Sandra Hughes of Killen, Usa. 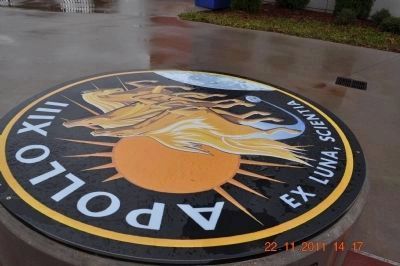 U.S. Space & Rocket Center includes historic rockets and shuttles as well as the main museum and the Davidson Center for Space Exploration.

In the midst of America`s Cold War with Soviet Russia, the Eisenhower and Kennedy administrations reorganized existing federal agencies into the National Aeronautics and Space Administration (NASA) and dramatically increased funding for the study and construction of rockets and vehicles that might escape the earth's atmosphere. With the support of the Kennedy Administration, NASA launched the Apollo program with the aim of putting a man on the moon by the end of the decade.

In 1969, NASA  successfully landed astronauts Neil Armstrong and Buzz Aldrin on the moon. A year later, Apollo 13 launched under the leadership of Flight Commander Jim Lovell, Lunar Module Pilot Fred Haise Jr., and Command Module Pilot Jack Swigert. The crew experienced problems even before take-off; a member of the backup crew had exposed them to the German measles, resulting in the original pilot Ken Mattingly being replaced with Jack Swigert. Roughly sixty hours into the flight, oxygen tank number two exploded and the crew was forced to move to the Lunar Module.

NASA officials moved quickly to come up with a plan to return the astronauts home safely. They worked around the clock to rewrite reentry procedures for the damaged craft and to fix supplies of consumables such as air and water for the astronauts as well. On April 17, 1970, the astronauts touched down in the Pacific Ocean near the Samoan islands.