The Detroit Public Library’s system is the largest in Michigan, with 21 branches and over 7 million books. The first public library in Detroit opened in the old Capitol building in 1865; a second building was used from 1877-1921. The current Main Library was built in 1921 in an Italian Renaissance style. Costing $3 million at the time, it features beautiful marble work, tall painted windows, and various murals and mosaics throughout. The library is an important repository for several special archival collections and offers thousands of programs and events every year, including architectural tours of the main branch. 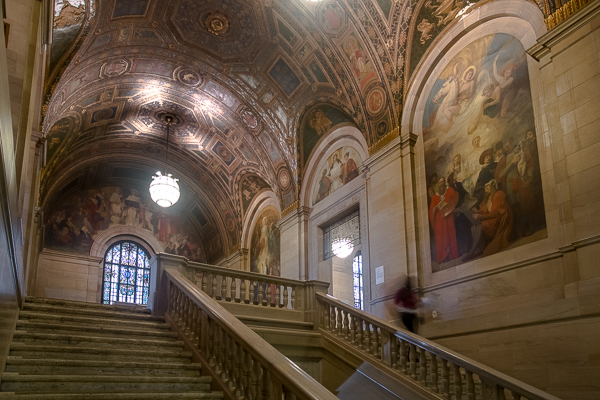 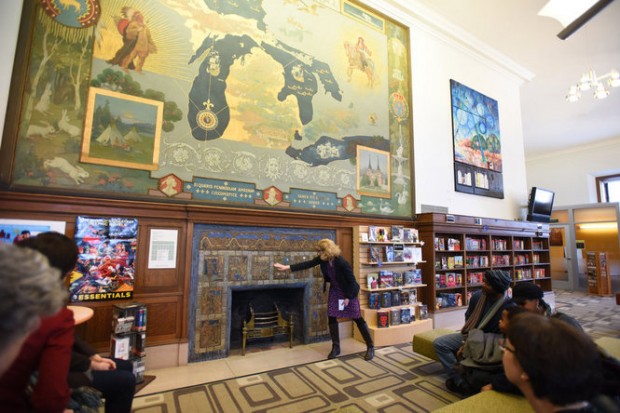 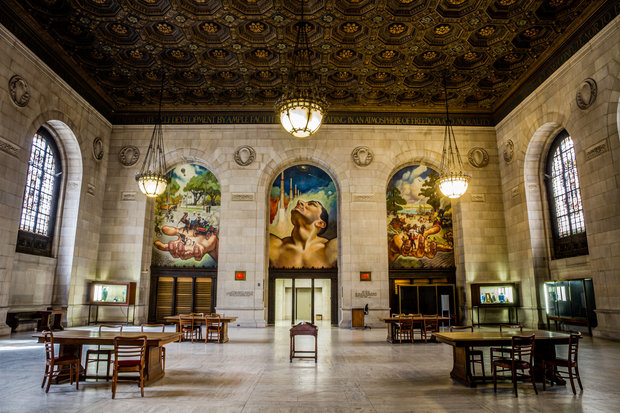 The balcony with ornately decorated ceilings 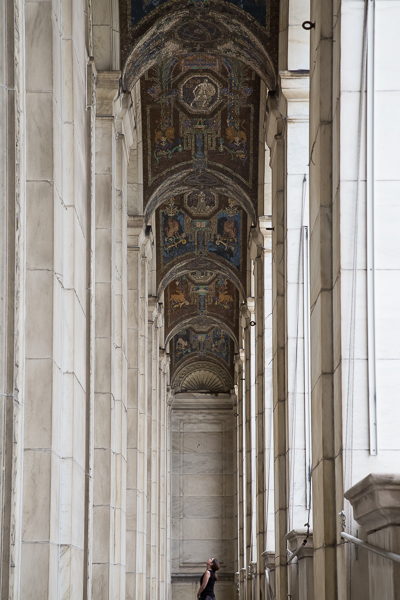 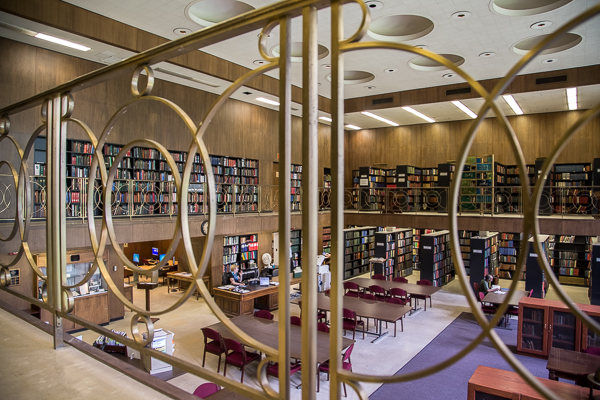 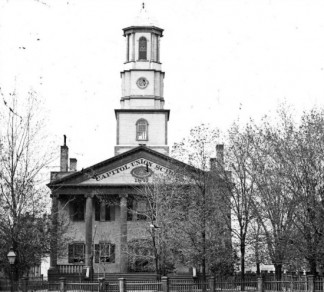 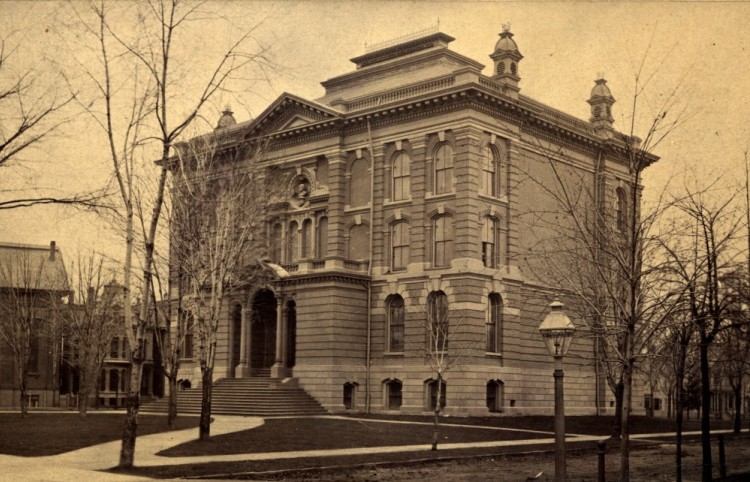 The reading room of the Center Park library, demolished in 1931 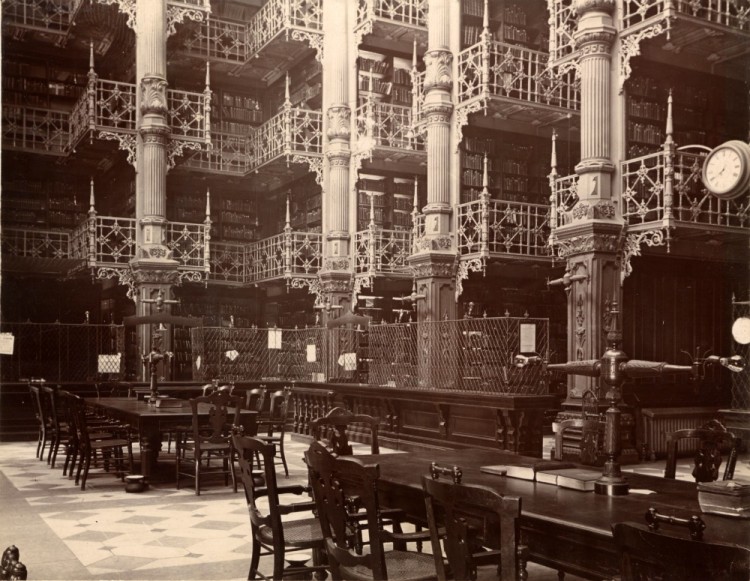 The first Detroit Public Library opened in March 25, 1865 in the State Capitol building on State Street with a collection of 5,000 books. In 1877, a new library building opened in Center Park and served as the main branch of the growing Detroit Public Library system until 1921. This library had a magnificent five-story reading room, with skylights and ornate iron railings, walkways, and columnns. The library was demolished in 1931, and the Skillman Branch Library (which currently houses some of the library’s special collections) was constructed in its place.1

The current main branch of the Detroit Public Library on Woodward Avenue was opened on March 21, 1921. The building cost over $3 million (about $38 million today) and was funded in part by Andrew Carnegie. It was designed by architect Cass Gilbert, who had also designed the Woolworth Building in New York and the U.S. Supreme Court building in Washington, DC.2 It was built in the Italian Renaissance style with a limestone and marble exterior, painted glass windows, a grand staircase, marble floors, arched gilded ceilings, and historical murals. One room contains a huge three-part mural by John Stephens Coppin depicting different modes of transportation over the years. In the children’s section, a huge 1923 illustrated map of Michigan stands over a fireplace lined with Pewbic tiles depicting scenes from children’s folktales. A large colorful mosaic called “River of Knowledge” by artist Millard Sheets was added to the Cass Avenue entrance in the 1960s.3

The Detroit Public Library’s system is the largest in Michigan and the fourth largest in the United States. The library system currently has 21 neighborhood branches with over 7 million books. Almost 2 million items are checked out every year by over 334,500 library cardholders. The library hosts 5,700 annual community events and programs.3 The library contains some important special collections, including the Burton Historical Collection and the National Automotive History Collection (NAHC). The Burton Historical Collection compiles a history of Detroit and Michigan going back to the first European explorers in the area in the 1600s. It is made up of rare books, newspapers, photographs, maps, genealogy records, and personal and business archives. The NAHC is the world’s largest collection of archives and photographs about vehicles and their production.4

The library celebrated its 150th anniversary in 2015. Architectural tours of the Main Branch are offered regularly (see DPL website for more information).