Born from a marriage between a Union Major and a Confederate spy, the Virginia House of Delegates representative and Fairfax resident, Joseph Edward Willard, commissioned the construction of this building in 1900 and donated it to the city of Fairfax in 1902. Willard went on to serve as Virginia's Lieutenant Governor from 1902 to 1906 and later as U.S. Ambassador to Spain in 1913. The building has served as social gathering space for more than a century. As well, the building is now home to the collections of the Hudleson Library and the Fairfax Art League. The building was renovated in the 1980s and 1990s, and holds a number of special events throughout the year. 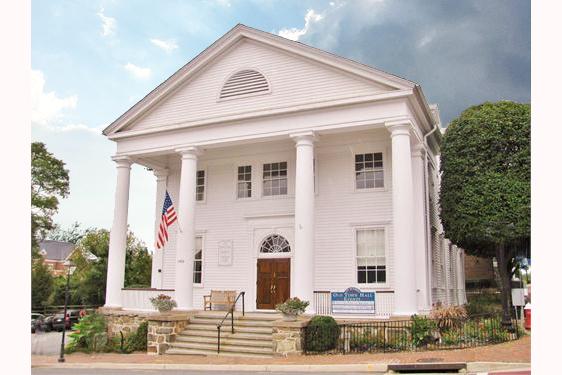 Built in 1900 by Joseph E. Willard, a wealthy resident and the son of a Confederate spy. Willard served in the Virginia government for roughly fifteen years, including as Lieutenant Governor. He followed that role by becoming U.S. Ambassador to Spain. He donated the home to the city; it remains a focal point for social activity in Fairfax.

Fairfax found itself caught in the proverbial middle of the Civil War with Confederate troops positioned in the western section of Fairfax County and Union soldiers quartered in the northern and eastern parts. Two battles also took place near the town in 1861 and again in 1863. As such, loyalties remained elusive. Willard's mother, who had been "commissioned" by J.E.B. Stuart as his honorary aide-de-camp, with the rank of major in the Union Army, had been arrested for passing information to the Confederates. She met her future husband in jail; Union officer, Major Joseph C. Willard secured her release from prison after seven months.

Joseph Willard, however, enjoyed a much less tumultuous relationship with his local community, and nation. Willard served for eight years in the Virginia House of Delegates from 1884 to 1902, which he followed by becoming the nineteenth Lieutenant Governor of Virginia. However, he failed in his bid to become Governor in 1906. After losing the election, Virginia General Assembly elected him a commissioner of the Virginia State Corporation Commission, a position he held until 1910. Three years later, in 1913, President Woodrow Wilson appointed Willard as the United States Ambassador to Spain. He continued to serve as an ambassador throughout World War I, often having to deal with exceptionally sensitive situations between Spain and Germany, as well as the role Spain played in its support of the U.S., England and France. He continued in his role as ambassador until shortly before his passing in 1921.

Both of Joseph Willard's brothers died in infancy, leaving Joesph as his father's only heir and only beneficiary to his father's wealth. Willard commissioned the construction of the building in 1900 and subsequently presented it to the town as a gift in 1902, the same year Willard became Lieutenant Governor of Virginia.

The home mainly enjoys neo-classic (or classic-revival) design, but also with Federal-style features, such as the fanlight window over the front doors and the round-headed gabled dormers. The structure stands as an imposing building in the town, notably due to its large columns.

The hall immediately became the center of Fairfax's social life and has become a popular spot for weddings. Additionally, Old Town Hall's second level is home to the Huddleson Library andt the Fairfax Art League.