Designated a National Historic Landmark in 1960 and placed on the National Register of Historic Places in 1966, Grouseland was the home of William Henry Harrison, one of the country's many presidents. He built it in 1804 and it was designed by architect William Lindsay in the Federal Style. There was, apparently, a large number of grouse in the area and Harrison reputedly named the mansion "grouseland" after the bird. Harrison lived in the house during his term as the governor of the Indiana Territory from 1801-1812; it remained in the family until the 1840s. During his term as governor, Harrison led negotiations for thirteen Indian treaties, the most notable of which was the Treaty of Grouseland, which opened up the north bank of the Ohio River for settlement. Today, the house is a museum owned by the Daughters of the American Revolution and managed by the Grouseland Foundation. 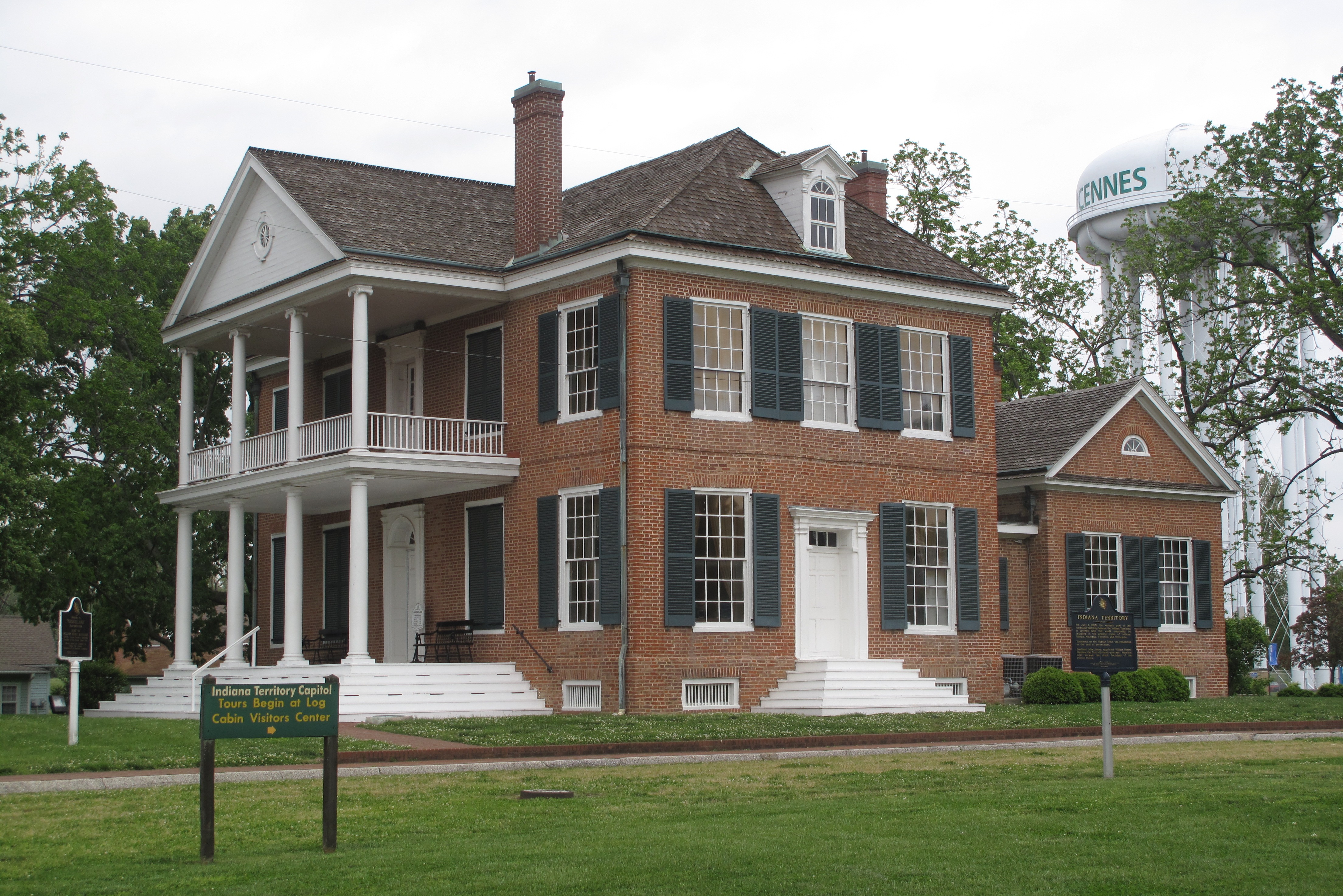 William Henry Harrison, who would become the ninth president of the United States, was born in Richmond, Virginia in 1773.  A few years later his father would go on to become a signer of the Declaration of Independence.  William originally went to college to study medicine, but later dropped out and joined the military in 1791, earning a strong reputation as he fought in the Ohio Indian Wars.  In 1795 he married Anne Symes, the daughter of an Ohio judge, much to the disapproval of her father, and William retired from the army in 1798. He was appointed Secretary of the Northwest Territory and later was elected to Congress.  In 1800, President John Adams chose William to be the governor of the huge new territory known as the "Indiana Territory."  William came to Vincennes, a former French settlement that was now the capitol of Indiana, and began work as the governor.

Grouseland was the first brick house in the Indiana territory.  It was built in 1804 by Samuel Thompson, a mason from Pennsylvania, using materials from England and all over the the young nation of America, as well as local lumber.  A good portion of William's life was spent at Grouseland.  Four of his ten children were born in the mansion, including his son, John Scott Harrison, who's son was Benjamin Harrison, the twenty-third president of the United States.  It was also where he lived when he mustered a one thousand man army to fight Tecumseh and famously became "Old Tippecanoe" due to the resulting battle.  William resigned as governor in 1812 to fight in the military against the British, and he eventually went on to become the president.  He died after only a month in office from a case of pneumonia.  Many historians agree that his two hour inauguration speech, which he made in a cold rain, was what led to that disease.

This early 19th century mansion is now run by the Grouseland Foundation and can visited any day of the week.  Tours are conducted every day where visitors can learn about the mansion's history and the life of it's famous creator.  Period furniture and other artifacts owned by the Harrisons are on display at the mansion.  There is also a gift shop that sells items relating to the Harrisons, Grouseland, and Indiana history.