A frame building constructed by German immigrant John Geist, Sr. in 1886, the blacksmith shop served as both business and home to the Geist family until a separate home was constructed next door in 1891. The frame shop was replaced with the present brick building around the turn of the century, sharing a wall with the brick house. Geist's blacksmith shop prospered and in 1908, the second house was built to the design of local architect Christian Asmus [4]. The business remained active at this location until 2006, when John Geist & Sons Blacksmith Shop closed; it was the oldest continuously operated, family-owned business in Nashville. It was listed on the National Register of Historic Places in 1980, and on Historic Nashville's nine most endangered historic properties in 2012 due to neglect [1]. As of 2014, the present owners were considering an adaptive reuse project for each of the buildings for retail or dining; the forge and the attached house will reopen as a restaurant called Geist in late 2016 [2; 5]. 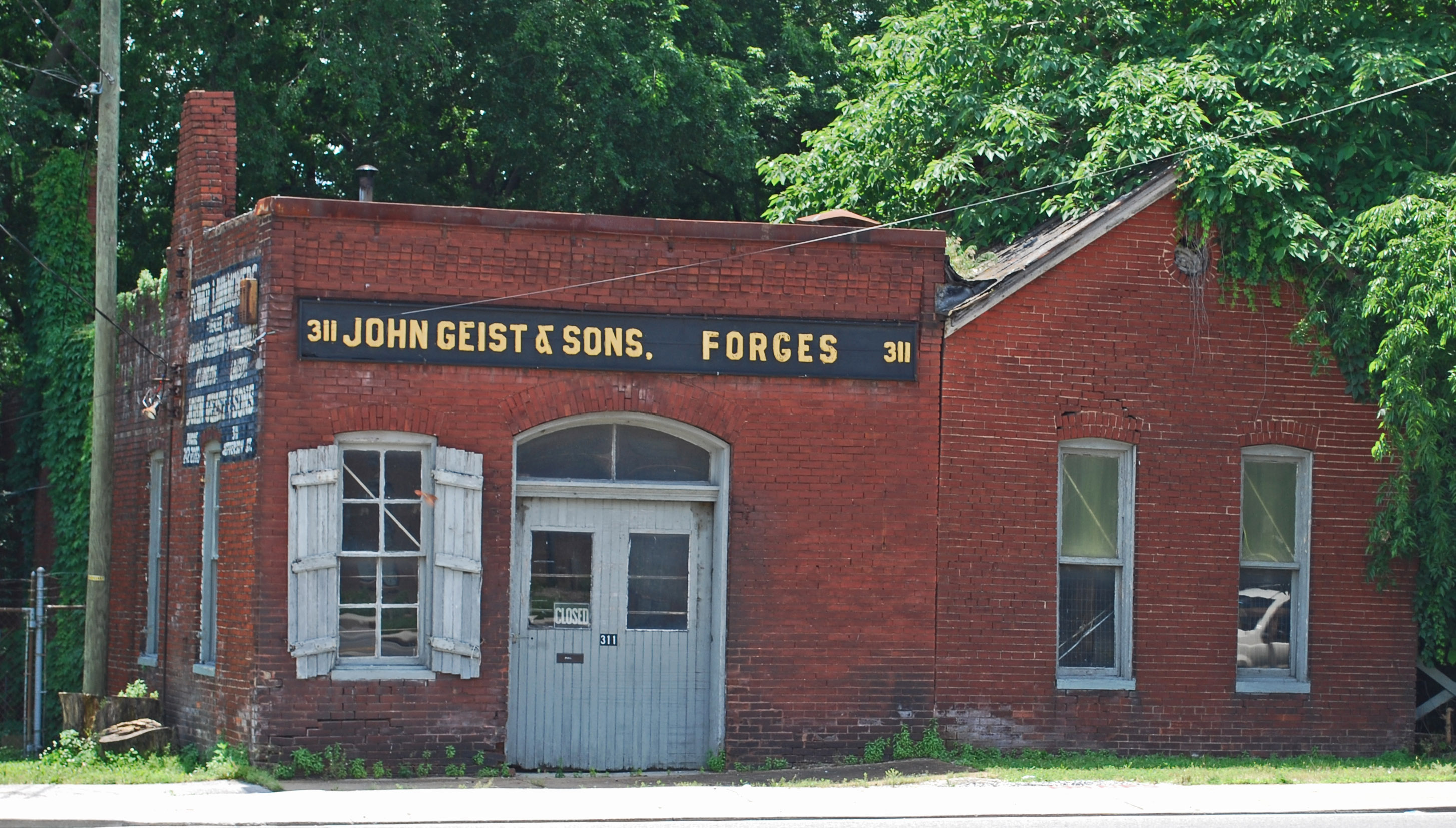 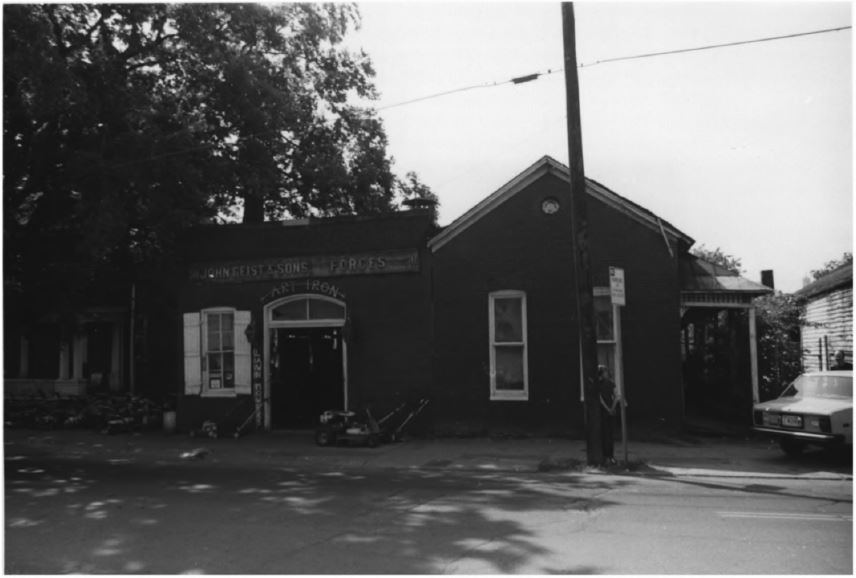 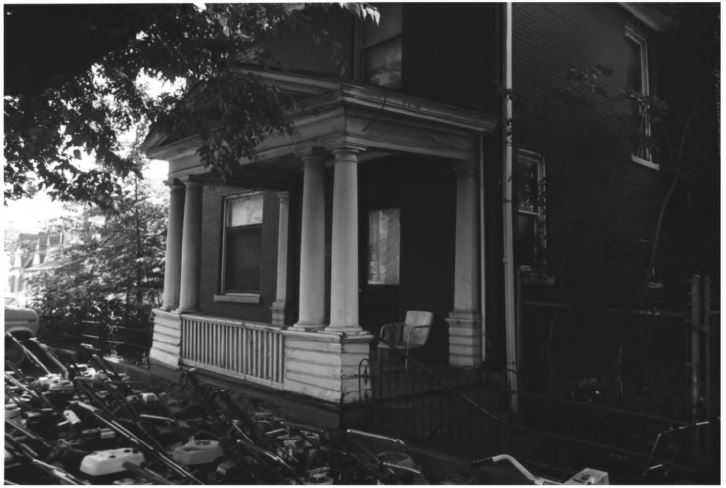 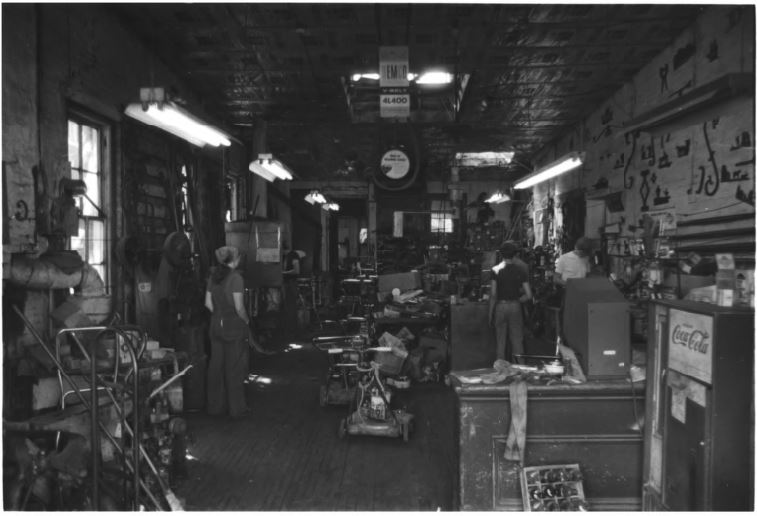 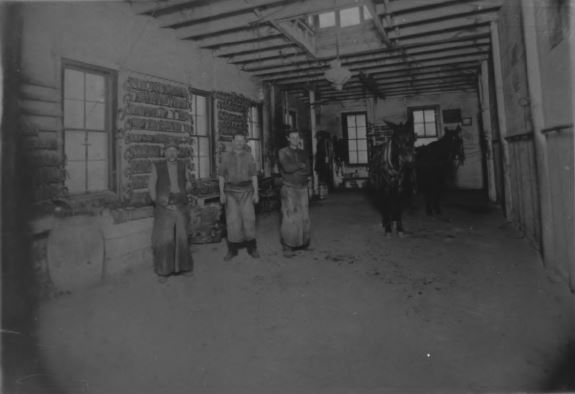 John Geist, Sr. and his wife, Wilhelmina Tennyson Geist, emigrated from Germany sometime between 1871 and 1874 [3; 4]. Geist became a blacksmith in Nashville's Germantown, opening his own shop on Jefferson Street in a frame building in 1886. The family lived in the back of the shop until a house was built in 1891, and the frame shop was replaced with the present two-story brick building around the turn of the century, sharing a wall with the house [4]. Geist's business prospered, with the first-floor forge dedicated to wagon repair and wheel making, and the second-story forge to making horseshoes [3; 4]. In 1908, a second, larger house was built on the site, designed by local architect Christian Asmus. With its stone foundation, columnned entry porch, and pyramid roof, the 1908 house represents the Geist family's move into the middle class [4].

After Geist's sons, George and John, Jr., inherited the business in 1911, they expanded to decorative ironwork, which can be seen adorning Nashville buildings including Assumption and St. Pius X Catholic Churches [3; 4]. John Geist, Jr. taught his three sons the trade and worked with them in the shop until his death in 1976 [3]. The Geist property was listed on the National Register of Historic Places in 1980, by which time the 1908 house served as shop storage and office space [4]. George and Ann Geist were the final proprietors of Nashville's oldest continuously-operating family business (primarily a lawnmower repair shop in its later years), closing the shop permanently for their retirement in 2006 [1; 3]. In 2008, it was listed on the Tennessee Preservation Trust's ten most endangered historic properties, and in 2012 on the Historic Nashville's nine most endangered properties due to neglect, deterioration, and the threat of demolition [1]. However, developers sought an adaptive reuse solution for the property, and seem to have found it, as a new restaurant, Geist, is slated to open in late 2016 in the former blacksmith shop [2; 5].