The El Dorado County Historical Museum preserves and promotes the history of the county and the surrounding area before, during and after the Gold Rush. It opened in 1974 and features exhibits containing artifacts and interpretive information on display. Items include Native American (Maidu, Miwok and Washoe) baskets and tools, and gold mining stamps and tools. Other topics include ranching, vineyards and fruit orchards, which emerged after the gold deposits were depleted. The museum also features a recreated parlor and general store dating to the early 1900s. Changing exhibits are also offered as well. The current one as of 2016 focuses on military uniforms. 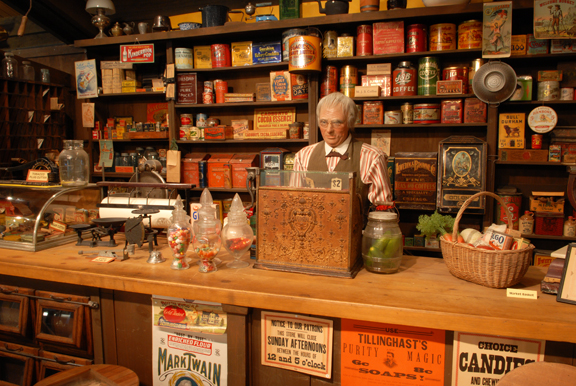