Historic Fort Wayne is a military fortress constructed between 1842 and 1851. It was intended to ward off any attacks from British Canada over territory claims, but the fort never saw active battle. Instead, it was used as an induction center for soldiers from the Civil War to the Vietnam War. The fort site still contains many of the original 1840s structures, including the star wall, barracks, officer homes, and administrative buildings. Although the historic site has suffered neglect through the years, there are currently plans in place to restore or convert space with the opening of a new international bridge crossing and customs plaza opening adjacent to the fort.

Fort Wayne operated as a military fortress from 1842-1851 and then as a staging area for troops from the Civil War through the Vietnam War. 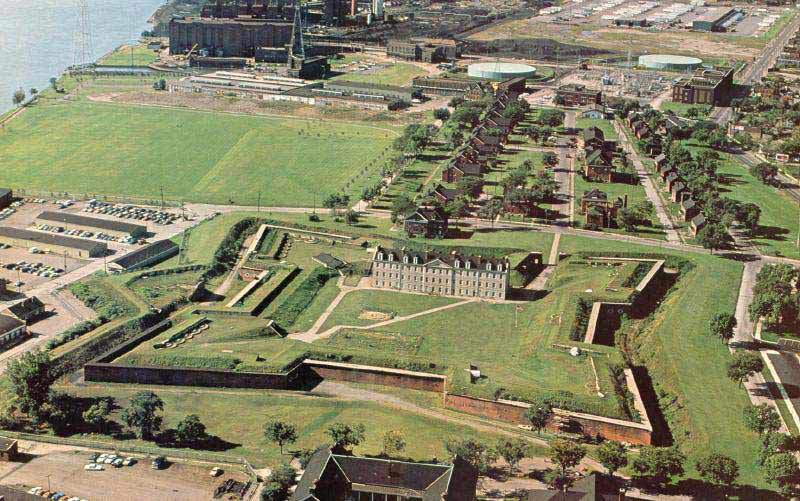 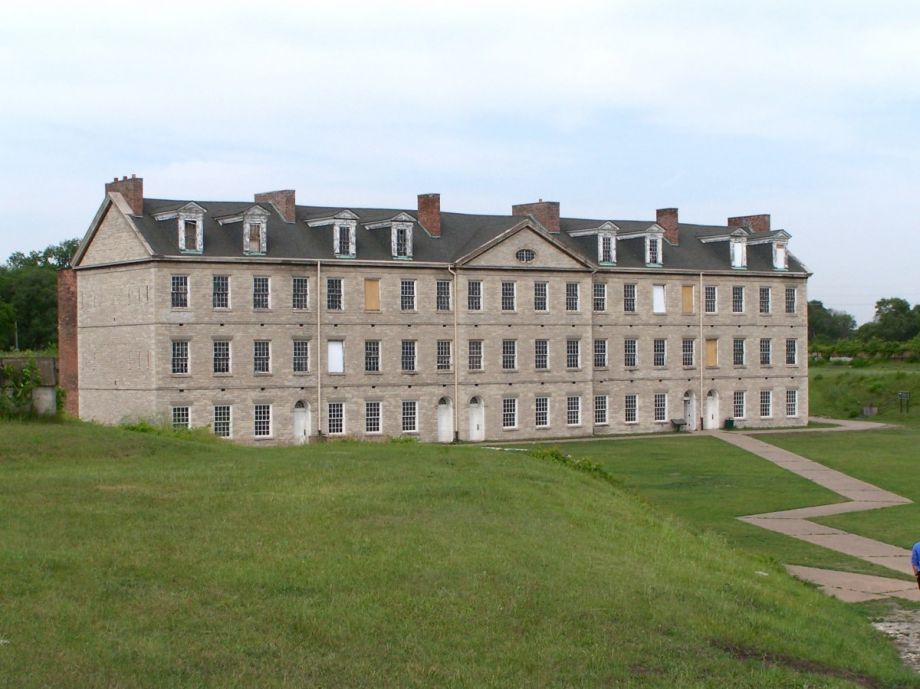 The Commander's office and administration building 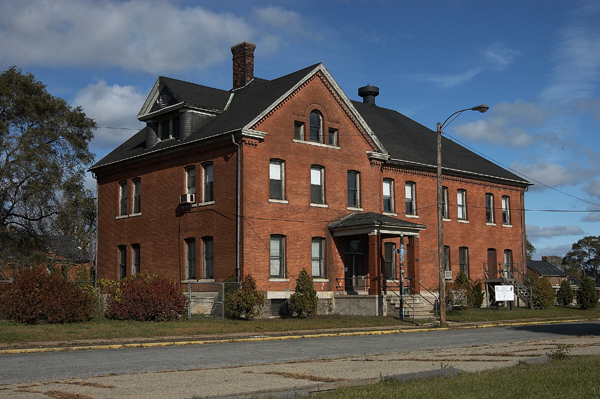 Fort Wayne was the third military fort built in Detroit, after Fort Detroit du Pontchartrain and Fort Lernault. The fort was named after General “Mad” Anthony Wayne. General Wayne defeated the British at a battle which won the Northwest Territories for the U.S. in 1796. However, the U.S. claim on the territories was still shaky, and there were fears that a British attack would come from across the narrow Detroit River border with Canada. Therefore, Fort Wayne was constructed between 1842 and 1851 to serve as a United States military post.1

The British never attacked Detroit though, and Fort Wayne instead acted as a training center for soldiers. The Detroit Historical Society’s “Encyclopedia of Detroit” describes the uses of the fort over the years:

“[T]he fort has served the city of Detroit through many eras, yet has never seen a shot fired in combat. The peaceful location became a primary induction center for Michigan troops entering battle in every U.S. conflict from the Civil War to Vietnam.  During the Civil War, Fort Wayne served as a mustering post for Michigan’s volunteer regiments. During World War I, the fort housed troops, including construction battalions and an aero-squadron. During World War II, Fort Wayne became the Motor Supply Depot, a primary procurement location for the vehicles and weapons manufactured in Detroit during the war. The fort also housed prisoners of war from Italy as a temporary internment center. During the 1950s and the 1960s, Fort Wayne was one of the largest induction centers in the Midwest during the Korean and Vietnam wars.”2

In addition, the fort was used during the Great Depression by the Civilian Conservation Corps, and the U.S. Army Corps of Engineers still uses 13 acres of the grounds. The fort even served as temporary housing for people who were displaced during the Race Riots of 1967.

The grounds of Fort Wayne cover 96 acres and include 39 buildings. The original Star Fort was completed in 1845, renovated in 1861, and still exists today. The fort was built into the shape of a five-pointed star on the shoreline so that cannons could shoot from the battlements across, up, or down the Detroit River. The site also contains the impressive 1848 Georgian-style limestone barracks, which have been partially restored. The barracks had a mess hall on the bottom floor with bunk rooms to quarter soldiers on the second floor. Other buildings include the Commanding Officer’s house, quartermaster offices, the Spanish American War guardhouse, and a theater. The Tuskegee Airmen Museum is also currently housed in a building at Fort Wayne (see separate Clio entry for more information).

The site on which Fort Wayne was built was previously used by Native Americans as a burial ground. Mounds date from 1,000 CE and were excavated in the 1870s and 1940s. The mounds can still be seen today, but they are fenced off. There is also a Potawatomi village site dating from 1710s-1770s at the fort. The Potawatomi were invited by Antoine Cadillac to settle near the site for the French fur trade. The fort was also the site of the Treaty of Spring Wells, in which eight Native American tribes who had fought against the U.S. during the War of 1812 made peace with U.S. government officials. 3

Fort Wayne is maintained by the Parks and Recreation Department of the City of Detroit with the help of dedicated volunteers from the Historic Fort Wayne Coalition. While a few of the buildings have been restored, many have fallen into disrepair, and the historic site has largely been underutilized, as it is surrounded by an unattractive industrial area. Recently, there has been renewed interest in the fort, as a second international bridge crossing from Windsor will pass right by the site, with the new customs plaza adjacent to it. Suggestions have included preserving the fort as well as converting some areas into housing, hotels, retail, or office space.4

Saturday and Sundays, Memorial Day to Labor Day, 10am - 4pm