Fairview was the home of William Jennings Bryan (1860-1925), lawyer and politician, from 1902 to 1922. Bryan won the Democratic Presidential nomination in 1896 at the age of 36. A leader in the free silver movement during the gold standard controversy, he is remembered for his "Cross of Gold" speech at the Democratic National Convention. Twice again (1900, 1908), Bryan was the losing nominee of his party. Later, he served as Secretary of State under President Wilson (1913-15). 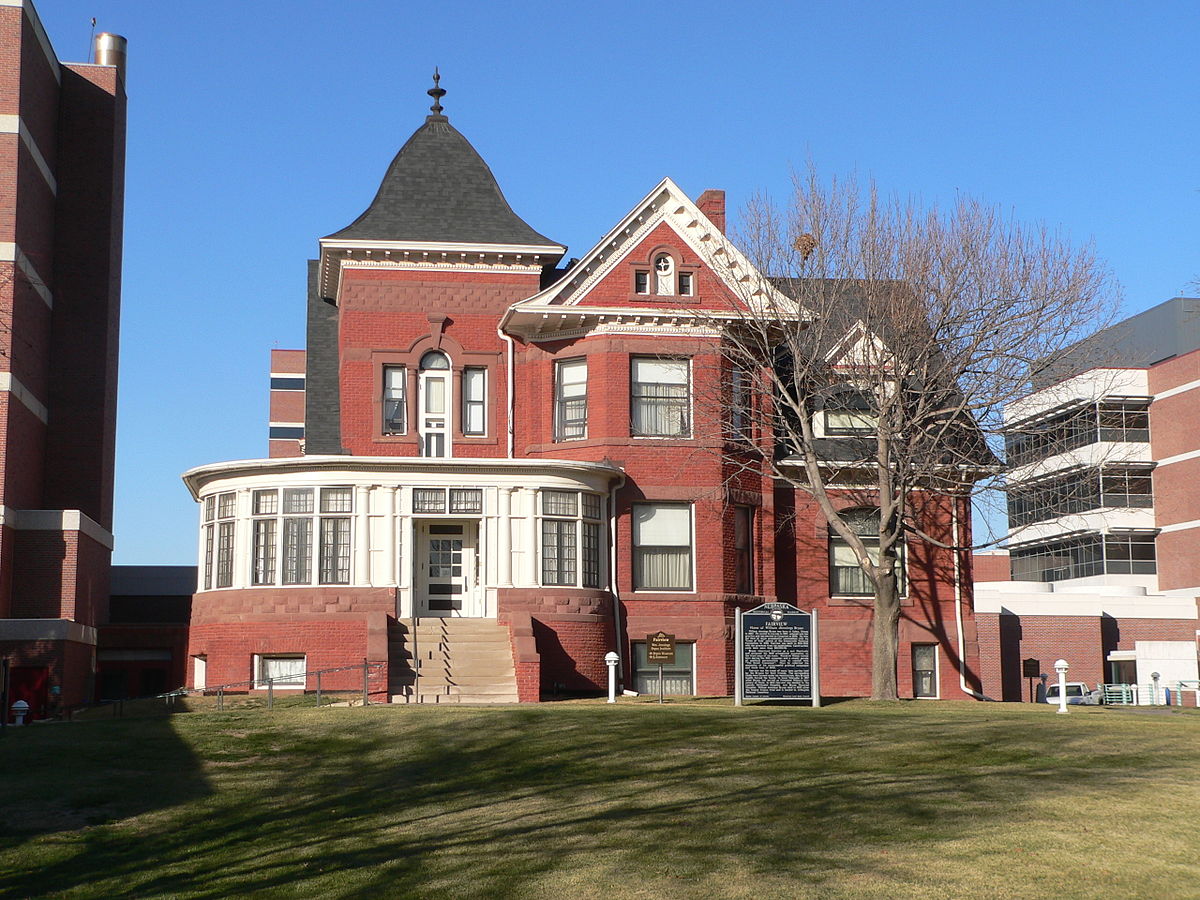 When the Bryan family moved from Fairview, Mr. Bryan deeded his home and five surrounding acres for the building of a Protestant hospital, which was named Bryan Hospital. Bryan Hospital has since joined with Lincoln General Hospital to form BryanLGH. Today BryanLGH East, where Fairview is located, nearly eclipses the 11,000 square foot "Monticello of the West" -- Fairview is located on the southeast corner of the hospital grounds. By funding a restoration of the home in 1994, the then Bryan Board of Trustees preserved the past and made a commitment to the future, and Fairview once again is a focus for intellectual gatherings and educational activity. The Wm. Jennings Bryan Institute is housed on the upper two floors of the home.