Since 1968, this local museum has preserved and shared the history of firefighting in Aurora through programs and exhibits. Highlights of the museum include a hand pumped fire pump and carriage from the 1850s, a steam powered fire engine from 1907, and a 1918 American LaFrance pumper, a 1921 Stuz/Pirsch fire engine, and a ladder truck that was placed in service in 1934, and an early aerial ladder truck that served the city between the 1960s and the 1980s. Today, the museum is located in the old Central Fire Station which was completed in 1894.

The museum has been located in the city's historic Central Fire Station since 1990. 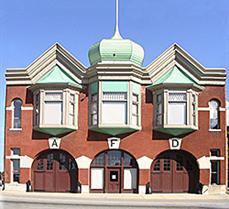 This photograph was taken around 1870, shortly after the establishment of what grew to become the Aurora Fire Department. The Aurora Steam Fire Engine Co.is on the left, and the Holly Hose Company is on the right.

The "new' Central Fire Station was built in 1894 and replaced a previous station that was at this location and known as the "Number 1 Hose House." 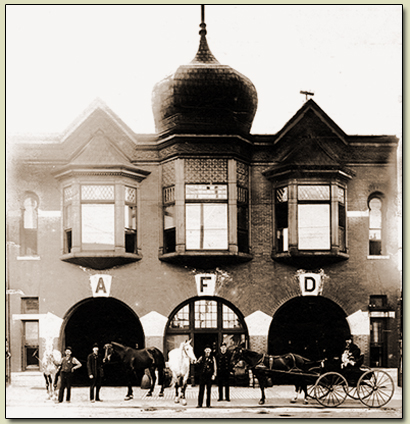 The museum dates back to 1968, when Chief Charlie Goodwin (pictured here) created a set of exhibits in the basement of Station 4 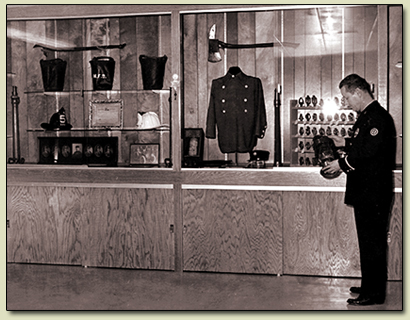 The museum  was the project of former Fire Chief Erwin Bauman who worked between 1966 and the museum's opening the basement of station four in 1968. In addition to historic apparatus and over one thousand artifacts such as historic nozzles, helmets, and other equipment, the museum includes photographs and records of the fire service from its earliest days. The museum also offers a variety of programs that train children and adults in fire safety.