Delta's Egyptian Theater is one of the few remaining historic theaters built in the Egyptian Revival style of architecture that became popular in the 1920s. Completed in 1928 and hailed as "a treasure chest" by the local press, this theater was inspired by the completion of several similar theaters, especially Denver's Mayan Theatre. The theater faced the same high maintenance costs that doomed other small-town theaters in the 1970s. In the next two decades, the theater also faced competition by modern theaters, cable television, and video cassette recorders. Many assumed the aging and increasingly run-down theater building would be demolished in the mid-1990s, but it was saved thanks to the efforts of preservationists, building owner Barbara Dewsnup, and state historic property grants that financed over half of the expenses needed to preserve and restore the aging gem. 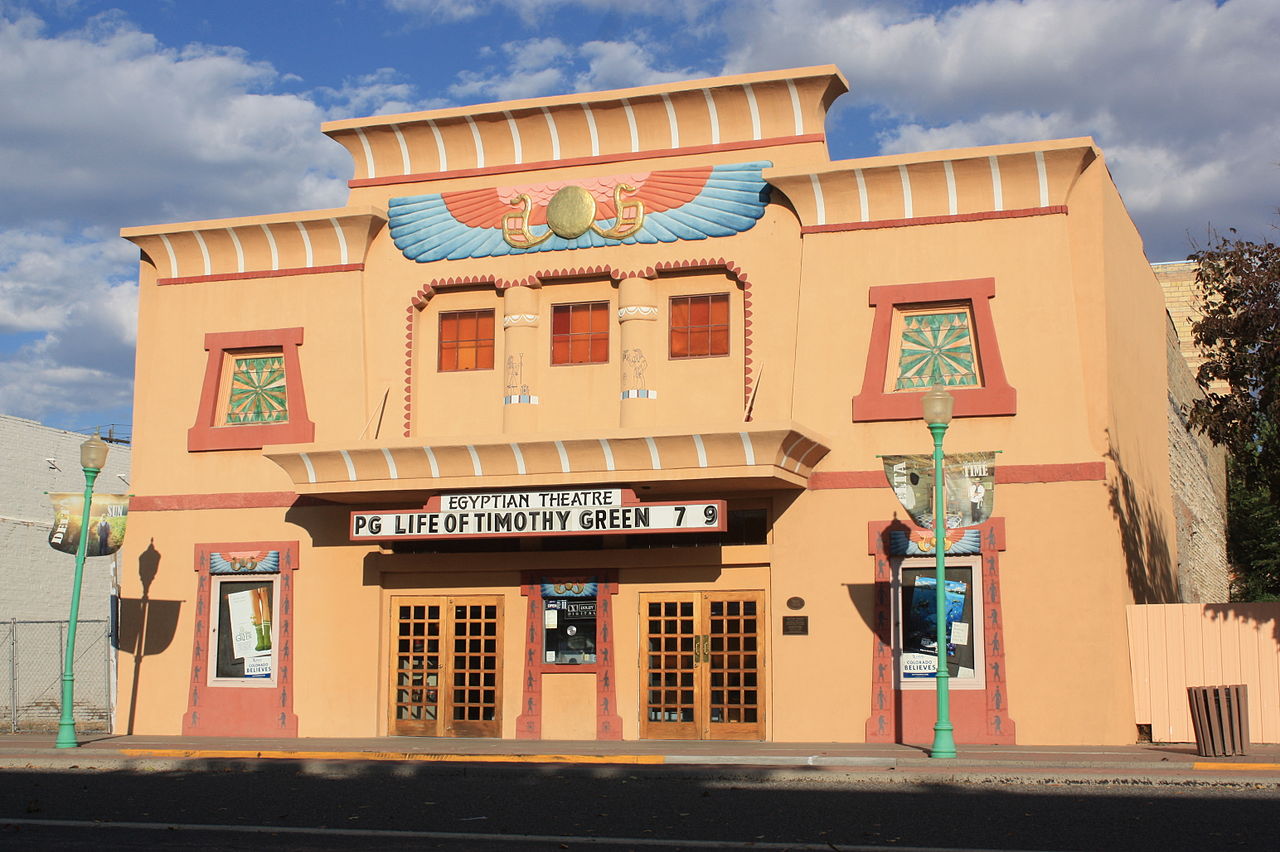 Contractors were able to restore many of the original murals inside the theater. 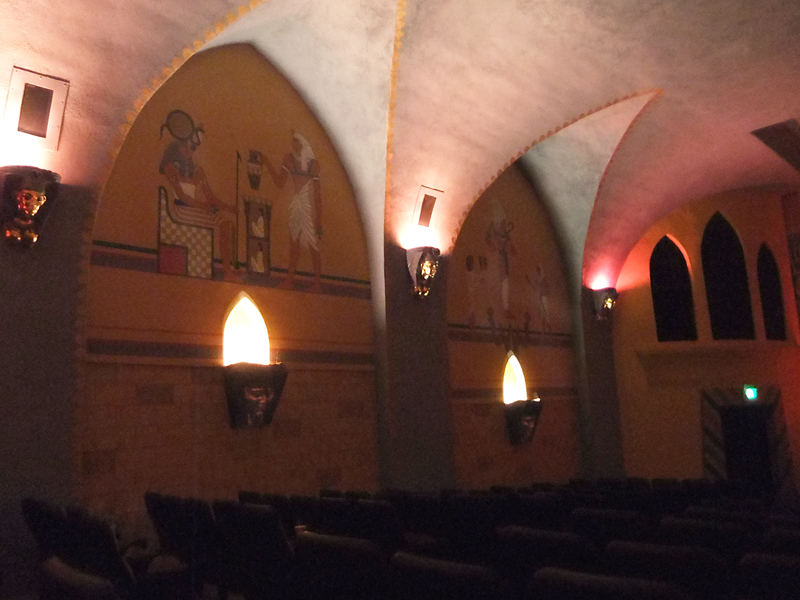 During the first decades of the 20th century, Americans became fascinated with the history and mythology surrounding ancient Egypt. During the 1920s, archaeologists excavated the tomb of Egyptian pharaoh Tutankhaten (commonly referred to as "King Tut"). Popular in the first half of the 20th century, the Egyptian Revival style is characterized by North African and Middle Eastern elements throughout the exterior and interior.

After Denver completed the Mayan Theatre, residents of Delta hired the same architect and tasked him with creating what the Delta County Independent hailed as the "Most modern theater in the best town in Colorado."

Thanks to state grants, preservationists and contractors were able to restore faded murals and remove paint that had been used to cover some of the original "Egyptian" features of the building. The theater has served as a local movie house and community theater since its re-opening in 1997.