The historic St. James Lutheran Church was the first English-speaking Lutheran Church in Oregon. It consists of three separate buildings: the Chapel of St, James (built in 1891); the main churc exquisitly built in the Late Gothic Revival style (dedicated in 1908); and an educational complex (completed in 1958). The church was added to the National Register of Historic Places in May 1975.

Exterior view of the church (greetingsfromportland.com/) 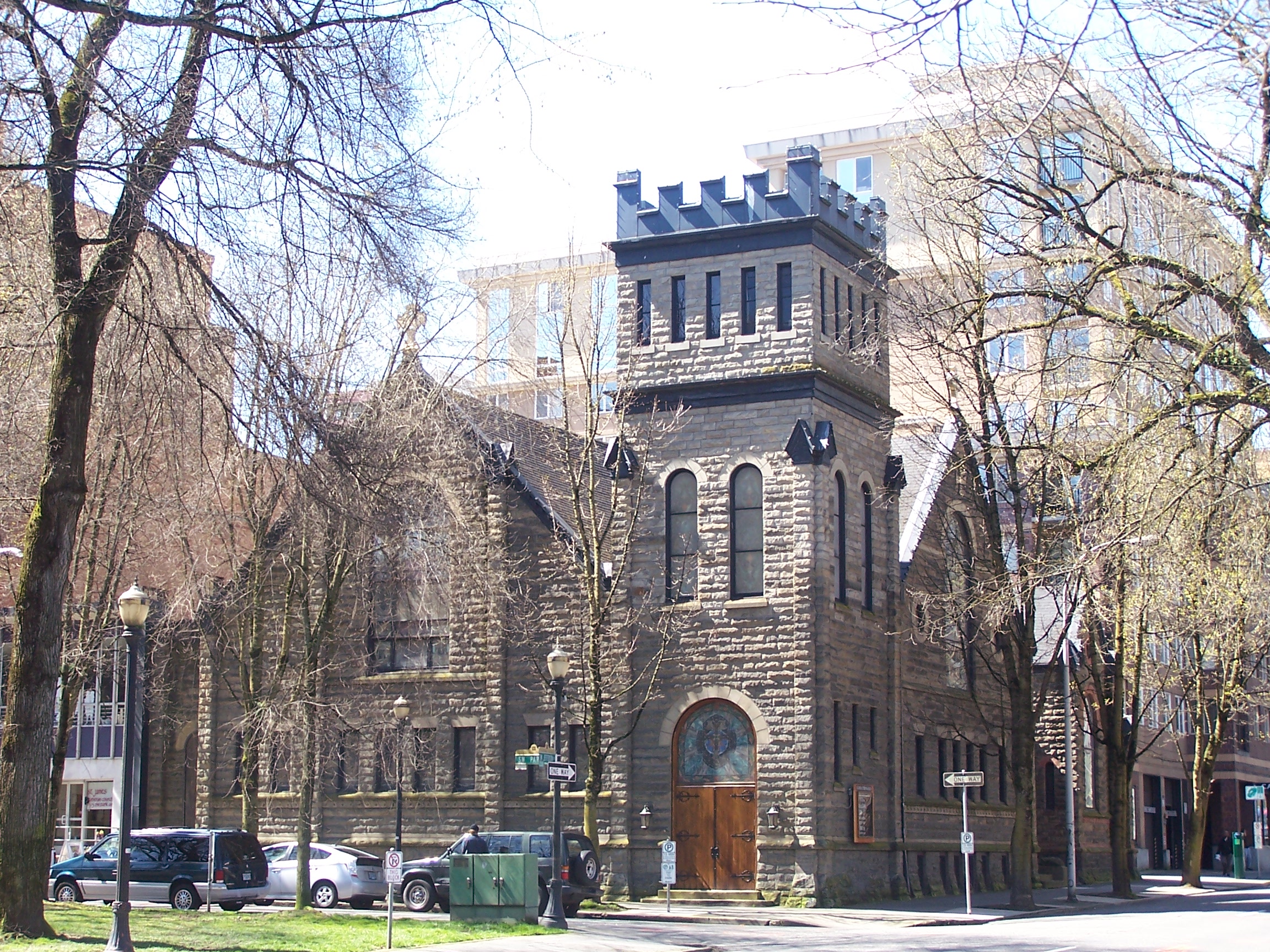 Interior view of the church (http://stjamespdx.org/) 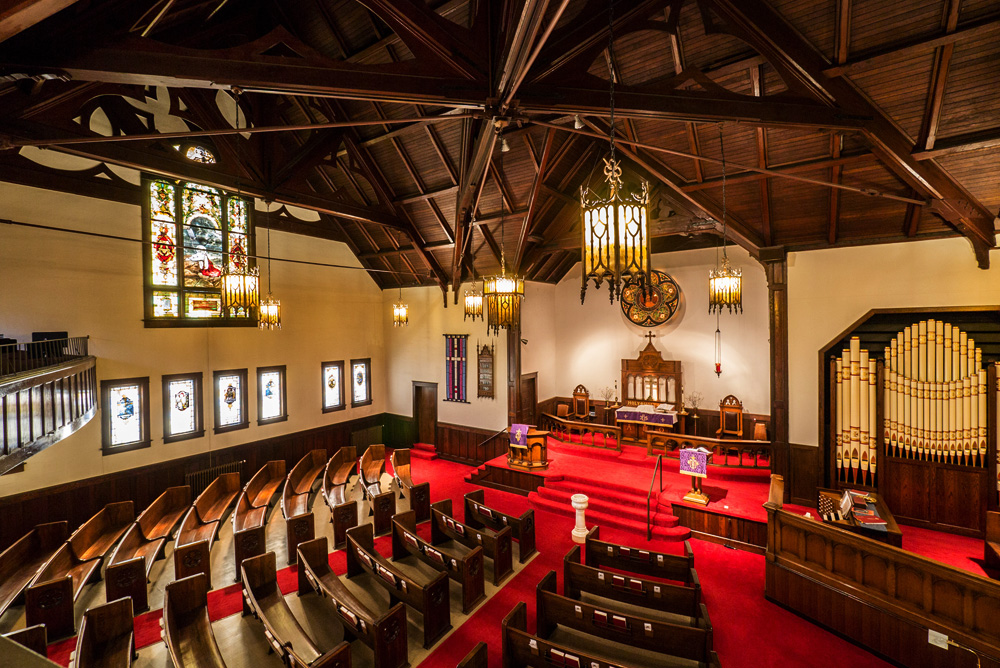 They purchased a plot of land between SW Park Avenue and SW Jefferson St as the location for their first purpose-built church. The earliest construction on the ecclesiastical site was a timber parsonage dedicated in 1891, and later replaced by one of brick. By 1908 two further structures had been added to the complex. The brick and sandstone chapel was built in a Late Gothic Revival style. It contains a well-preserved ceiling made of wood treated with copper naphthenate and stained glass windows, though the original gas lights have since been replaced. The second structure added to the site by 1908 was the main church. Also built in the Late Gothic Revival style, this was connected to the chapel on its western side. It was a timber frame structure with dressed stone and Tenino sandstone (from quarries in Washington State). It features a finely carved belt course encircling the entire building, and inside visitors could admire walls trimmed with sheets of metal painted with Gothic imagery, stained glass windows depicting Christ and a variety of biblical scenes, and the original metal and glass luminaires. It was also fitted with a pipe organ from the Vermont-based Estey Organ Company.

St James Lutheran Church was established in Oregon in 1889, making it the first English-speaking Lutheran faith organization in the state. While the church was being designed and built, the Lutheran congregation held their services in the simple timber parsonage. However, upon completion the congregation realized that the construction had put the parish in debt. They began offering a variety of paid services, including Sunday Schools and the so-called “Ladies Circles and “Men’s Brotherhood” groups, to fundraise. The main church later served as the first Lutheran seminary on the USA’s West Coast, until it was moved to Seattle in 1895. The complex served as the headquarters of the Pacific Synod of the United Lutheran Church – the ecclesiastical body that connects and works alongside all of the diverse congregations in the that part of the country. Today it also operates a Child Development center – the earliest daycare center in downtown Portland.

Some alterations have been made since the genesis of the complex. In 1958 the original parsonage was demolished and replaced by an education and office building, made of concrete and marble. Additional smaller stained glass windows were added to the main church during the 1950s. The original bell tower had to be demolished in 1951 after the timber supports of the structure had been decimated by carpenter ants! In 1974 the church created an historically authentic replica of the original tower. Nonetheless, overall the complex preserves most of its original characteristics. They provide for all sacramental occasions and operate a regular schedule of Sunday services and mid-week Eucharists, but are particularly well-known for their Jazz Vespers.