Daniel Pratt is known for his cotton gins. He is also known for having founded Prattville, Alabama. However, Pratt is responsible for something else that is less known. In 1838, he built a permanent cotton gin factory. The cotton gins became hugely successful. He needed a way to get the gins to the river more quickly to aid in the process of expediting transportation. Pratt came up with the idea to build a plank road, He had pine logs sawed and the rounded side was put facing the ground. The road was over four miles long and cost around ten thousand dollars. The plank road Pratt had built very well may have been the first, there is conflicting reports as to the first built road. However, even if it wasn't the first it was certainly one of the very first plank roads built. The plank road popularity lasted around five years. 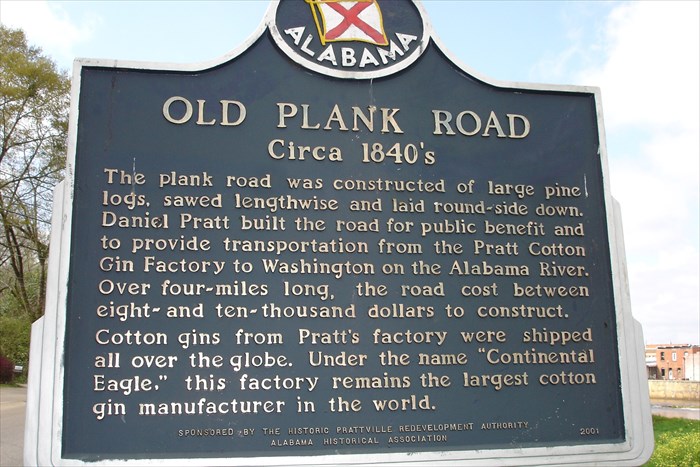