The first major irrigation project on the Pacific coast, the Old Mission Dam was used for a sawmill and irrigation system at the Mission San Diego de Alcalá, founded by Father Junipero Serra in 1769. Serra decided to move the mission northwest of San Diego for better access to water in 1774. The damn was built around 1803 and was severely damaged by a flood in 1821. It is now part of Mission Trails Regional Park, the largest municipal park in California and is located a long the Father Junipero Serra Trail. 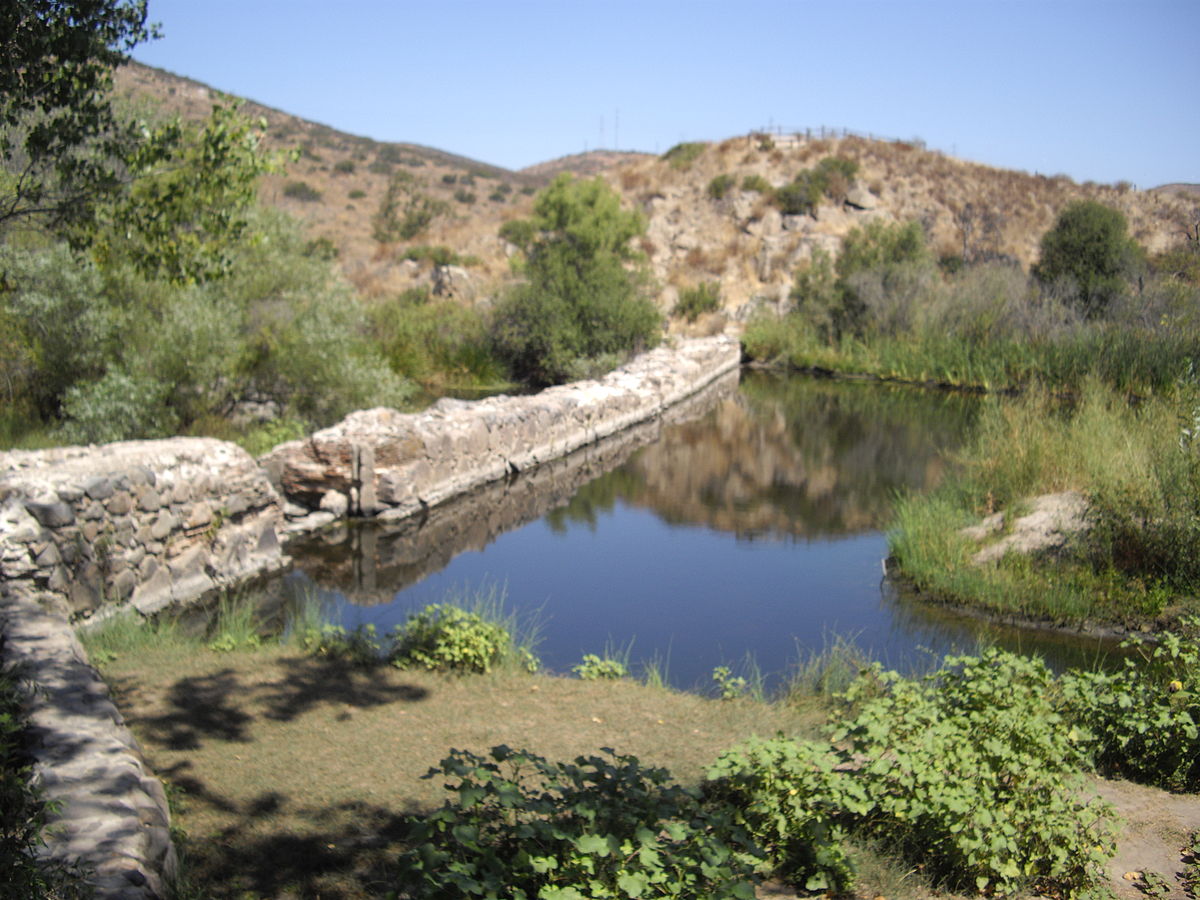 Despite its deteriorated state, the dam is still fairly impressive at 220 feet long, 13 feet wide and 12 feet high. The aqueduct ran 5 miles to the mission. The dam ensured a year-round supply of water for general usage, irrigation and to power the mission's sawmill. By the time it was built, the mission had over 1,500 Indian Christian converts. The dam was placed on the National Register of Historic Places in 1966 and is a U.S. National Historic Landmark, a California Historical Landmark, and a San Diego Historic Landmark.