The Casa Feliz Historic Home Museum (formerly the Robert Bruce Barbour House) is a two-story brick dwelling, designed in the Spanish Revival style by the distinguished Florida-based architect James Gamble Rogers II and built in 1933. It is located in Winter Park, which is in the Orlando–Kissimmee–Sanford statistical area in Orange County, Florida. It was commissioned by Robert Bruce Barbour, a wealthy manufacturer of chemical dyes. The Barbour house was originally sited on the east side of North Interlachen Avenue on the shore of Lake Osceola. The house's design combined Mediterranean style with Andalusian farmhouse style, using red brick and terra cotta for the roof, as well as cast stone and leaded glass. From its completion in 1933, the house played a significant role in the architectural and social contexts of Winter Park and continued in that role under subsequent owners, being eventually dubbed Casa Feliz (Happy House). When its last private owner had begun to demolish the house to construct a larger mansion, a local movement to preserve the house (assisted unexpectedly by a nest of eagles) led to its being moved approximately 900 feet to the west to its present location, where it is now owned by the City of Winter Park. The house was entered in the National Register of Historic Places in 2008. 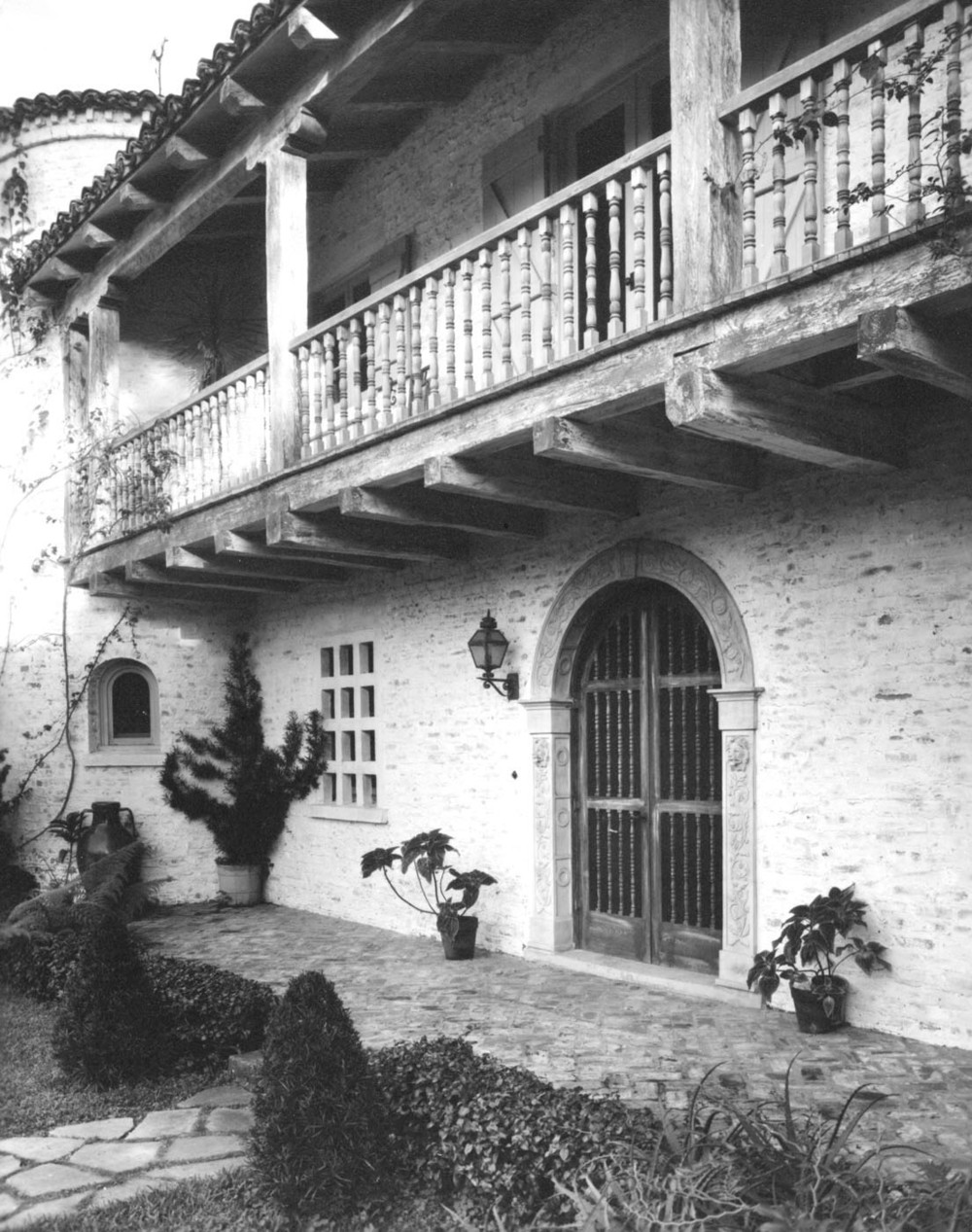 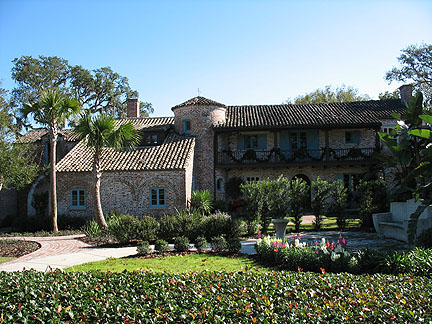 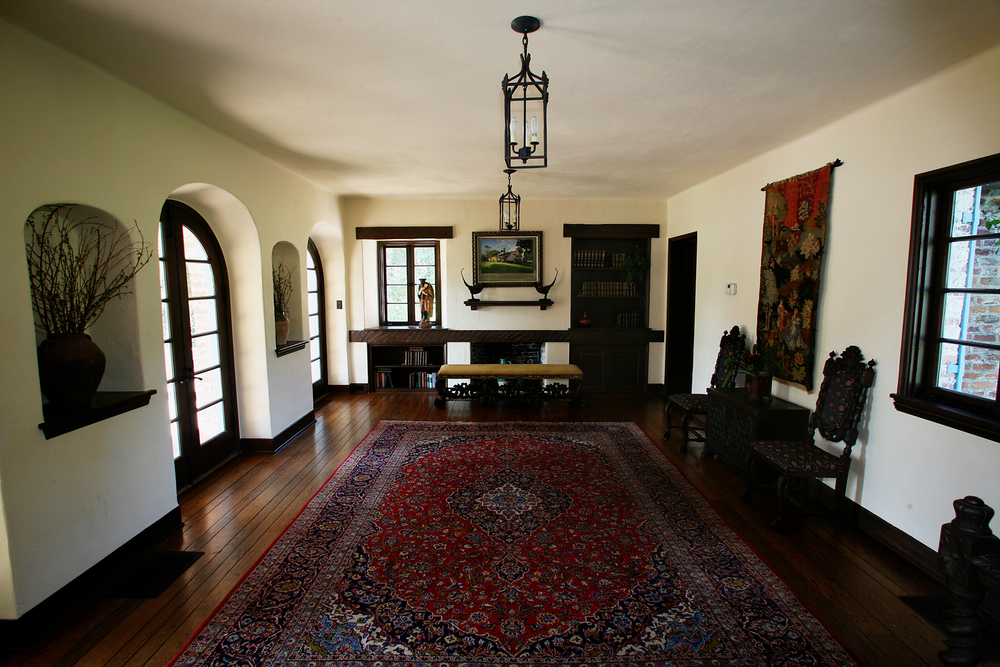 Robert Bruce Barbour, a successful industrialist, came with his wife to Winter Park, Florida, from Massachusetts in 1915. He purchased the North Interlachen Avenue property (where another structure, the Ergood House, already stood) in 1926. The Barbours were part of an influx of wealthy Northerners who began arriving in Florida during the first few decades of the Twentieth Century.

By 1932, Barbour had become dissatisfied with the existing house and wanted to build a new one. He spotted a local house that impressed him and inquired of its owner, James Gamble Rogers II, the son and nephew of distinguished architects, who had built it. When Rogers told Barbour that he himself had designed the house, Barbour hired him on the spot to design and build his own new house, provided that the dwelling would have the requisite number of rooms and that it be constructed in the Spanish Revival style; otherwise, Barbour pledged that he would not interfere. Rogers has described this situation as "an architect's dream come true."

The structure combines Mediterranean style architecture with the Andalusian farmhouse (cortijo) style. Rogers himself called this the Spanish Eclectic design. Much of the house was constructed from reused materials, including terra cotta for the roofing tiles, hewn and turned wooden members for the balcony, and rough brick and extruded mortar joints for the exterior walls. Distinctive features of the building include a two-story, four-bay-wide, rectangular block covered by a side-facing gable roof, a one-story, front-facing gable-roofed wing with bell tower on the south side, and a rounded turret on the north end.

From its completion in 1933, the Barbour house was significant in the cultural life of the Orlando metropolitan area. In 1938, for example, the house was the site of the two-day Spanish Institute of Florida annual fiesta honoring the Spanish author, Cervantes. By the 1960s, its owners came to call it Casa Feliz (Happy House), a name that stuck. In 2000, a new owner planned to eliminate the house to construct a new, bigger mansion on the site, and had even begun demolition, when it was discovered that eagles had built a nest nearby. Because the eagle is a protected species and the noise was thought to affect them negatively, demolition was brought to an immediate halt. Since the baby eagles has not yet fledged, this gave locals who wanted to preserve the historic house time to raise the money to save it. The house was then placed on dollies and moved about 900 feet west to North Park Avenue, where it stands today.

The house has been fully restored and can be rented for weddings and business meetings. Its preservation has sparked a dialogue on the merits of historical preservation. As Rollins College President Emeritus Thaddeus Seymour stated in a letter, “Casa Feliz is one of the treasures of our community, and its preservation is an eloquent statement of our community's values and priorities....Casa Feliz is not only an outstanding example of architectural design, but it stands today as a tangible example and reminder that citizens can make a difference and that historic buildings can and should be preserved.”