The Mountain States Telephone and Telegraph Building stands at 931 14th St, across the street from the Denver Center for the Performing Arts in Denver’s central business district. The ten-story Art Deco building was the tallest in Denver until the 1950s. It opened in 1929, shortly before the catastrophic stock market crash that ushered in the Great Depression. The building’s style was described as Modern American Perpendicular Gothic, a modernist reinterpretation of English Gothic forms. Its exterior lobbies feature mural cycles by Denver artist Alan True, whose work appears in the state capitol building and elsewhere in Denver. 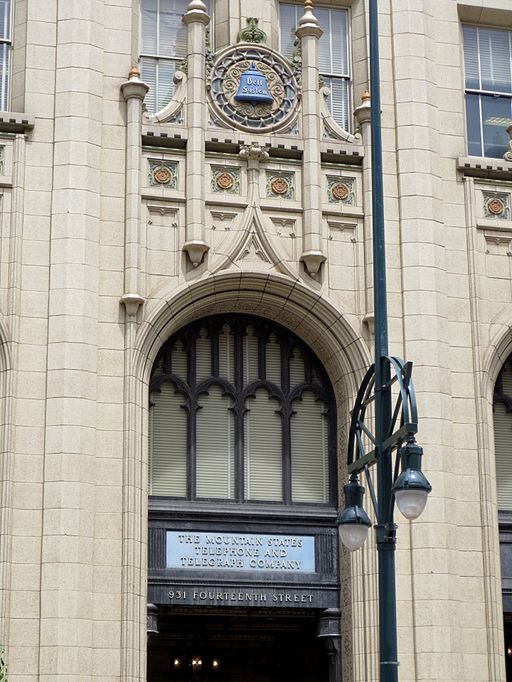 One of the building's lobbies (image from Alan Tupper True, American Artist) 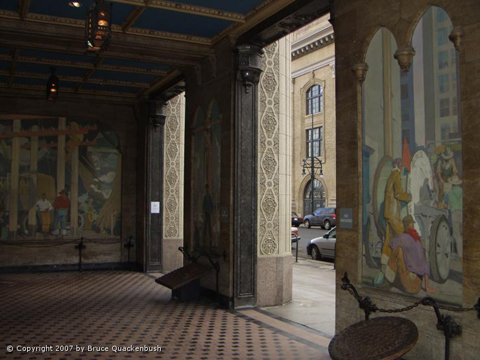 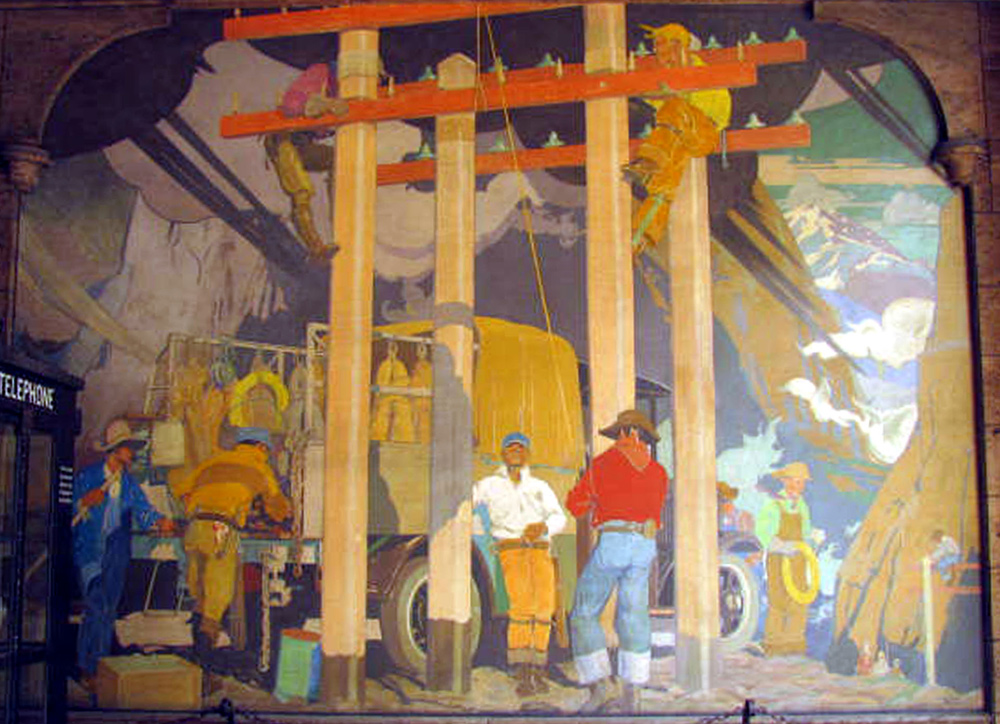 A mural in the 14th Street Lobby (image from Telecom History) 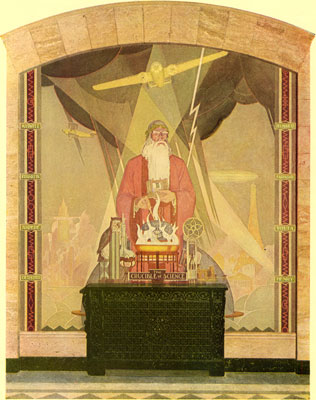 A mural in the Curtis Street Lobby (image from Telecom History) 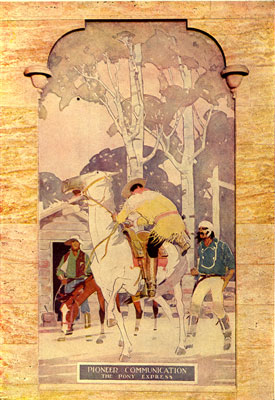 This impressive structure was built as the headquarters of the Mountain States Telephone and Telegraph Company (Mountain Bell), and has housed each of Mountain States’ successor companies. It is currently home to CenturyLink. While the interior is not open to the public, the outer lobbies on 14th Street and Curtis Street, both featuring murals by Alan True celebrating the history of communications in the American West, are freely accessible.  In addition, the online Telecommunications History Group hosts a virtual museum and tour at www.telcomhistory.org.

The building was created as one of the Bell System’s “palaces”, regional headquarters that would serve as urban monuments, celebrating a new age of interconnectedness, in addition to housing employees and equipment.  Completed in 1929, the Mountain Bell building would be among the last of these “palaces”.  At the time of its completion, it was the tallest building in Denver, and therefore in the entire Rocky Mountain region from Montana to New Mexico. It dominated Denver’s skyline and would do so until the 1950s, when skyscrapers built in the more utilitarian International Style appeared in Denver.

The exterior is the work of Denver architect William N. Bowman. Architects of this era frequently used the soaring verticals of the Gothic style to emphasize the height of the new “skyscrapers”; the design of the Mountain Bell building draws on the late Gothic style known as the Perpendicular. The building’s materials were locally sourced, ranging from steel produced in Pueblo, to brick and terra cotta manufactured in Denver and Golden, to granite and travertine from the nearby Rocky Mountains. Beneath its Gothic skin, the building housed cutting-edge technology. Equipment housed within the specially designed fireproof core provided Denver residents with automated dialing service for the first time, while fully automatic elevators carried visitors to the executive suites and conference rooms on the upper floors.

Denver residents paid their phone bills in person in the outer Curtis Street lobby, where murals by painter Alan Tupper True, including “The Smoke Signal” and “The Pony Express”, celebrate the evolution of communications in the West.  Another mural cycle by True, in the outer 14th Street lobby, paints a heroic image of the construction of telephone lines through the mountains and through the artificial canyons of the new cities. More murals  decorate the inner lobbies, which are not freely accessible.  Murals by True can also be seen in the state capitol building, the Civic Center, the Brown Palace Hotel, and the Renaissance Denver Downtown Hotel (formerly the Colorado National Bank).