In the early 1970s, the Women's Liberation and Gay Liberation Movements were gaining traction. However, the Lesbian movement faced sexism and oppression from an ingrained patriarchal force from inside the feminist movement. The Furies Collective, a lesbian feminist group tried to challenge and overcome the patriarchy by creating a place for the collective of strong, lesbian women to expressive themselves. According to Brown in an interview with the MAKERS, she faced opposition from the heterosexual women of NOW and Betty Friedan, who purged the lesbians from their organization, known as the "lavender menace" for fear of becoming too radical, that it would hurt their movement. Brown states that these women were "rather privileged and very bright, [they] treated lesbians the way that men treated them." This rowhouse was one of the locations in which the Furies Collective held their meetings between the spring of 1971 and the summer of 1973, and it was also a communal living space for the women, in which they shared everything. 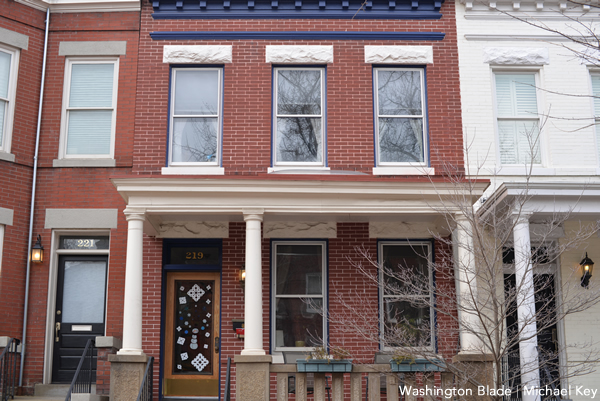 Members and volunteers mailing out newspapers at the rowhouse in 1972. 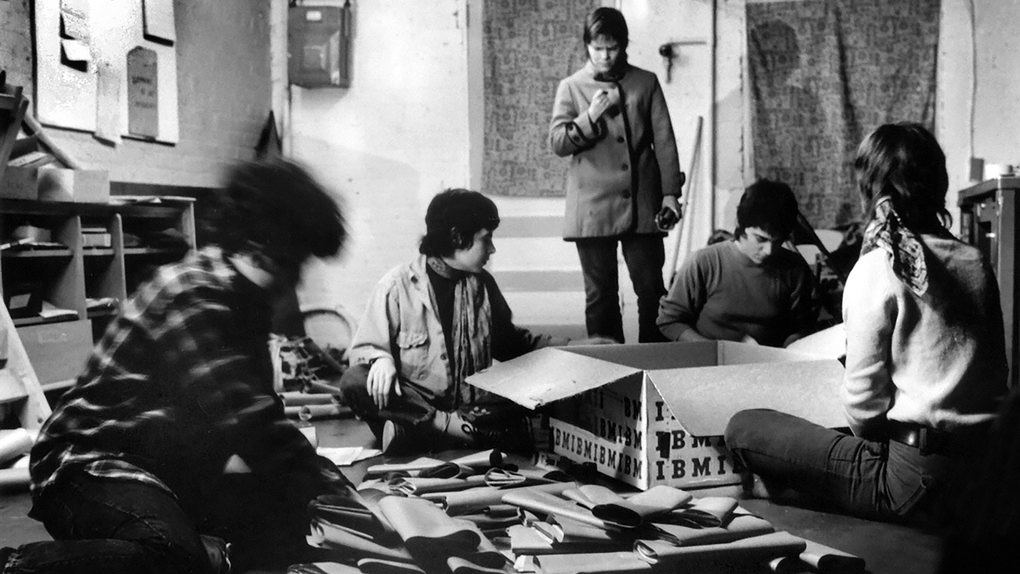 The Furies in Greek Mythology were spirits of vengeance, female spirits that resided in the underworld, where they punished the wicked by driving them insane.1 They are also known as "the Erinyes," a derivative of Greek, which means "the angry ones." The name of this group is no accident,as Ginny Berson eventually point out in her January 1972 article for the The Furies newspaper2. Members of the Furies Collective were Rita Mae Brown, Nancy Myron, Jennifer Woodul, Helaine Harris, Susan Hathaway, Charlotte Bunch, Joan Biren, Ginny Berson, Sharon Deevey, Coletta Reid, Tasha Peterson, and Lee Schwing3. All of the members were lesbians and were with the amount of control the patriarchy had in American society. They were tired of male supremacy and the dominant force of heterosexuality and worked to be as independent as possible from these entities3.

The group would occupy an additional two residences: 1861 NW California Street and 2900 18th St NW. In the spring of 1971, The Furies, rudely called "Those Women" by the staff of a daycare across the street from their house on California, decided to start a Women's Skills Center, where women could learn life skills such as Spanish as a second language, take self-defense classes, and become skilled at basic car-repair techniques2. By the fall of 1971, The Women's Skills Center was established as a resource for women. Each woman in Those Women--they appropriated the name--had a role in the programs provided, they were: "Nancy Myron, Lesbian Press; Lee Schwing, Lesbian Newspaper; Sharon Deevey, Lesbian Pamphlet Series; Ginny Berson, sports; Charlotte Bunch, Women’s Skills Center; [and], Rita Mae Brown [was in charge of the\ Women’s Film Festival2." After their experience with producing motive, a lesbian feminist magazine and a publication for the United Methodist Church, when the women moved to Capital Hill in Washington, D.C., they began their lesbian feminist newspaper, The Furies.

Built in 1913, Nicholas T. Haller, the architect, designed this rowhouse with ten large rooms--bedrooms,kitchen, bathrooms, dining room, basement, and a master bedroom. It was already a part of the Capitol Hill Historic District, but would become vital in the lesbian rights movement when "Those Women" rent the house to use it as their headquarters for their newspaper publication, The Furies, the title that replaced "Those Women." The basement served as the location for working on all aspects of the newspaper--writing, design, and packing1. The rest of the house was occupied by different events such as The Furies Meetings, educational programs, and "conscious-raising meetings"2. The newspaper was underpinned by lesbian feminist theory, and contained poetry, articles, and essays on issues with the lesbian feminist community--like male dominance, the need for more visibility and validation of lesbians, race, and class1. Although this group gave voice to the lesbian feminist struggle, the women's differences frayed the group because of tensions regarding socio-economic backgrounds and ideologies. The women did live together in the house and shared everything, member Ginny Berson told Slate: "We were very deliberate with how we shared money. Women with more privilege, who could get better jobs needed to put more in [the budget for living expenses]. Otherwise the women with least privilege and least education would be stuck working 40 hours a week at terrible jobs, and we wanted everyone to have time for political work4..”After the Collective dissolved in the summer of 1972, the women continued on with their advocacy separately with professions in the arts and socail justice--writers, human rights workers, and photographers. Former members also helped found organizations and companies, "Women in Distribution," "Olivia Records," and "Diana Press"4. The house also retained it's place as an active part of the lesbian women's movement, when Lammas Women's Shop opened in 19731. The rowhouse is now a private residence.