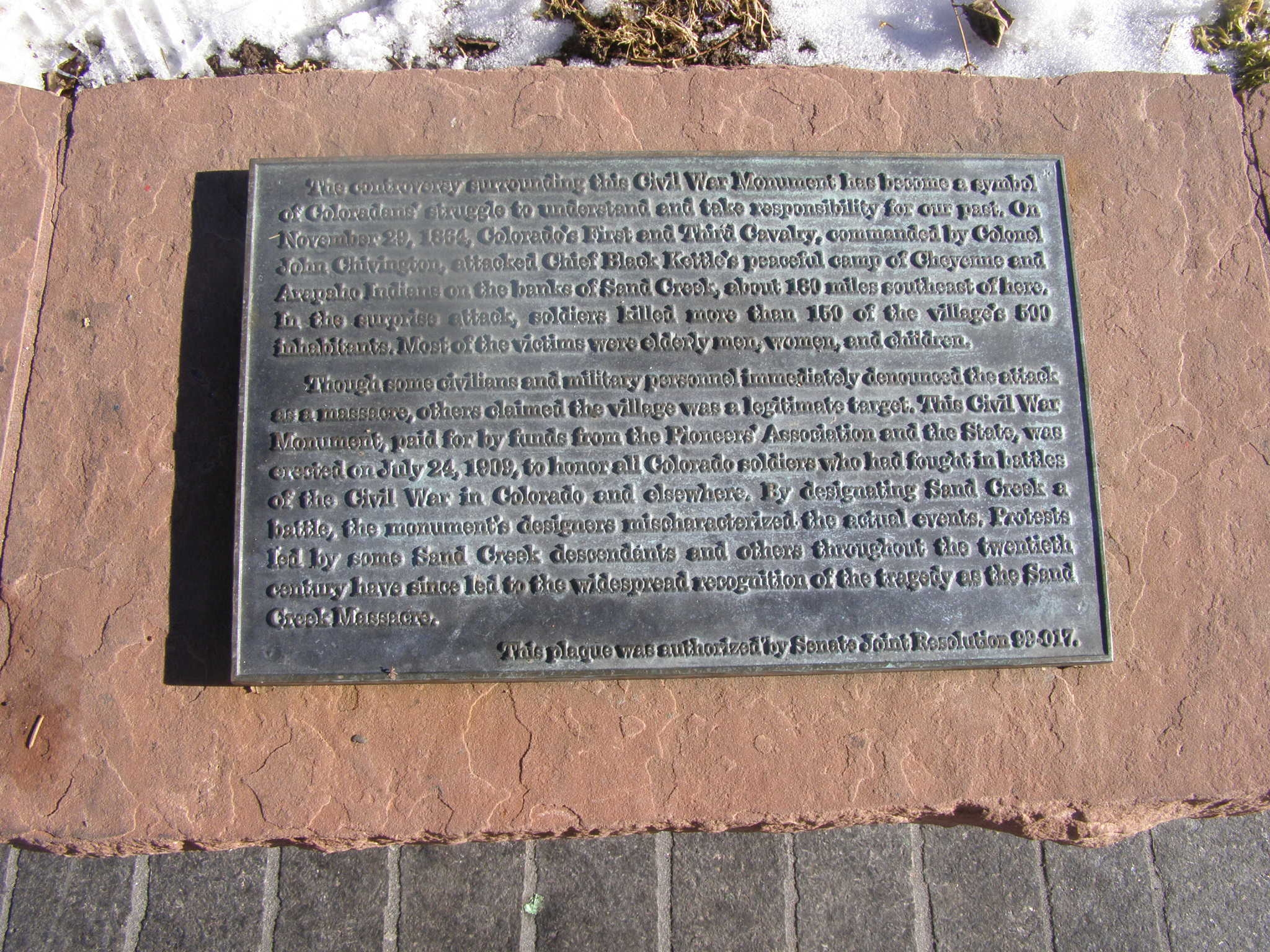 Civil War Monument in front of the Colorado State Capitol 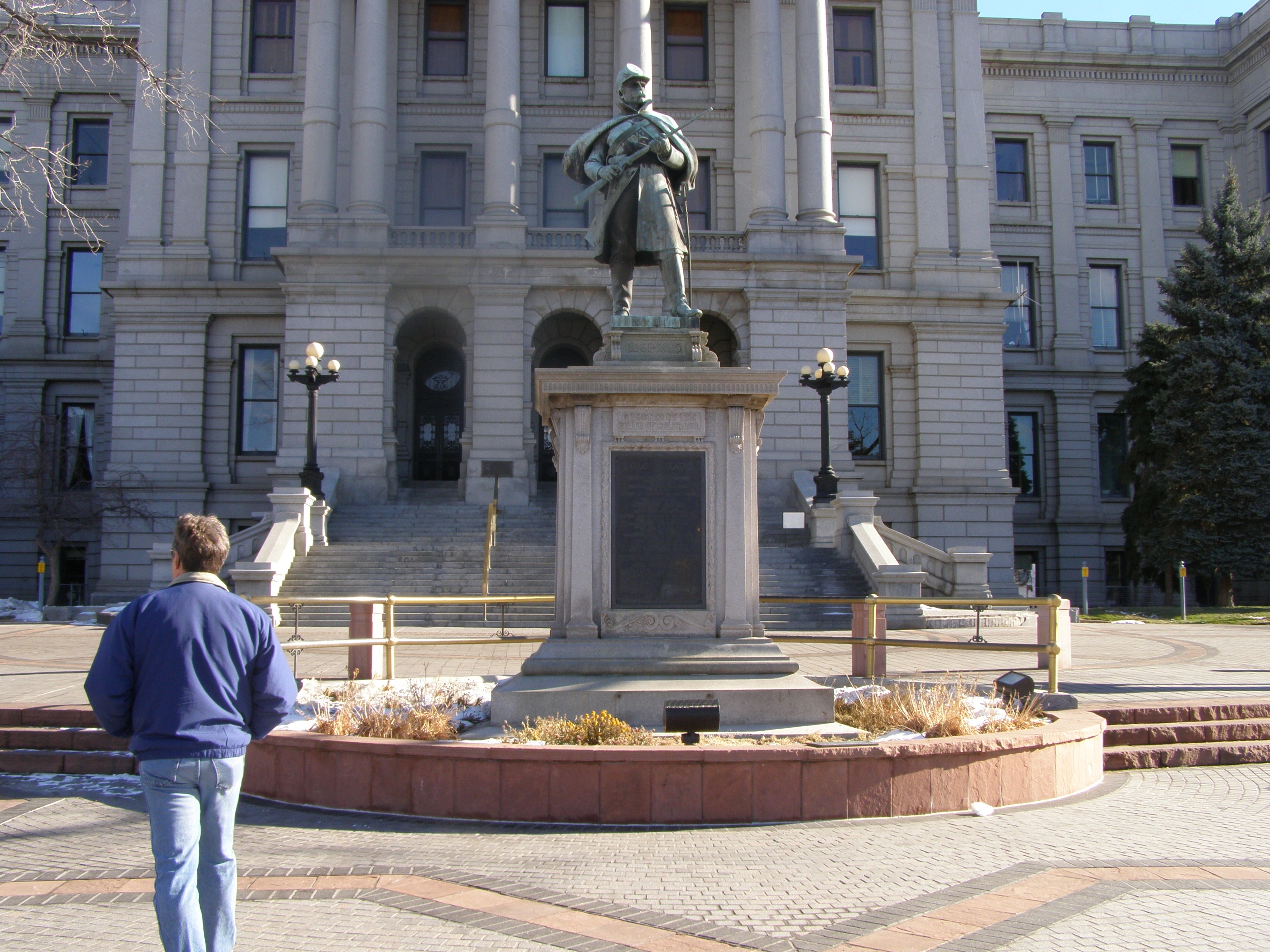 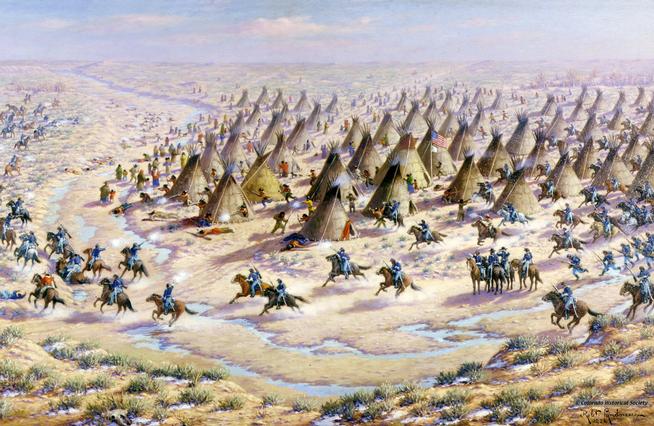 The site of the Sand Creek Massacre 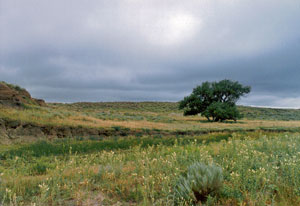 History of the Sand Creek Massacre

Ever since the first Americans arrived in the Colorado Territory, there have been hostile tensions between the settlers and local tribes. Nonetheless, the U.S. Government tried appeasing tribe leaders through various treaties, such as the Larimer Treaty of 1851, which gave local tribes extensive territory. But with the Pike’s Peak gold rush beginning in 1858, as well as other factors, the U.S. Government renegotiated the terms of the treaty. By 1861, the Treaty of Fort Wise took much of this land away, reducing the size of Southern Cheyenne and Arapaho land by 1/13th.
To preserve peace and the security of their people, many tribal leaders accepted the terms of the treaty. Of course, some were not happy with the decision, especially the Dog Soldiers comprised of Cheyenne and Lakota. By 1864, under the blessing of Colorado governor John Evans, Colonel John Chivington and his forces began attacking Cheyenne camps. The Cheyenne retaliated and furthered the aggression of U.S. Troops. But two chiefs, Black Kettle and White Antelope, continued working for peace by trying to establish a truce. The chiefs decided to fly American flags over their villages.
Despite the calls for peace, on November 29th, 1864, Colonel Chivington and a 700-man army attacked Native American campsites near Fort Lyon. Many of the villages’ men were out hunting, but Chivington attacked nonetheless, even with the American flag flying overhead and a white flag that was raised once the attack began. Most of those killed were women and children.1

The controversy surrounding this Civil War Monument has become a symbol of Coloradens' struggle to understand and take responsibility for our past. On November 29, 1864, Colorado's First and Third Cavalry, commanded by Colonel John Chivington, attacked Chief Black Kettle's peaceful camp of Cheyenne and Arapaho Indians on the banks of Sand Creek, about 180 miles southeast of here. In the surprise attack, soldiers killed more than 150 of the village's 500 inhabitants. Most of the victims were elderly men, women, and children.
Though some civilians and military personnel immediately denounced the attack as a massacre, others claimed the village was a legitimate target. This Civil War Monument, paid for by funds from the Pioneers' Association and the State, was erected on July 24, 1909, to honor all Colorado soldiers who had fought in battles of the Civil War in Colorado and elsewhere. By designating Sand Creek a battle, the monument's designers mischaracterized the actual events. Protests led by some Sand Creek descendants and others throughout the twentieth century have since led to the widespread recognition of the tragedy as the Sand Creek Massacre.2